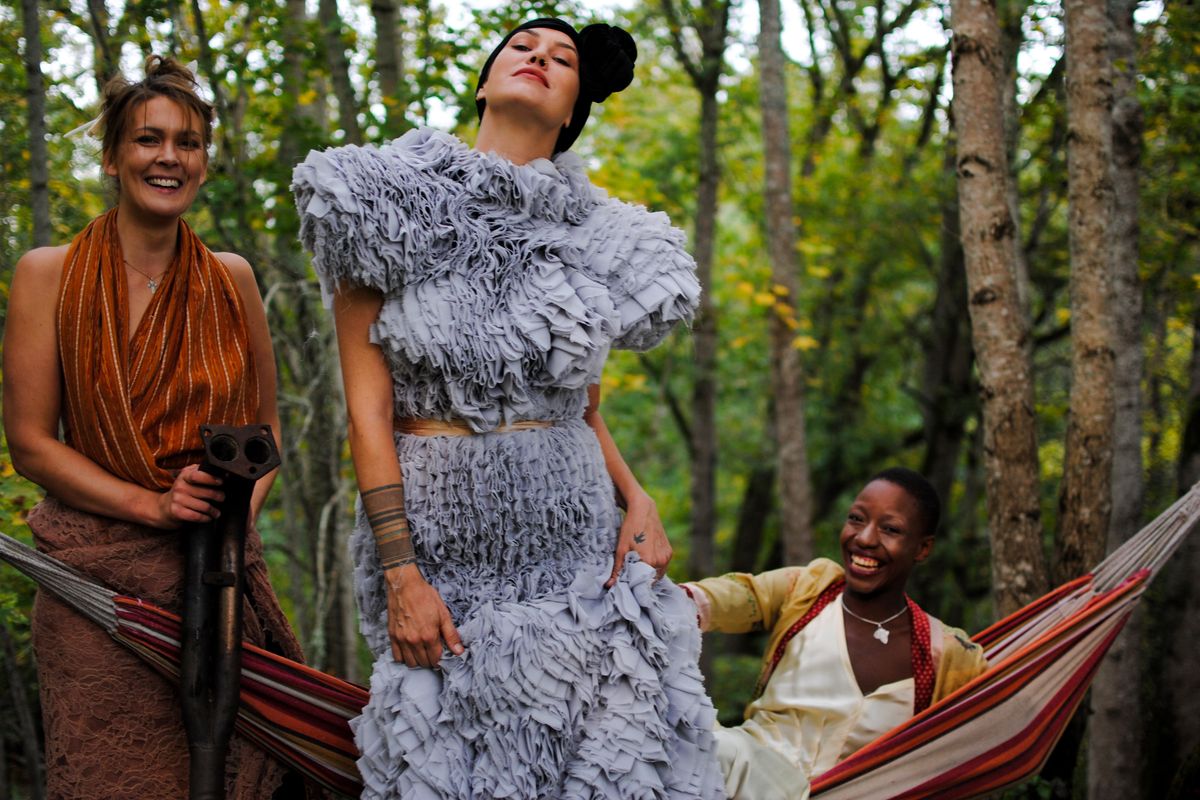 Go Behind the Scenes of Elliphant's 'Had Enough' Video

Swedish powerhouse Elliphant takes to the countryside of her native home in "Had Enough," out today. The Florian Dezfoulian-directed visual brings together two of the musician's "oldest friends," as they play around in wild fashions by Sandra Backlund, O.L.D by Linda Lindgren, and Valerie. Flipping between lighter, rustic scenes and more dynamic evening shots, "Had Enough" aims to represent the dichotomy of dark and light that lives inside all of us.

“This video shoot was very special to me because it was filmed in my rustic country house with two of my oldest friends," Elliphant says. "It was a super spontaneous shoot and everything that could go wrong did, but it still turned out beautiful. We had almost no electricity and no real plan, so we just dressed up in amazing clothes and did our thing. It is a true moment of friendship and spirituality, and I think you can feel the realness through the lens."

"Had Enough" was produced by Mark Rankin (Adele, Florence and the Machine), and arrives in anticipation of Elliphant's forthcoming third studio album. It follows the release of Elliphant's "most personal release" to date, "Uterus," which she recorded in one take at the Silver Lake studio of producers Peter Harper and Jason Blynn. On it, she reflects on the recent birth of her baby girl, singing about the safety of a womb and how life immediately thrusts you into challenges.

With "Had Enough," though, Elliphant pictured walking in on herself sitting alone — miserable and drunk — at a pub. "You've definitely had enough, so you walk up and try to talk some sense into yourself," she says. "But it's not the easiest thing to get through. Sometimes in life, the smoke gets so thick that you can't see it's actually yourself making the fire. 'Had Enough' is about waking up to a destructive self, facing it and making a change."

Stream "Had Enough" by Elliphant, below.