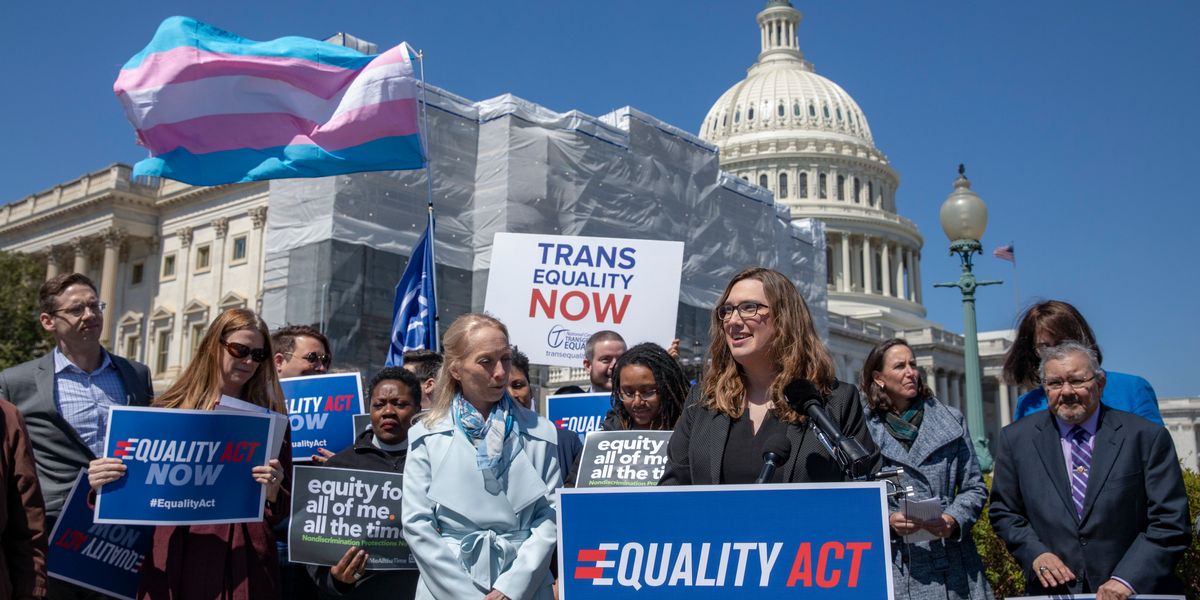 The 'Rainbow Wave' Signals Hope for This Country

As vote counts continue to trickle in with no clear winner in the presidential race, and both officials and experts warning that we might not know for quite some time who definitively won the election, it's important to remember that Joe Biden and Donald Trump weren't the only candidates on the ballot.

One of the more hopeful stories to emerge from yesterday's results is the number of openly LGBTQ+ candidates projected to win in their respective races across the country. In what many have begun to call the "Rainbow Wave," election night saw saw several historic firsts for the community.

In Delaware, Sally McBride became the first openly transgender state senator, earning her the distinction of now being the highest ranking trans politician in the United States. In Vermont, Taylor Small became the state's first trans legislator and in Kansas Stephanie Byers became the first trans person of color to be elected to her state's legislature, as well.

This news comes only three years after Danica Roem made history as the first openly trans legislator in the country after being elected to Virginia's House of Delegates. Roem is one of only four openly trans state legislators that currently hold elected office in the entire country, three of which are currently up for reelection.

With the addition of McBride, Small and Byers, as well as two other races that have yet to be called, the number of openly trans state legislators could possibly double.

Torrey Harris and Eddie Mannis both won their bids for the Tennessee state House, making them the first two openly LGBTQ+ individuals to be elected to the state legislature with a possible third on the way given that Brandon Thomas' race is still undecided. Jabari Brisport became the first openly LGBTQ+ person of color to be elected to New York's state legislature, and in Hawaii, Adrian Tam successfully fended off the leader of the Hawaiian Proud Boys in his race and will remain the only openly LGBTQ+ member serving in that state's legislature.

"With the presidential race up in the air, it is admittedly tough to focus on the positive," Mayor Annise Parker, the President and CEO of LGBTQ Victory Fund, said in a statement. "Last night LGBTQ candidates made historic inroads in state legislatures across the country, winning in states and chambers where we never have before. Trans candidates in particular had unprecedented victories, including electing our first trans state senator and almost doubling the number of trans state legislators. These down-ballot victories reflect where America stands on the inclusion of LGBTQ people in our nation's politics and each one represents an important step forward on the march toward equality."

Parker goes on to point out that homophobic and transphobic ads against openly LGBTQ+ candidates have devastated races in some key swing districts that had been looking promising just a few weeks prior. She said, "Bigoted politicians and operatives who thrive in the politics of hate were able to peel away support from voters who don't yet know our community. We refuse to allow these tactics to become part of the political playbook for those running against LGBTQ candidates."