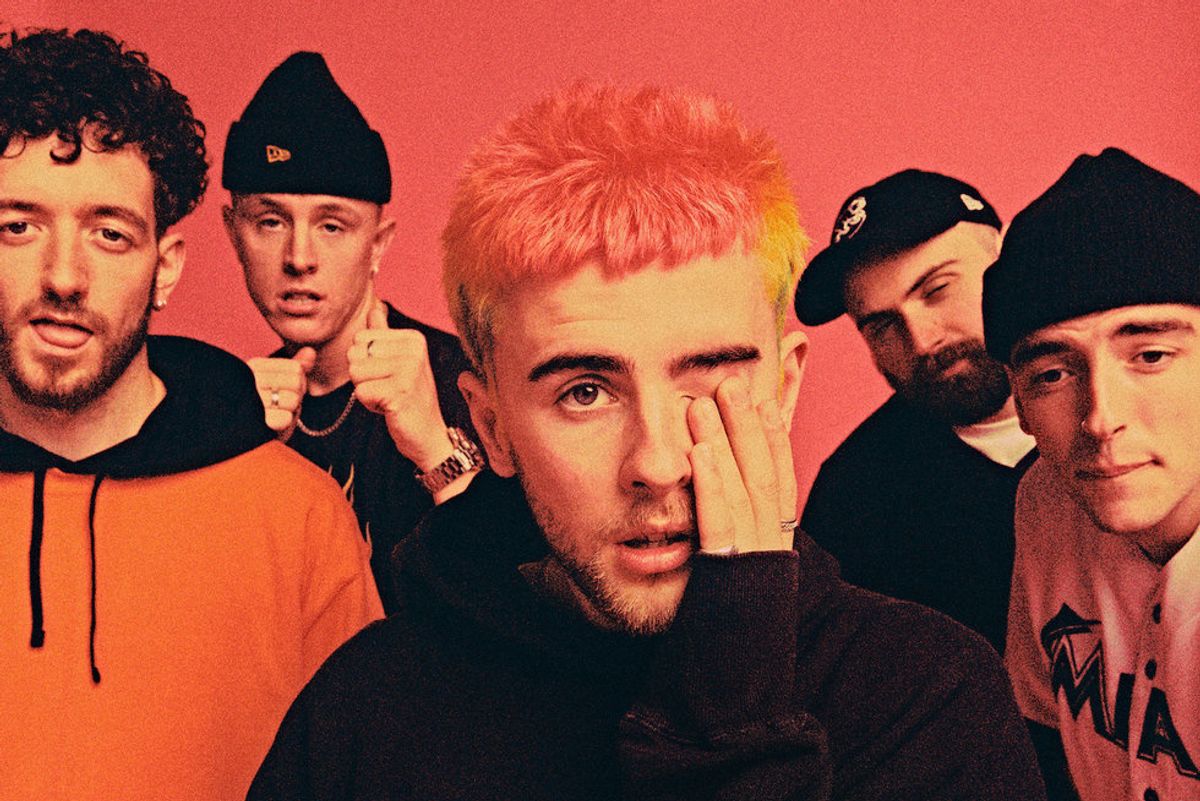 The best humor can often be found in double entendre. British boy-band Easy Life understands this, as heard in their cheeky new single and video for "Nice Guys."

That's not to say that the quintet isn't full of nice guys (they do their best), but they point out that being "nice" isn't necessarily enough to get by in life. "Some of the nicest people I know have had a really hard time recently through no fault of their own and that was the stimulus for the tune, 'nice guys come last,'" lead singer and lyricist Murray Matravers says.

In "Nice Guys," the band attempts to make life's difficulties a little easier to manage. "Life can be super depressing if you let it [be]," Matravers says. "For me it's important to try your hardest to laugh things off and move on. Music is a salvation when things get shit and when things aren't so bad music can remind you of how blessed you are too."

Easy Life's new song also plays on the urban legend of nice guys coming last in the bedroom. This interpretation comes alive in the Greg Barth-directed video via a fictional cult, who takes an abstinence pledge before a seemingly hairless leader. There's also a "cameo" from infamous not-nice guy Donald Trump. If that sounds chaotic, it's meant to. The video is also a "nod towards the 1960's Beatle-mania and boy-band hysteria of that time."

This hysteria is shown during a scene where the band performs on a fake talk show to an audience of proudly chaste girls who soon begin to lose their religion. Let's just say that right around Matravers' singing the line "We fuck all night, we can't sleep," things really start to get...horny.

The "Nice Guys" video is certainly layered, which makes it a more compelling watch. Also, Easy Life's music similarly walks a fine line between irony and reality. "Most of our songs walk this same line lyrically in which I myself get confused between what is satire and what is the truth," Matravers says. That said, the band is keen on documenting what feels real to them with an anthemic, cross-genre sound that blends pop, R&B, and hip-hop.

Easy Life is a fairly young band, both as men in their early twenties and as a group that only just formed in 2017, but they are only picking up more steam. The quintet, who is signed to Interscope, released a six-song project Spaceships Mixtape this year, and and are kicking off their first North American headlining tour in 2020.

When he's not vindicating nice guys or tackling modern youth-focused issues in his music, Matravers focuses on staying positive.

"I was reading recently that positivity is actually largely about genetics, almost to the same extent as something obvious such as height and hair color," Matravers says. "So maybe I'm descended from a long line of optimists, who knows."