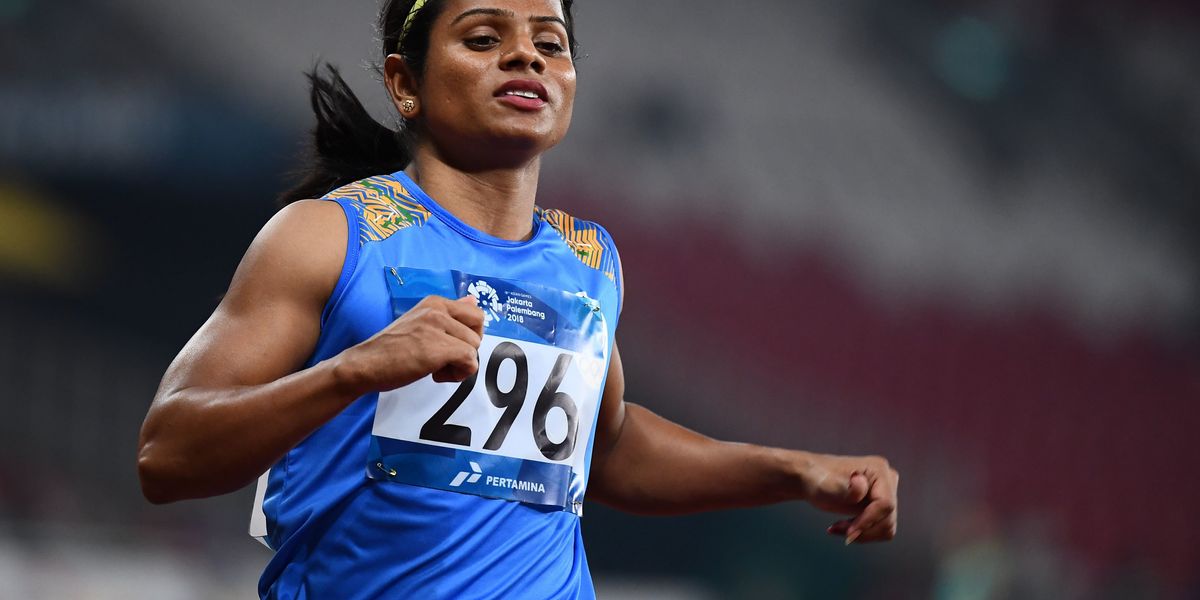 Indian Sports Star Dutee Chand Opens Up About Her Sexuality

Indian's fastest woman, aspiring Olympian Dutee Chand is the first Indian elite athlete to speak openly about her sexuality. The 23-year-old sprinter told the Indian Express she found her soulmate — a girl from her hometown who she's known for a few years now.

"I have found someone who is my soulmate. I believe everyone should have the freedom to be with whoever they decide they want to be with," Chand said in an interview. "I have always supported the rights of those who want to be in a same-sex relationship. It is an individual person's choice."

Chand continued that she has no plans to "formalize" their relationship. "Currently, my focus is on the World Championships and the Olympic Games but in the future I would like to settle down with her."

Though India has yet to legalize same-sex unions, in September last year the Supreme Court has made the historic decision to decriminalize same-sex relationships. Since then, Chand has gathered the courage to speak out for LGBTQ+ rights and the LGBTQ+ community.

"I have always believed that everyone should have the freedom to love. There is no greater emotion than love and it should not be denied. The Supreme Court of India has also struck down the old law," she told the Indian Express. "I believe nobody has the right to judge me as an athlete because of my decision to be with who I want. It is a personal decision, which should be respected. I will continue to strive to win medals for India at international meets."

Online, people have been showing their support for the athlete, saying that Chand's pride as a member of the LGBTQ+ community is a step forward for all Asians — especially for queer women.

India's fastest female sprinter @DuteeChand says she’s in same-sex relationship, a courageous public admission in a society where this won't go down well despite her sporting accolades https://t.co/EUWBHKeCTR

Dutee Chand just made it easier for a whole lot of young girls to be able to come out as queer or at least to feel more okay with their sexuality. Props to her and her bravery.

Big love to Dutee Chand who has now opened up the conversation and hopefully made it that bit easier for young women and men within the Asian community to be open about their sexuality and live a free life ❤️ https://t.co/huP0zdQahP

Whoa. This is HUGE:
India's FIRST elite athlete 'to acknowledge being in a same-sex relationship'.#DuteeChand has set a precedent here for athletes across sports.https://t.co/GvPXTHzWEE

First, she took on the IAAF, fought a successful court battle, went on to win Silver at the Asian Games. Now, this. Surely, Dutee Chand is already one of India's most inspirational stories. 👌👏 https://t.co/7mEHGVEpc5