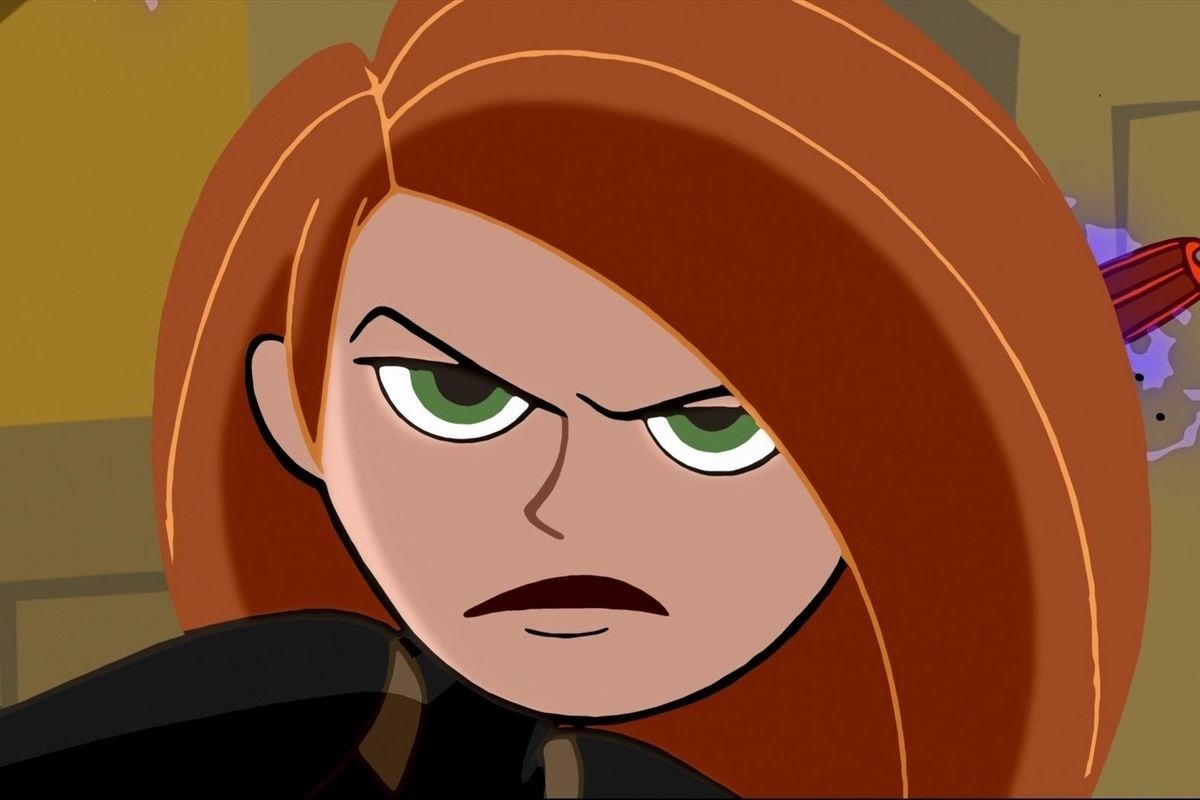 By now you've heard the sitch: Disney Channel has announced the production of a live-action film reboot of Kim Possible, everyone's favorite crop-top/ cargo pant redhead. According to this Tweet, the soon-to-be legendary DCOM (that's Disney Channel Original Movie, though if you didn't know that, we're not sure why you're reading this) has already begun casting:

Which is why we have some important opinions on who should play the most iconic of animated spies and her friends and nemeses. Disney Channel, listen up:

Here's the thing about casting Kim: she needs to be both a fashion icon (do we need to remind you of Z's 2017 Met Gala masterpiece?) and a lovably awkward regular high schooler, with homework and crushes and puberty issues. We'll direct you toward this big mood if you were unsure what she's capable of:

Alternatively, and depending on the script, we'd love to see Lindsay Lohan's big comeback be as Ms. Possible. She's perfect for the role if we're assuming the writers have aged Kim and her crew 11 years, since the original show ended in 2007. We're assuming this Kim is struggling to keep up with the perky 19-year-olds making a splash on super-sleuth scene. This Kim may or may not have a cigarette addiction and a scene where she cries into her high school yearbook and then starts eating the pages.

Maybe it's because Ron Weasley and Ron Stoppable both are named "Ron," but we can't seem to get the Harry Potter star out of our heads when we picture Kim's lovable, awkward side-kick IRL. He'd have to die his hair blonde... but that actually might yield results we'd call amazing?

Backup option for us would be Lucas Hedges — he looks the part and has an Oscar nom, which would give this film the awards season credibility it deserves:

We're assuming the actor playing Rufus will be in a naked mole rat costume, or else holding a puppet of a naked mole rat since CGI is definitely something to be left behind in 2017. Which is why it's crucial that Rufus is portrayed by someone who can bring a chameleon-like transformation and breathtaking believability to the role. Day-Lewis said he'd be retiring from acting after Phantom Thread, but if anyone can convince him to return to his craft it's the executives at Disney Channel.

Alternate option: Meryl, naturally. If her portrayal of Maggie Thatcher is any indicator, we won't even be able to tell we aren't watching a real naked mole rat scurry about the silver screen.

We'd love to see some gender-bent casting to really elevate this film into 2018 territory, and is there a better idea than dressing Mindy Kaling as a drag king to portray a 10-year-old cyber hacker? We certainly can't think of one.

Someone with serious presence is required to play Kim's green-energy-blast-throwing nemesis. We're thinking a fun angle could be that the live-action Shego barely moves a muscle in any scene, instead opting to lounge and sip a martini as she wards off Kim's attempts to thwart her.

The CGI Okja as Dr. Drakken

Ok, we know we said CGI is over, but there's one notable exception: the CGI Okja in Okja, who delivered such a strong performance we think it should be considered for more film roles. And what better way to cross over into teen movies than getting cast against type to show off Okja's versatility?