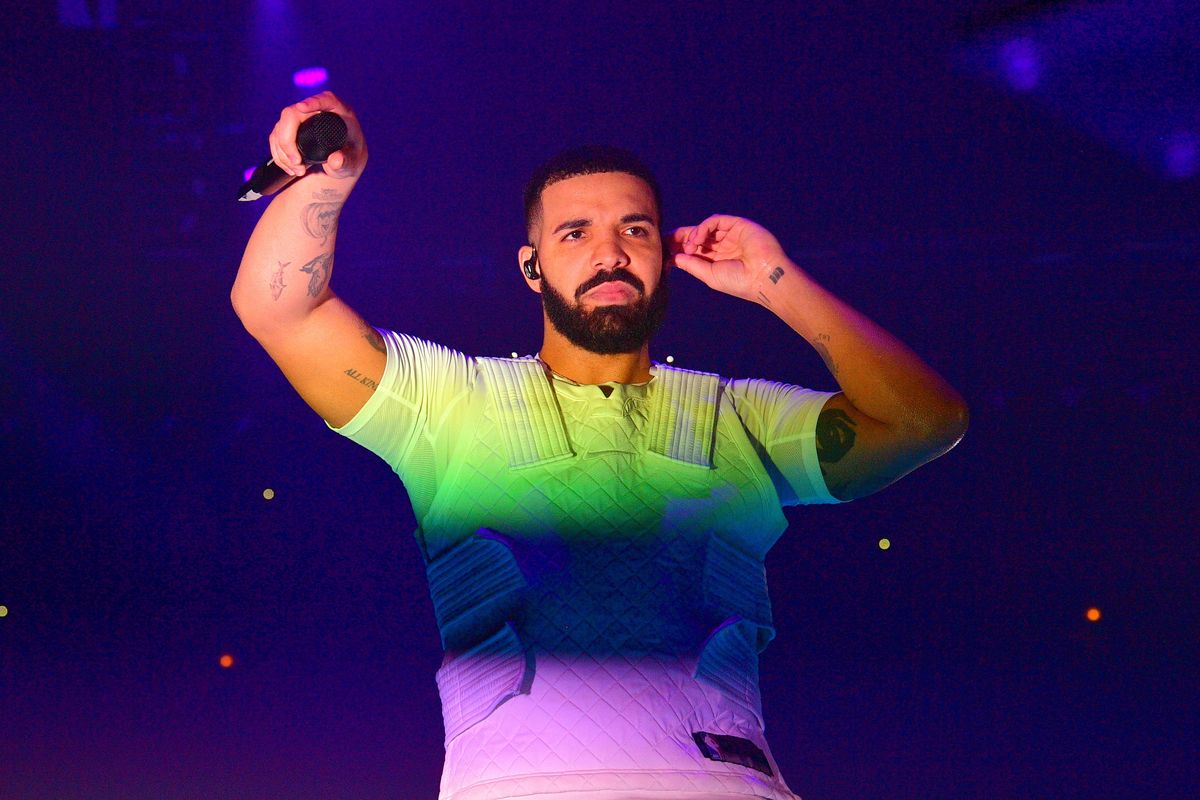 Everything seems to be still going according to "God's Plan" in Drake's world, despite the coronavirus outbreak. He shared a post to Instagram today urging fans to "connect" to their own "inner light" during these dark times. Fans seemed to appreciate the message, but and also took notice of the fact that — for the first time — the musician had shared a photo of his son, Adonis Graham.

"I love and miss my beautiful family and friends and I can't wait for the joyful day when we are all able to reunite," he wrote in the caption of his slide show IG post. Drake poses for a family portrait in one photo, holding his son next to Adonis' mother, Sophie Brussaux. He also posted a couple mid-play snapshots of the toddler, including an adorable one of Adonis driving around his teddy bear.

@champagnepapi on Instagram: “What is most important for you right now is to connect to your own inner light. This will create the biggest opening of all. Trust that you…”

The news first broke of Drake having fathered a child back in 2017, and hints were dropped over time in some of his subsequent tracks. He hasn't spoken publicly on the matter except through his music until now. It's something to tide fans over with during these scary times — keep that light on, and enjoy the adorable pics.