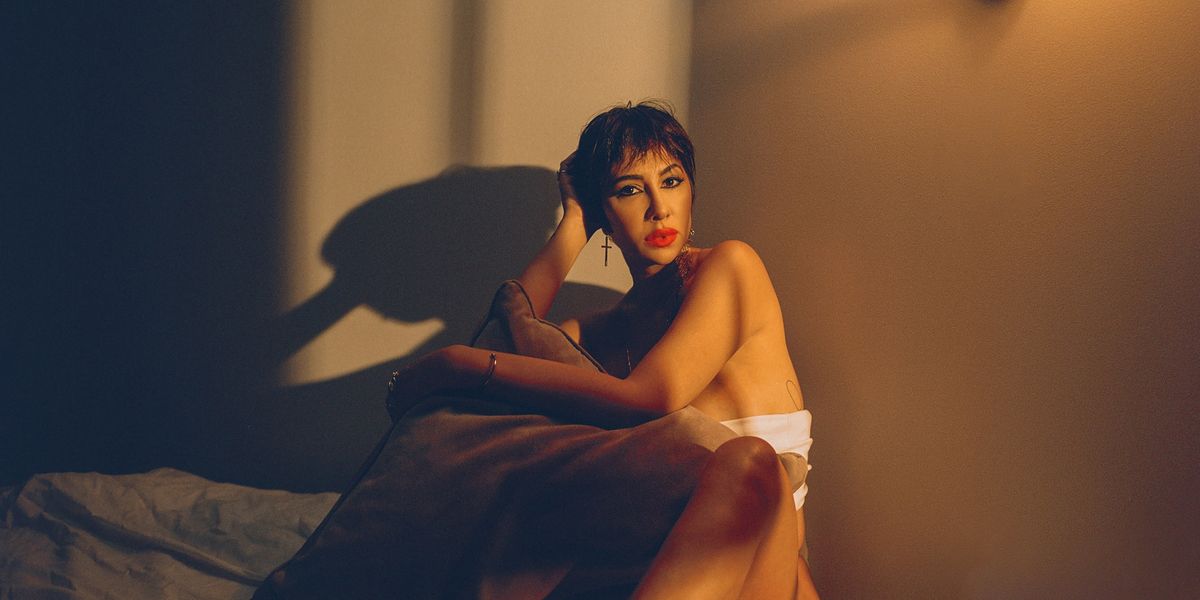 Orange is the New Black is sadly coming to an end, but Jackie Cruz is just getting started. After spending seven seasons playing the unforgettable Flaca, the Dominican American actress and singer (also: face of Kat Von D's new mascara line!) is telling her own story through music.

Cruz's previous single "Melly16" was a catchy track about triumph over adversity. The beat hid a tragic story — as a teenager, Cruz suffered an almost-fatal car accident when a friend's car flipped during an impromptu street race home after a pop concert. Lying in hospital and recovering from a number of traumatic injuries, Cruz found herself losing hope. Until she met the 10-year-old Melly, a wheelchair-bound fellow brain surgery survivor with an upbeat attitude about life.

Now Cruz is back with a sensual song about lust, longing, and that the anxiety that comes with new relationships featuring LA-based El Salvadorean rapper Feefa. It arrives just in time to soundtrack your summer flings.

Premiering on PAPER today, watch "Don't Waste My Time" by Jackie Cruz, below.