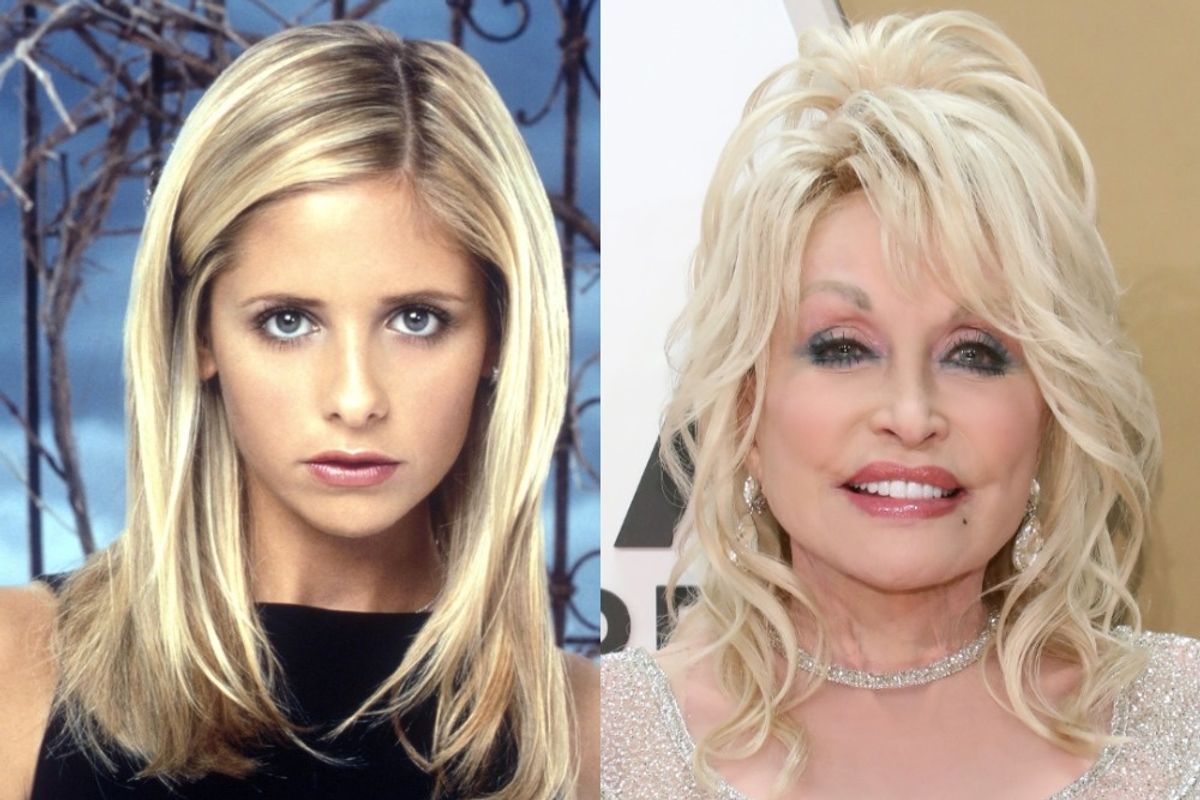 Of Course Dolly Parton Was an Uncredited Producer on 'Buffy'

I love discovering that my faves are friends. That's how the internet's feeling today after finding out that, when she wasn't dominating the country charts, Dolly Parton helped produce Buffy The Vampire Slayer according to Page Six.

Parton was never credited or visibly associated with the Joss Whedon-created show, which debuted in 1997 and ran until 2004 starring Sarah Michelle Gellar. However, without Dolly, there may never have been Buffy at all.

A fact only real Buffy fans know: the iconic late '90s show was based on a flopped 1992 film of the same name starring Kristy Swanson, Luke Perry, Hillary Swank and Donald Sutherland. The story of Buffy would have languished in trashy thriller obscurity, if not for the production company Dolly founded and oversaw, Sandoller Entertainment (known for family movies like Father of the Bride, Kicking and Screaming and Fly Away Home) . Sandoller's executive producer Gail Berman saw potential in the lackluster film, bought the rights and took it to Warner Bros.

Thank you, Dolly, for your service as always. While Dolly's campy sensibility and career-long emphasis on telling women's stories is perfectly in-line with the show, it's unclear exactly what her involvement actually was. Sandoller, Berman and Dolly's business partner Sandy Gallin are credited both on Buffy and spin-off show Angel. The only overt connection between Parton and the show is that Buffy's character shares the singer's birthday: January 19.

The Dolly-Buffy connection has been known in the industry for some time. In a New York Times interview, Berman recounted how, at a lunch meeting, Parton wrote her a check after finding out that she was being paid less than her male counterparts on the Buffy team.

However, most of us just found out, and are celebrating accordingly.

I was today years old when I found out that dolly parton was an uncredited executive producer on buffy the vampire slayer
— sarah (@sarah)1587583664.0