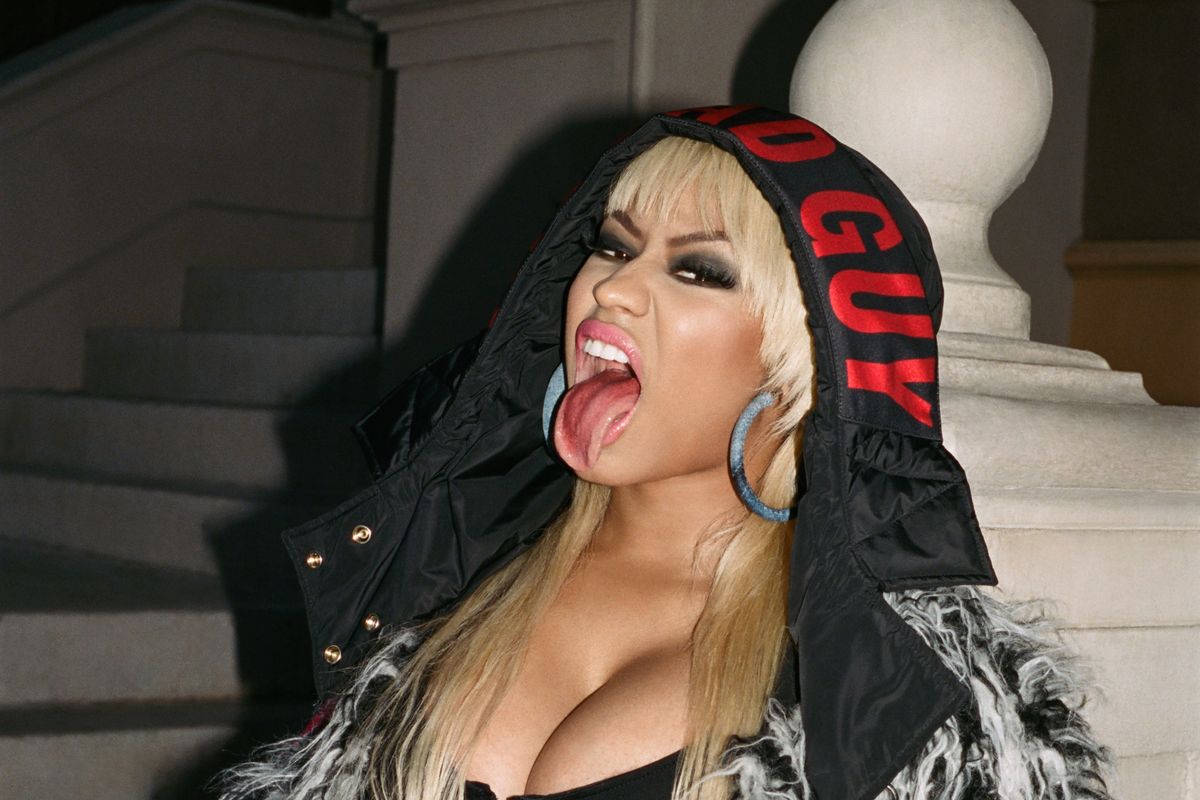 Today, Italian clothing label Diesel has released a collection, accompanied by a short film and campaign, titled "Hate Couture." The project features 10 prominent figures including Nicki Minaj, Gucci Mane, Tommy Dorfman, and Bella Thorne wearing customized ensembles that incorporate the criticisms they've faced online. Model Barbie Ferreira poses with cake in a top marked with the word "fat," while Minaj owns being called "the bad guy," and Gucci Mane wears a shirt with the words "fuck you, imposter" strewn across it. The campaign's central message is that wearing insults strips them of their power.

A series of t-shirts, hoodies, and denim jackets, now available on Diesel.com, bears negative commentary the brand has faced in recent years including "not cool anymore," and "is dead." Starting on October 6, Diesel will allow customers at select stores to customize pieces from Haute Couture. A portion of the sales proceeds will go to the OTB Foundation (Diesel's parent company OTB's philanthropic venture that) to promote anti-bullying and cyberbullying programs around the world.

Reclaiming Internet trolls' insults on clothing is fashion's latest attempt at empowering consumers. In a recent unsuccessful effort, Lara Pia Baroncini's clothing line LPA emblazoned sweatshirts with negative comments directed at Lena Dunham, Cara Delevigne, and Suki Waterhouse, among other celebrities. When an image of a thin model wearing a sweatshirt that read "Being fat is not beautiful it's an excuse," (a remark aimed at model plus-size Paloma Elsesser) was found on the Revolve website, the capsule quickly lost credibility.