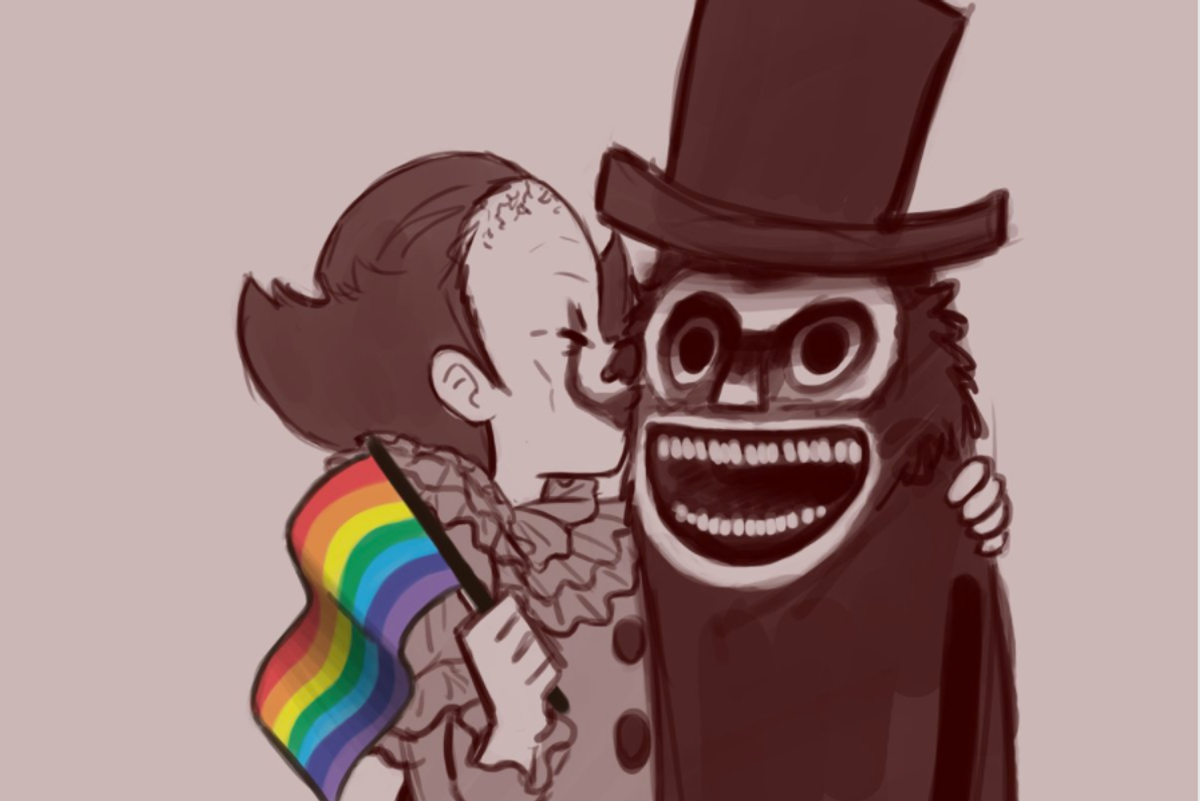 Did You Know That The Babadook And Pennywise The Clown Are A Power Couple Now?

It's been several months now since Netflix mis-categorized supernatural horror movie The Babadook as an LGBT movie, the Internet noticed, and The Babadook officially became Gay Icon: The Babadook.

We must admit, we were starting to wonder why Baba hadn't found himself a nice man. If an internet-famous physical manifestation of guilt and grief that lives in an Australian basement and loves Etsy-quality pop-up books can't get a text back, things certainly do not bode well for the rest of us. Luckily, it seems that Baba has finally found his equal in the form of sewer dwelling clown that eats children's fear, Pennywise the Clown from It! Or at least, that's what Twitter says!

As the Internet began to process last weekend's release of the It remake in meme form, it wasn't long before people started putting two and two together about this ruffle-wearing clown who loves antiques...

And the great #Pennydook shipping commenced...

The Babadook and Pennywise the clown are our new LGBT icons. They are boyfriends and I didn't just decide this, it's a thing trust me
— Sebastian Murray (@Sebastian Murray)1505279715.0

Find someone that will look at you the way pennywise looks at the babadook #PennyDook https://t.co/rrT8aZZ9JP
— Portis Head (@Portis Head)1505357002.0

pennywise and the babadook are gay lovers, the sequel to both their films is about their fight to get married in 2009, no one better deny it
— Spennett (@Spennett)1505200697.0

Couldn't be happier for these two lovebirds. Rise, Pennydook!