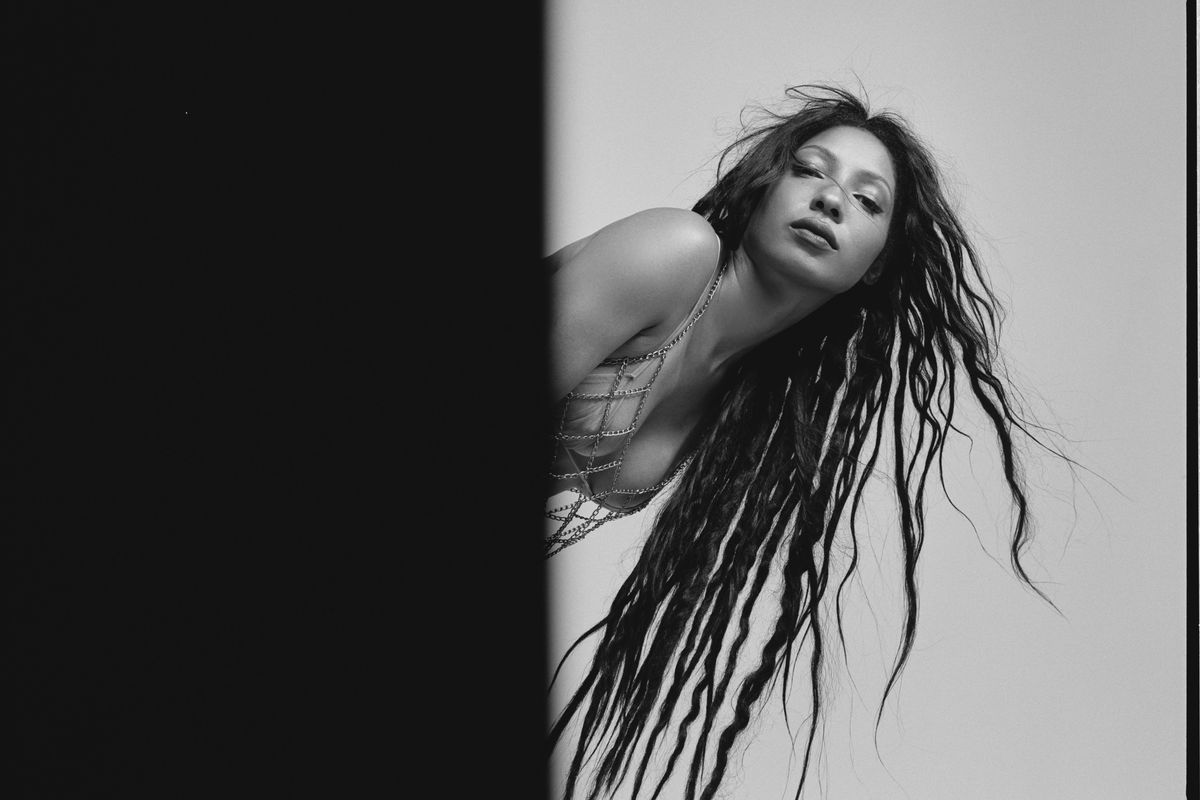 After years of cutting her teeth in the music industry — writing and producing songs for acts ranging from Beyoncé to Chloe and Halle, and performing cult classics as Wynter Gordon — Diana Gordon experienced a very human reinvention in 2016. It was a year of political upheaval and personal revelations, as Gordon reconnected with her long-lost brother, who had cycled in and out of homelessness, for the first time in 16 years. Her journey inspired the critically acclaimed EP, Pure, and a renewed vow to furthering human consciousness. With her new Wasted Youth EP, out today, Gordon continues her penchant for searing truth-telling — a requirement for surviving the time we all face now.

Below, Diana Gordon writes about her relationship with her brother, David, the struggles homeless people face and why it's more important than ever to care for those most vulnerable.

In 2016, I moved to Los Angeles. It was a year of intense change, and it was also the year I found my brother. My brother David had been missing for 16 years when I spotted him on the highway. He was homeless and dirty. His eyes were rolling into the back of his head when he spoke. When he did speak, his words were fragmented. It was obvious — some form of mental illness had set in.

Aside from all the overwhelming joyous emotions I felt to finally have him at arm's reach, my joy was overshadowed by seeing how bad the years had been to him. He was not the same in person as I last remembered him.

For the next few years up until literally last week, David has been in and out of my house and hotel rooms that I booked for him. I have learned so much about the issues homeless people face from my brother. I have a greater understanding and love for the people who wake up every morning to fight another day on the street.

COVID-19 has just added another challenge to surviving as a homeless person.

Stop and imagine this scenario: It's a rainy night, your clothes are soaking wet and it's so cold you can see your breath. You are lying down on a piece of plastic bag in the mud. You have a toothache so bad that your face is throbbing and you want to yank it out yourself to stop the pain. You have the chills and a cold as well, but there's no money for medicine and nowhere to get hot soup. You have not eaten all day and you are starving, but the garbage cans where you usually get your meals are empty because there is no tourism and people are quarantined in their homes. You are exposed to the elements and to the looming danger of a pandemic you are not prepared for. What do you do?

"All homeless people need people who care. And to begin any kind of treatment, they first need an address and a safe place to begin healing."

This is my brother's situation. Beyond community-oriented recommendations from the Centers for Disease Control and Prevention (CDC) designed to protect homeless service providers, "staff, clients and guests," it's hard to know exactly how to respond to mass cases of potential COVID-19 infection among the homeless population. And every homeless person, as well as their needs, is different. In David's case, he is schizophrenic. He does not do drugs. He's had a rough hand dealt to him since childhood. As a child, he dealt with violence and abuse, then the foster care system — life has added trauma upon trauma. And in America, it doesn't help to be a dark-skinned Black man grappling with mental illness and self-identity.

Last week, I picked him up from the usual spot he frequents by the highway. He was soaking wet, so I took him home. I put on my gloves and mask and took him straight to the shower where I personally scrubbed him down. Please understand he is a 40-year-old old man. I keep a blow up mattress and fresh, unworn, comfortable clothes for him at all times. I served him snacks and dinner. He asked to watch Ninja Turtles and I put it on. He asked for a pizza because the Turtles liked pizza and I ordered him two pepperoni pies. He ate six slices and asked me if I had a cigar and Coca-Cola. David rarely drinks water and because of this, suffers headaches and all sorts of ailments that have yet to be diagnosed. I offer him water and fruit; I have no cigars.

It is the beginning of nationwide quarantine and I don't plan to go out and get a cigar. He begins to get angry and says he's starving. He says he wants to go because he always finds what he likes in the trash. I begged him not to go. I tell him if he leaves he won't be able to come back for a while because of the quarantine. I tell him the trash will be empty. He slept for one night and then left. I am used to this behavior. It's very hard to get legal custody of a relative without their legal consent. Attempting to fight for custody of a relative costs tens of thousands of dollars in legal fees, and it's not likely I'll win. I love my brother and he clearly cannot make sound judgments for his own life and safety, and I want to be the person to do it but the system is not on my side. This is a human rights issue.

And again, it's of utmost importance to remember that not all homeless people are the same. Ideally, there should be tiers and levels of solutions that would be effective in helping them: Some simply need a job and consistency and a place to call home; some need rehabilitative services; some need medication and full-time care; some need legal guardians and support; some need steady nutrition; some need therapy; some need all of the above. All homeless people need people who care. And to begin any kind of treatment, they first need an address and a safe place to begin healing. Our country has the money for this. Our taxes don't cover healthcare, but we do have trillions of dollars allocated for wars. I pray that with constant conversation and diligent work, we will see a change in the years to come with how our most vulnerable are treated. That change is needed now more than ever.

To help, donate to the National Alliance to End Homelessness and their relief efforts, here. If you're a care provider for the homeless population and need a list of resources and recommendations, the CDC has a comprehensive list, here.