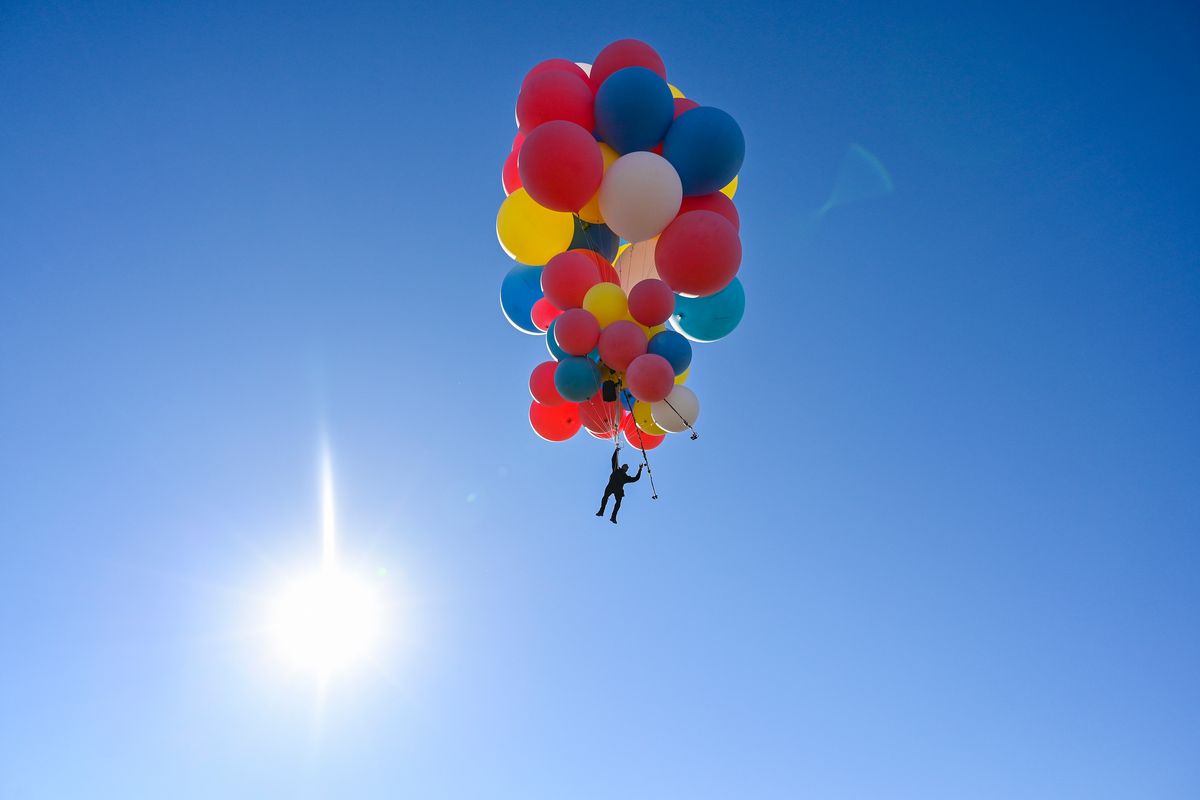 You Can Probably Guess What David Blaine's Favorite Pixar Movie Is

If you had David Blaine flying over the Arizona desert suspended by a bunch of balloons on your 2020 bingo card, congratulations! Please come collect your prize and do tell us, wise oracle, what the rest of this utterly psychotic year has left to throw at us because keeping up with it has been exhausting.

Related | Of Course, Nickelback's Comeback Is in 2020

In what is an arguably welcome distraction from the bleak reality that currently surrounds us, famed illusionist, daredevil and one-time Hollywood heartbreaker, David Blaine, performed a stunt yesterday that was straight out of the 2009 Pixar film, Up. Strapping himself to 52 helium-filled balloons, Blaine lived out every child's fantasy (or greatest fear) by floating up high over the Arizona desert and getting stranded at 18,000 feet.

Calling the performance, Ascension, Blaine underwent rigorous skydiving and breathing in a low-oxygen environment training prior to the stunt as well as testing the balloon rig but admits that prior to today he's "never gone up beyond just a few hundred feet." There will be crews on stand-by to monitor Blaine's vitals and ensure that everything goes according to plan but it will be up to the magician himself to endure the thin air and freezing temperatures in order to parachute back down to safety. The whole stunt was streamed on YouTube, where viewers were able to see what Blaine experienced at such high altitudes from a first-person perspective.

Suffice to say, everything ultimately went according to plan with Blaine reaching an altitude of 24,900 feet before making his return back to terra firma. It was reported that Blaine initially wanted to perform the stunt over the Hudson River in New York City, but due to weather conditions had to relocate to the arid desert climate of the Southwest.

Watch the whole thing back below.