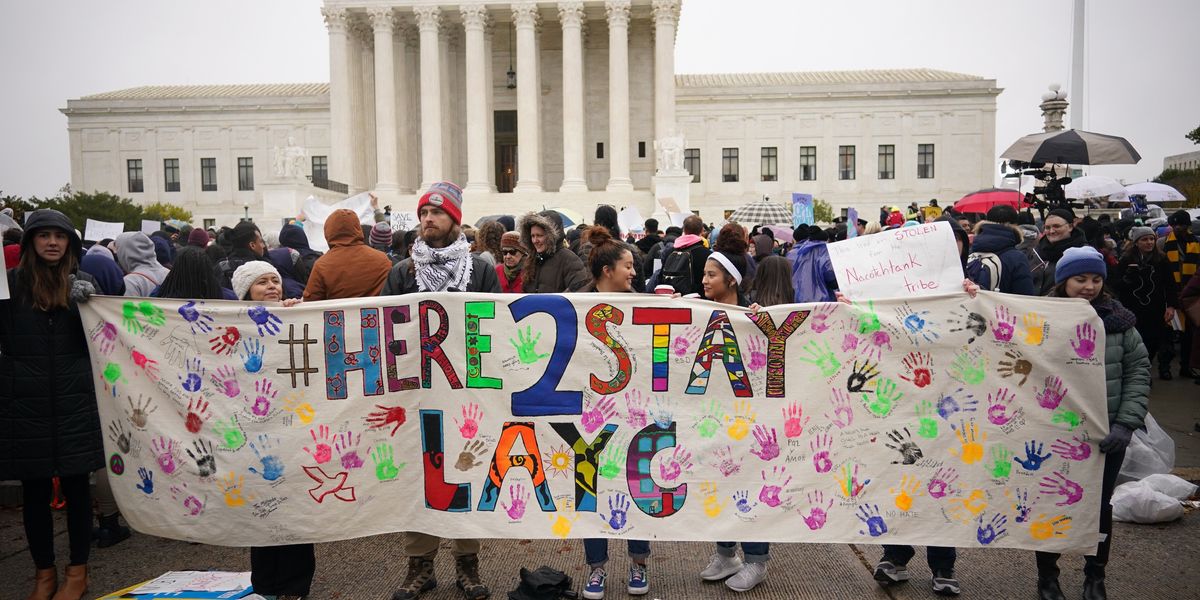 The future of around 700,000 immigrants is at stake today, as the US Supreme Court hears arguments in a case testing the legality of the Deferred Action for Childhood Arrivals, or DACA, program. In light of this landmark case, #HomeIsHere and #HeretoStay is trending online.

Related | 7 States Are Trying To End DACA In New Lawsuit

Our #HomeIsHere. Today the United States Supreme Court will hear the arguments and stories of #DACA recipients. We… https://t.co/xgtyjPwxDM
— United We Dream (@United We Dream)1573565577.0

The DACA program was originally established during the Obama administration to temporarily shield young undocumented immigrants — most of whom arrived to the States as young children — from deportation. The individuals affected by DACA are often also called DREAMers in reference to the Development, Relief, and Education for Alien Minors Act that failed to pass in Congress several times.

Seven months after taking office, President Trump tried to revoke DACA, but was blocked by the lower courts. According to NPR, after seeing the significant contributions that DACA recipients have made to American society, Trump "kept waffling back and forth" over a DACA deal between Republicans and Democrats in Congress, even with his pro-deportation and anti-immigration platform in place.

Ultimately, back in 2017, then-Attorney General Jeff Sessions declared that DACA would end, arguing that it was illegal and unconstitutional.

Many political figures refute this idea, arguing that deferred action for particular groups has been around since the Eisenhower administration, and can't be abruptly abolished on questions of legality.

"If they had done a full policy review and had set forth all their reasons and demonstrated that they had weighed the pros and cons and just came to a different conclusion, they might be able to prevail in this case," Janet Napolitano, former secretary at the Department of Homeland Security, told NPR. "But they didn't do that. Instead they just simply issued basically a one-sentence order that said since DACA is illegal or was illegal, we're going to undo it."

While today is an important day for the DREAMers whose security is at stake, a final decision on DACA won't be rendered until summer 2020.