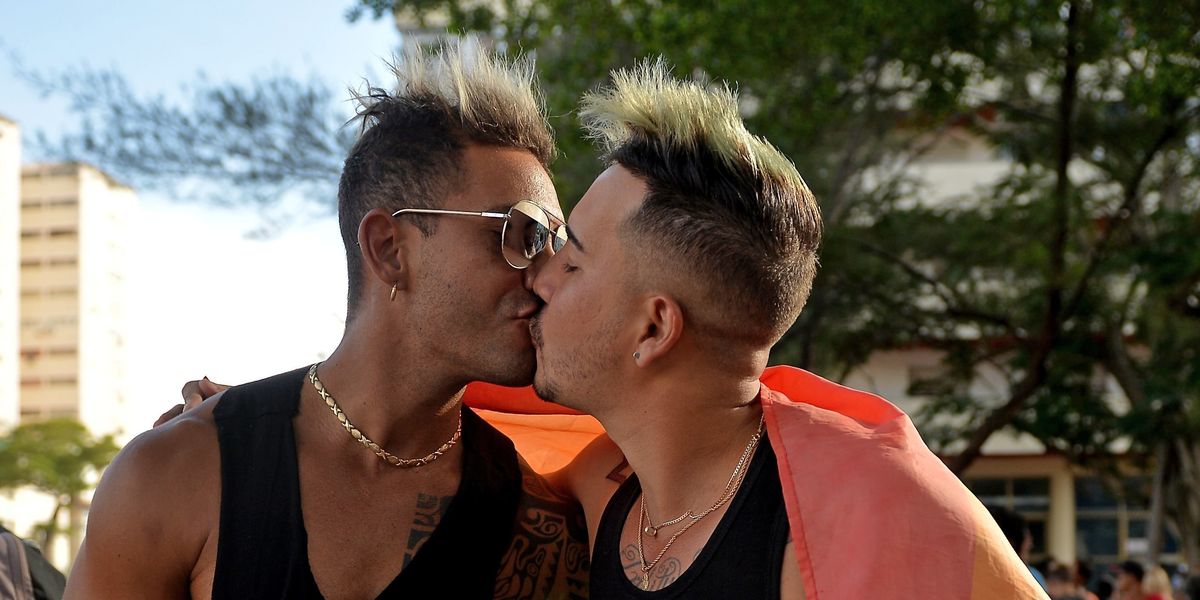 Following behind Latin countries like Argentina, Brazil, and Colombia.

Cuba is the latest Latin American country to be on its way to legalizing the institution of same-sex marriage. Preceding it are countries like Argentina, Brazil, and Colombia. Previously defined by decades of homophobic policies and cultural attitudes, Cuba is currently in the process of revising its constitution with this addendum, describing same-sex marriage as "the consensual union of two people, regardless of gender."

The update to the constitution, which is called the Magna Carta, replaces an earlier definition of marriage: "the voluntary union between a man and a woman." Legislators within the Cuban Parliament voted unanimously to uphold the referendum, which will be put into the constitution later this year, The Guardian reports.

Before the vote, debate in favor of and against the proposed same-sex amendment arose, creating a rare and open dialogue around LGBTQ rights in the Communist-ruled country. Five of Cuba's evangelical sects joined forces to create an open letter last month, pronouncing the sanctity of marriage as something "exclusively the union of man and woman." They went on to write that "the ideology of gender has no relation with our culture, our struggles, or with the historic leaders of the Revolution."

After the Communist Revolution, there were slow moves toward more liberal cultural attitudes involving the LGBTQ community. Cuban ally, the Soviet Union, made their own attempts to quash LGBTQ rights, alongside Fidel Castro's own enforcement of policies such as the mandate that effeminate men — often seen as an abomination within traditional Latin culture under the thumb of the Catholic Church — undergo conversion-aversion therapy. By the end of the 1970s, same-sex consenting relationships over the age of 16 had been decriminalized, led by the People's Supreme Court of Cuba, which gave rise to a series of still more inclusive actions, including the presence of literature and television shows with gay subject matter, and free sex-reassignment surgeries for transgender individuals by 2008. Additionally over the years, the country's capital Havana has seen a rapidly growing attendance for its annual gay pride parade, combating homophobia and transphobia.

By Fidel Castro's own admission in his autobiography, My Life, he took responsibility, and blamed Spanish machismo for the prevalence of homophobic culture in Cuba, urging for the acceptance of gay people. The former leader, who died in 2016 at age 91, later gave interviews where he called the persecution of gay people "a great injustice."