Popularity is relative, and especially in the digital age. You could have hundreds of thousands of followers online, but be completely unknown in the streets — massively famous on Instagram, YouTube or Twitter, but lack any kind of real, authentic cool in person. For our new series, Coolest Person in the Room, New York-based photographer Megan Walschlager pinpoints all the people whose energy is contagious regardless of their following count or celebrity. Meet Charlie Le Mindu — the world-traveling, French, avant-garde hair stylist, costume designer and choreographer you need to know.

Tell me about your day job.

I do a lot of different things. I have very different day jobs. Sometimes I am just a hairstylist where I go into a salon and do hair. I do a lot of costume design for ballet — in fact I'm going to Sao Paulo tomorrow to do a classical ballet. And I do some choreography sometimes.

I had no idea! Have you been dancing your whole life? Are you a former ballerina?

No, I can do pointe though. I look like a pig on pointes though. 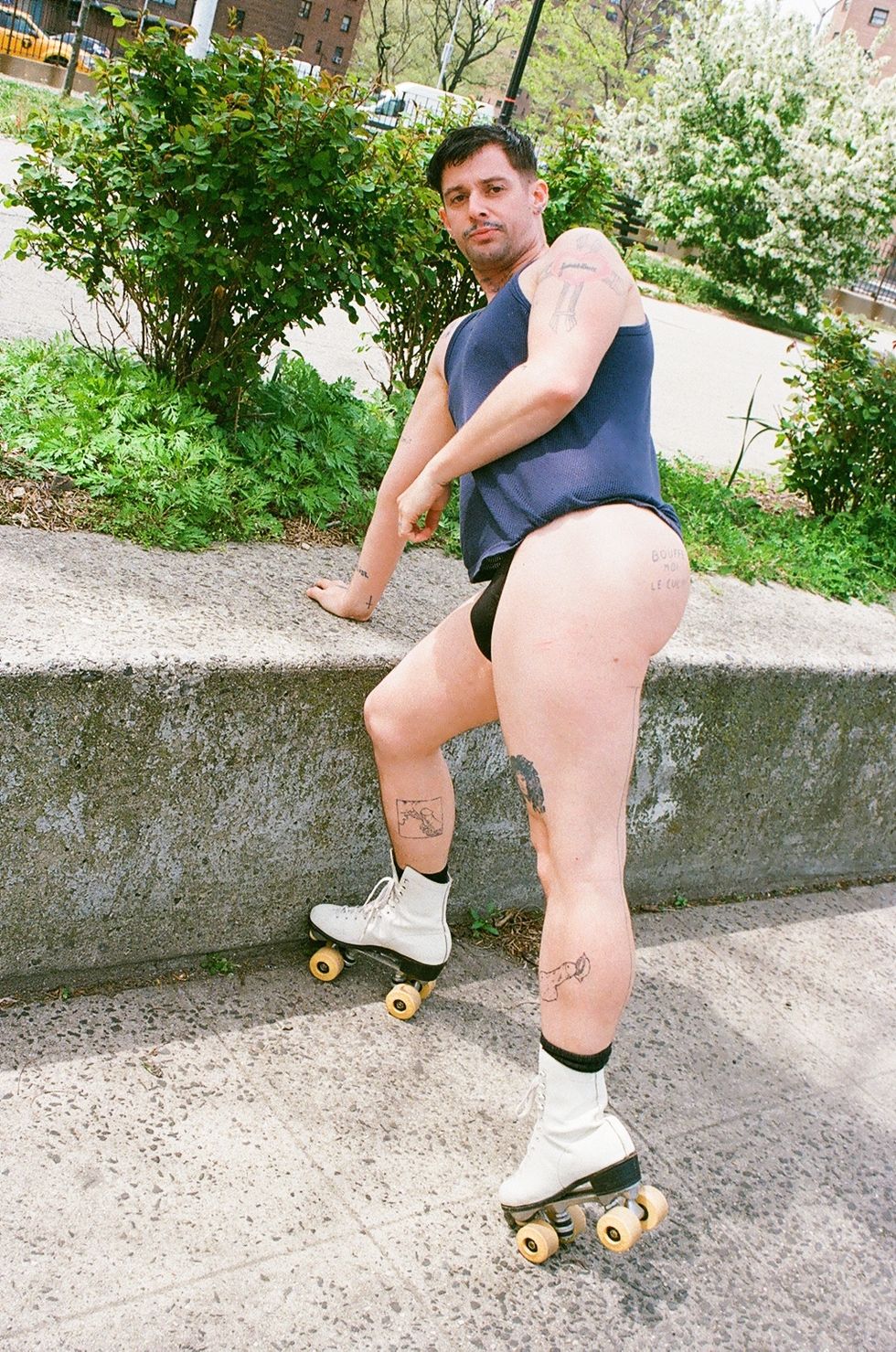 How did you get into hair and choreography?

I got into hair when I was 6, just like with my dolls and stuff. You know, like Barbie dolls and stuff. I really got into when I was working at my aunt's hairstyling studios. Not so much because I liked hair, but because she was changing people's faces so much and I saw them being so happy. That's why I wanted to do it — I wanted to make people happy too.

You're also going through a major body transformation, right? Can you tell me more about that?

Alright, so I went to this doctor — Nicolas Zwillinger of Paris Aesthetics, who is amazing — and basically he just did (and we're gonna do more) full body liposuction from my neck to my ankles.

And how is that?

It's great! I'm still super swollen, but it's nice. It was quite painful I will say, for like 4 days. But I am already so happy with the results. He also did fat transfers, so he took 4 kilos of fat out — which is a lot apparently — and he put it back in my balls and in my ass.

What is phase two of this transformation?

I'm going back for ab implants and pec implants. Fake ones.

How long does it take for all of that to, like, settle?

So, I thought it was gonna take months, but really the final, final results will come 6 months later he said. It's only been 3 weeks right now, but in another month I should have really good results.

Interesting. I've always thought this sort of body work would hurt so badly. What does it feel like? Are you just sore all the time? 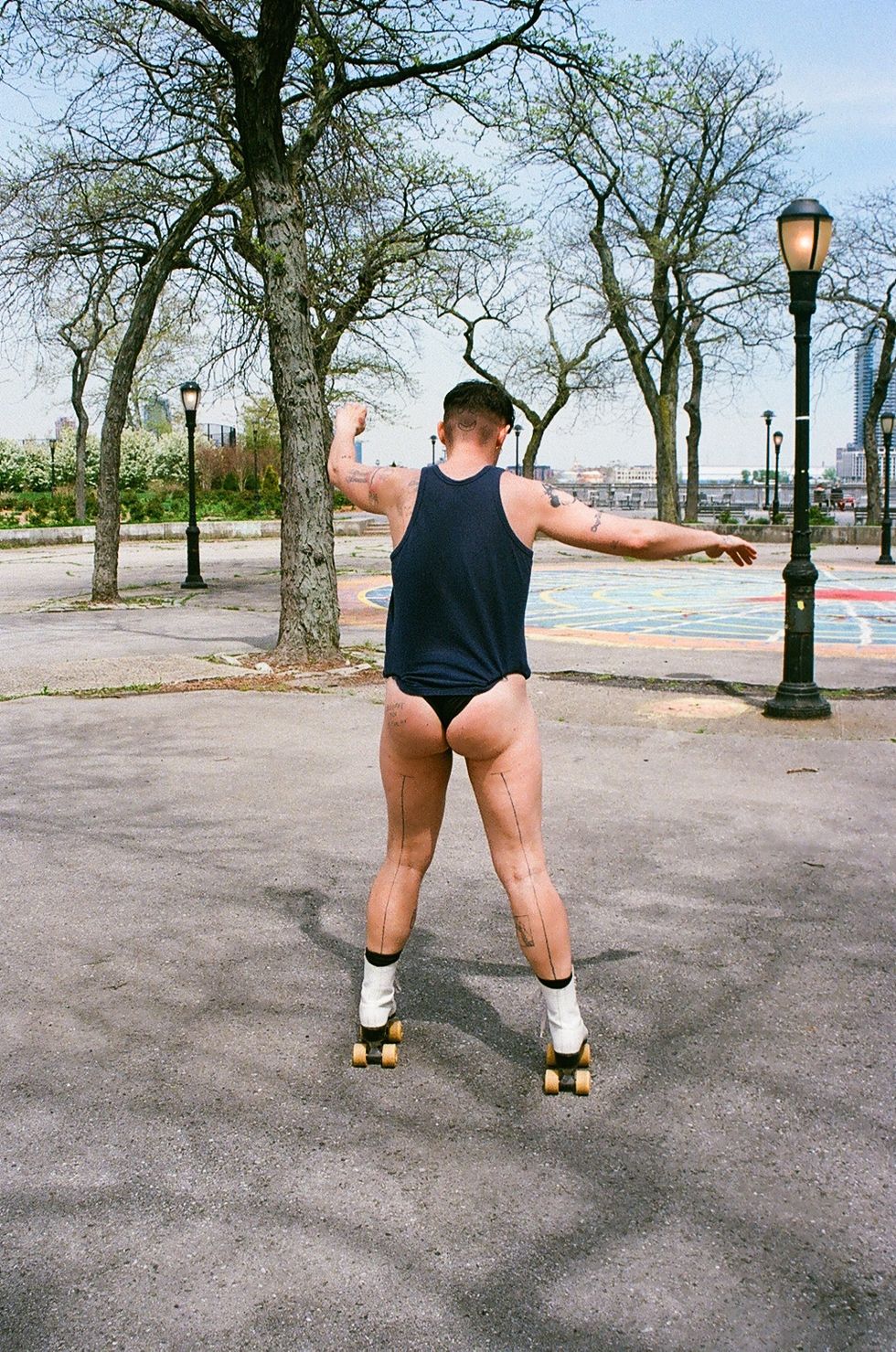 Can you work out?

I'm not allowed yet. I have to wait. I don't even like to sit yet it's too painful.

Tell me when you started going out and where in the world has the best nightlife.

I started going out when I was very young, like 14.

Yeah, in France. Then I lived in Berlin from 17 to 21. So that was a big part of my nightlife. And I didn't speak any German and I didn't have any money when I lived in Berlin, so I was doing hairstyling in clubs. That's when I started the pop up salon and everything. That's pretty much how my nightlife started: I was giving haircuts to people in clubs — from 11 at night to 5 in the morning.

Did you have a day job during this time?

No that was it. Just the nightlife. 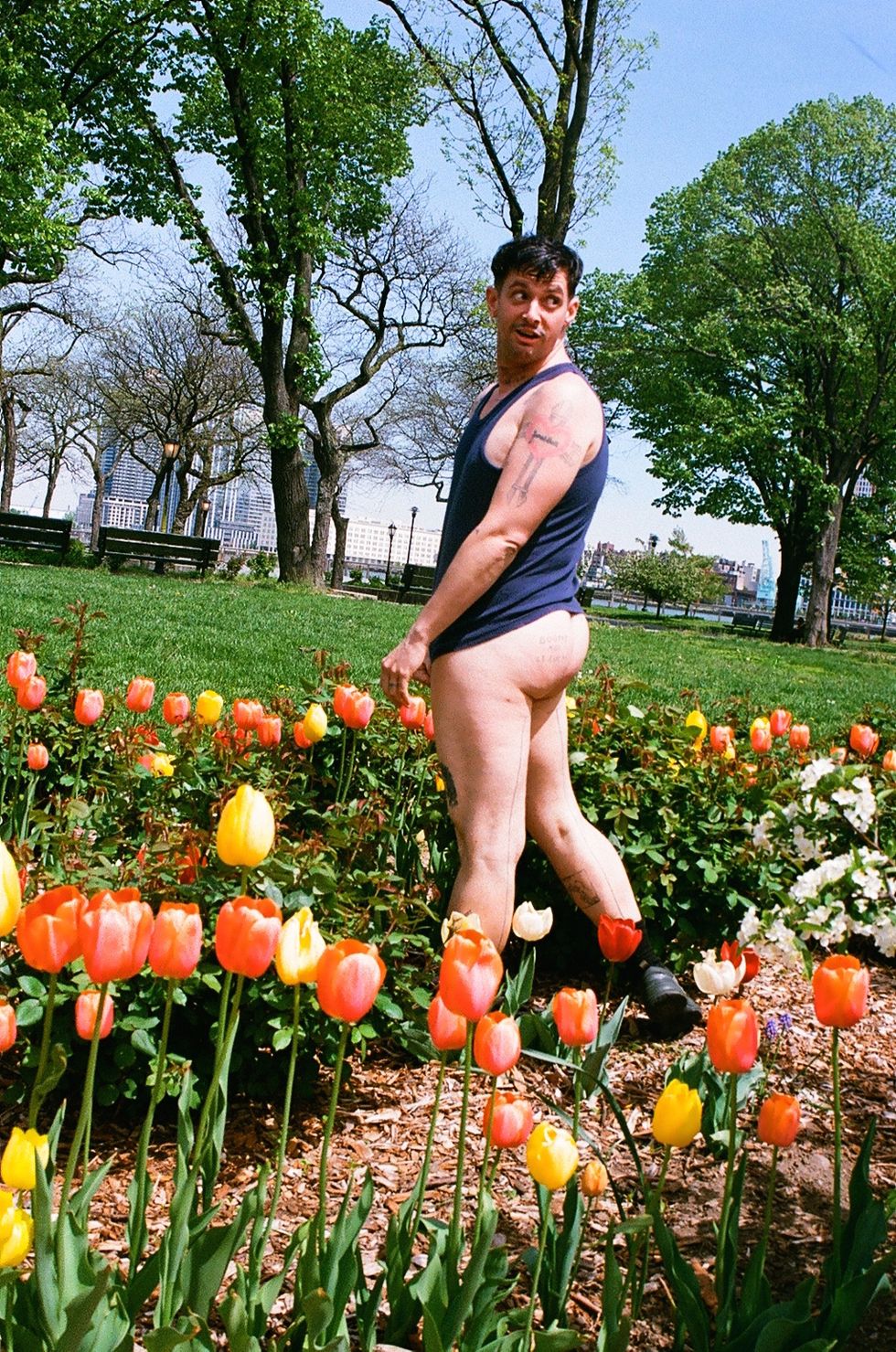 Since you've lived and traveled all over the world, I want to know what is your favorite city in terms of nightlife?

Really? That's funny because I have heard a lot of people say it's the new Berlin.

Is it? Well, people also say LA is the new Berlin.

Yeah, I don't believe that. That's a fucking joke. I have gone to a lot of good parties in LA though. It is really dark though, and not fun. But I have heard really good music in LA.

I like techno obviously, so Berlin was great for me. But Mexico is the feeling of, it's just partying with the Mexican people is so fun always.

What is your go to drink when you're out?

A Black Russian is very cheap. It's vodka and Kahlua. Kahlua is a coffee liqueur.

Isn't that dairy based?

No, that's a White Russian.

Do you have any getting ready routines before you go out?

I always try to take a nap before. A little disco nap. Always. Then I take time to get ready. I always want to put a look on, but...well I just settled down in Brooklyn, where I live, but I haven't had time yet to put my clothes away after being gone. I always want to try to put a look on, but I always end up wearing the same shit, which is annoying. I guess my uniform is my look. 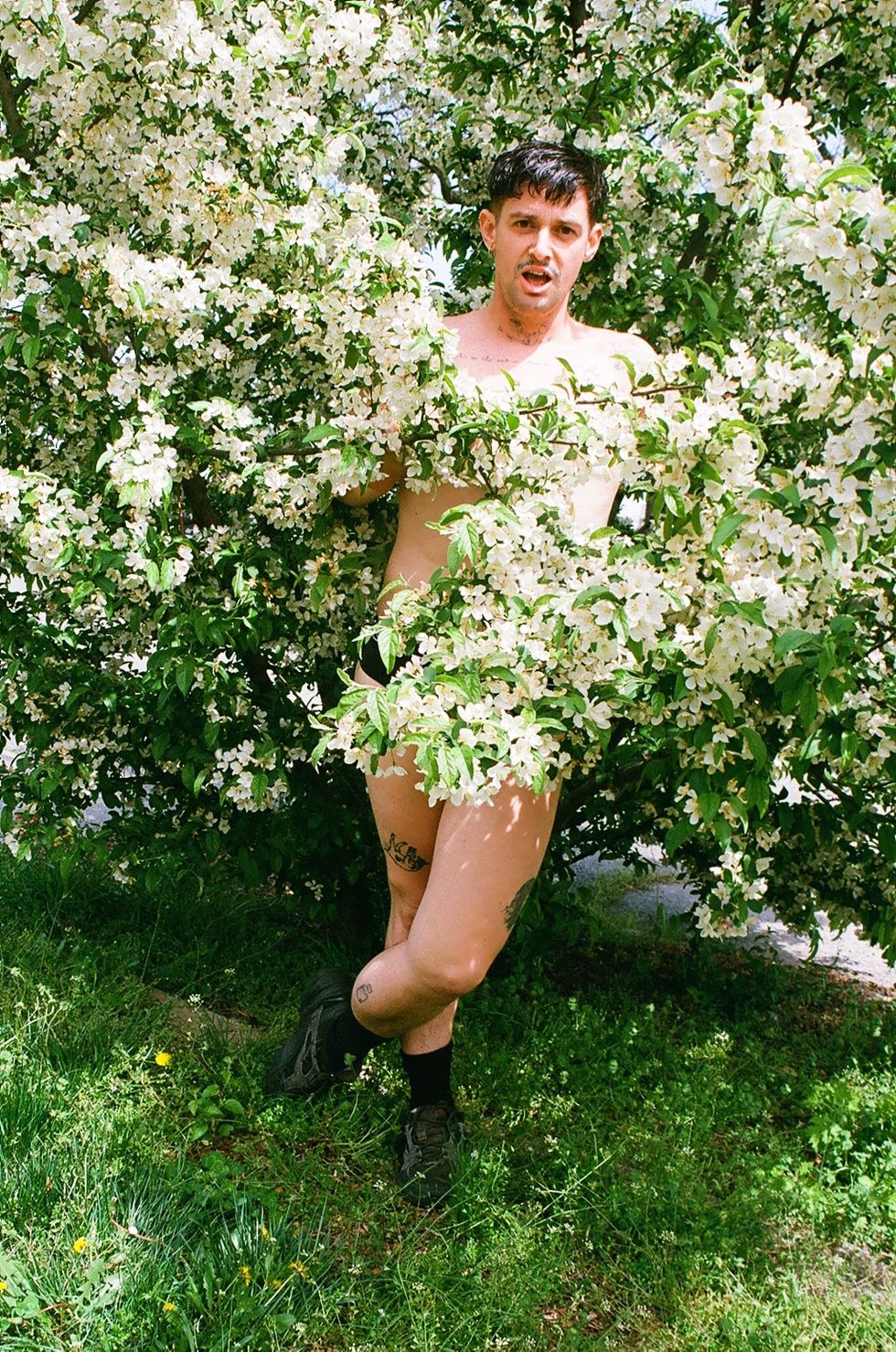 Well, you're always making looks for other people —

Yeah, but you know that yellow jacket? I love that jacket. The one with the writing on it from that French designer? But I have 3 or 4 outfits that I wear all the time. I should start giving more looks.

Also, I don't wear underwear when I go out either. Never.

Well, no one really can tell.

Do you have any big projects coming up?

Amazing! Where is that?

Then I have another job in Sao Paulo in September, another ballet. I'm creating a show in Vegas in December and I'm doing a Sleeping Beauty in Leipzig in Germany in November. And another ballet in Berlin in November.

What's in Vegas? A show for an artist?

No, it's a new restaurant opening and they want me to do costumes for it.

Nice. What do you think are some of the coolest places in New York?

Shit. I haven't been out much. What are restaurants I like? What do I do? I always do the same shit…I guess I haven't found it yet.

What about your favorite spot in Mexico City?

Spartacus is an amazing nightclub. It's like a sex club for straight people, but everyone goes. But it's a wonderful club with strippers, gays — everyone. All the trash of the world goes there. So I like that.

I still want to know more about your passion for ballet. I didn't know this about you.

I like it because…well, obviously, I started as a hairstylist and there is a lot of movement in hair. And when I started doing clothing and garments out of hair extensions, I was thinking that you needed movement. I used to do catwalks in Paris and stuff, and I just didn't think it was my thing to just have models wearing it, so I needed dancers. And that's how I got the movement.

When I saw that, I started working with Crazy Horse in Paris — oh, yeah, I'm doing the Crazy Horse next month as well. But I started working with the dancers, and a museum in France asked me to do a cabaret with David Lynch. So we did that together and I realized I really like it. Then the Palais de Tokyo asked me to do a bigger cabaret and then I went into that cabaret-kind-of-nightlife thing. 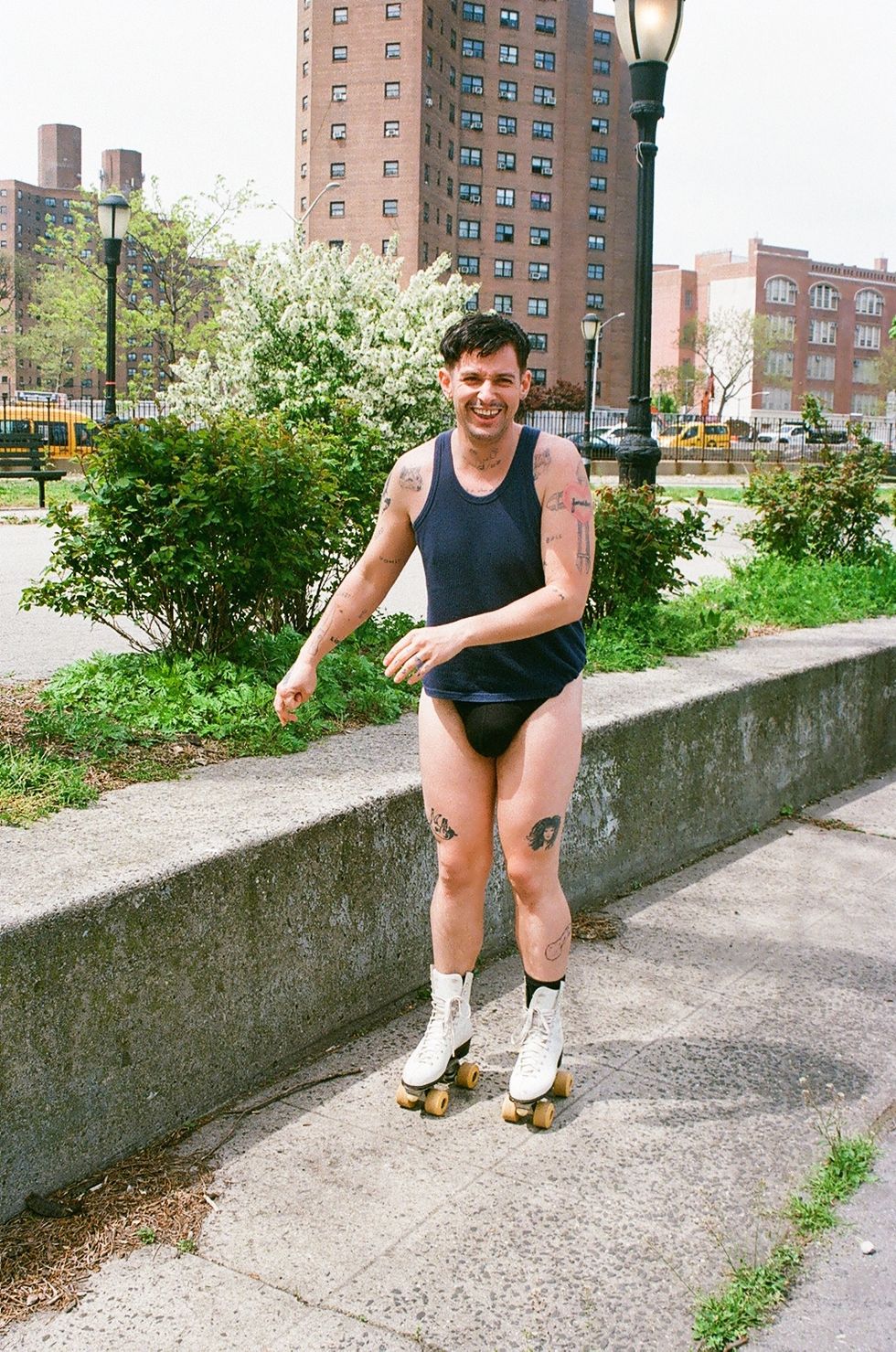 Yeah, I like it. I don't know if I'm a giant fan of cabarets though. I will say I'm not very open-minded about cabarets. Because so many things have been done and I just don't think they are fun anymore. Everything has to be so politically correct, that burlesque and cabaret should be the one thing that don't have to be, I would say. And I'm not speaking of things like race. I'm talking about shitting on stage and things like this. People are like, "Oh no, that's disgusting! We don't want to see this anymore." I might not even want to see it, but if it's very well introduced, why not?

You want some innovation.

Exactly. It just needs to be well introduced. That's why I just go see performances in museums now.