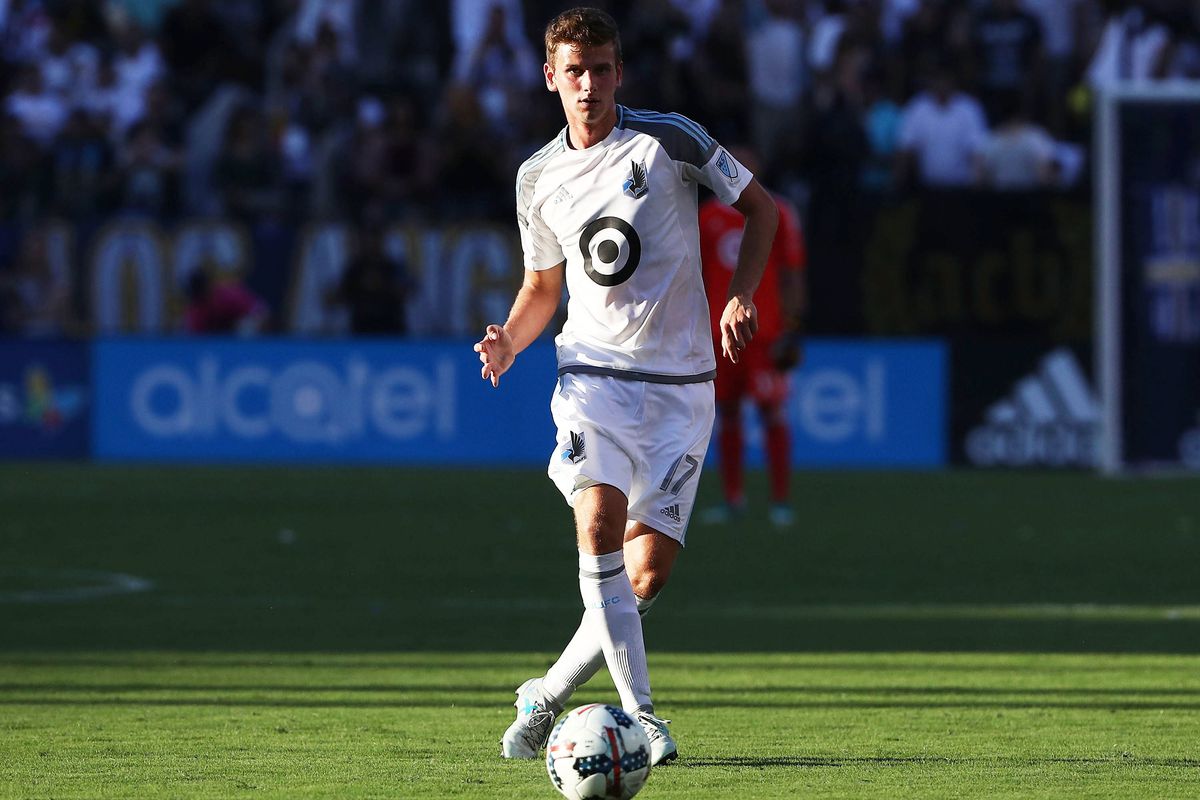 Yesterday, Minnesota United midfielder Collin Martin, 23, came out to the whole world. He shared on his official Twitter account his team would be celebrating Pride night on June 29th. "It's an important night for me," he said in the tweet. "I'll be announcing that I am an openly gay soccer player in Major League Soccer. #soccerforall ." He also included a photo of himself, wearing the Pride flag, and a longer message to the public.

Tonight my team, @MNUFC , is having their Pride night. It's an important night for me — I'll be announcing that I am an openly gay player in Major League Soccer. #soccerforall pic.twitter.com/cOJQXfrBiv
— Collin Martin (@martcw12) June 29, 2018

Martin has been out to his family, friends, and teammates for "many years." He continued in the long note, "I have received only kindness and acceptance from everyone in Major League Soccer and that has made the decision to come out publicly that much easier." He thanked his teammates, and wanted to encourage other athletes — professional or otherwise — "to have confidence that sport will welcome them wholeheartedly."

According to ESPN, the American soccer player is "the only openly gay male athlete active in a major professional American sports league," that is since LA Galaxy's Robbie Rogers who came out in February 2013 retired last November.