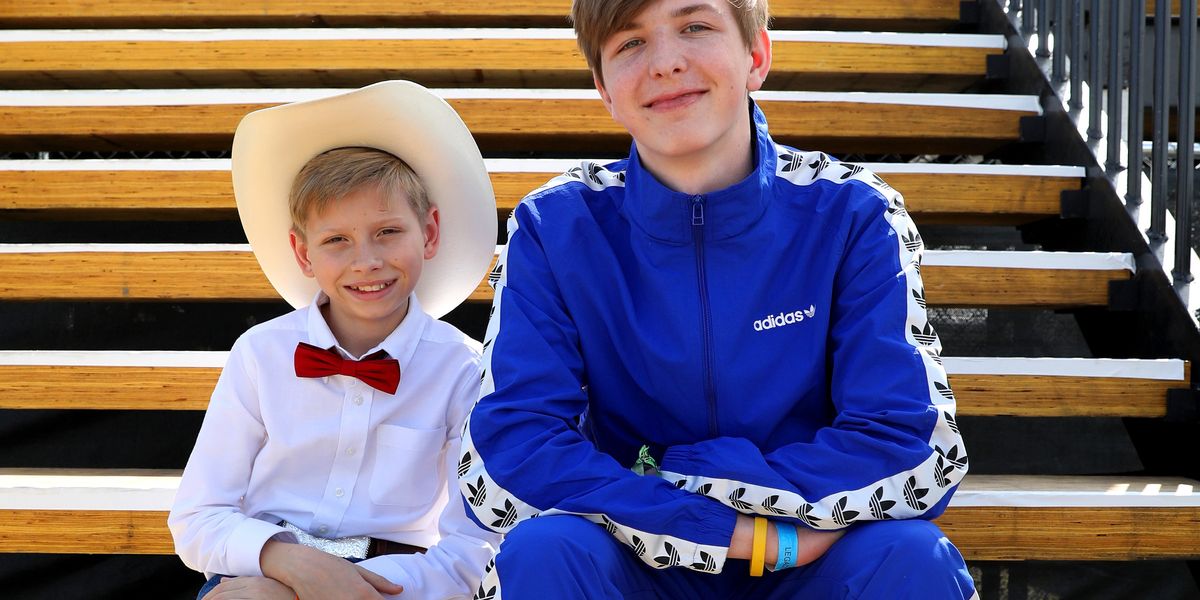 Eleven-year-old Mason Ramsey went viral as the Walmart yodeler from Illinois, and now he's made it to Coachella.

While the whole idea of having the "Walmart Yodel Boy" at the high-profile music festival started out as a joke, fellow Illinois native and Internet-official lookalike 18-year-old DJ Whethan made it happen. After he finished his set, he welcomed his special guest onstage. Recognizing the Internet sensation in his signature cowboy hat and boots, the shocked crowd made sure to whip their phones out for the occasion.

supposed to be playing his school talent show but took him to coachella instead pic.twitter.com/NU99eBfXbp
— Whethan (@whethanmusic) April 13, 2018

I just saw Walmart Yodel Boy perform at Coachella, my life is never going to be the same pic.twitter.com/JMnt5bjn3J
— Matt @ Coachella 2018 (@CMBYNmafia) April 13, 2018

Among the first-day Coachella crowd was Justin Bieber. A fan spotted the Biebs having a great time watching Ramsey doing his thing. And we totally get it, Justin.