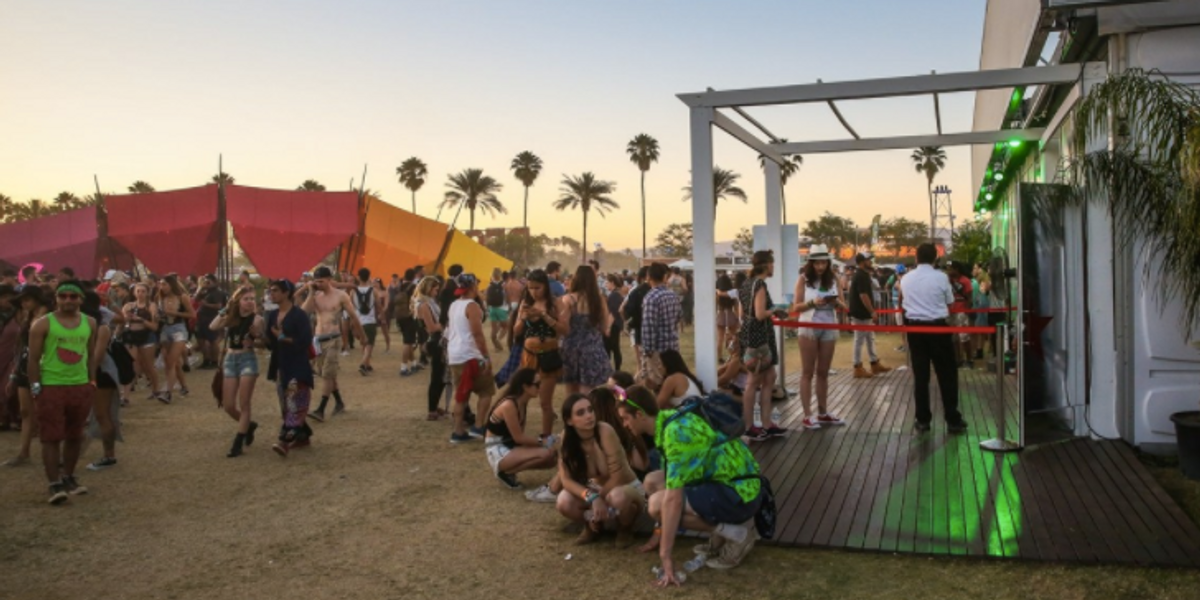 Shortly after Coachella announced its 2017 lineup earlier this year, reports of festival owner Philip Anschutz's past donations to anti-LGBTQ groups went viral, with people debating the moral cost of attending the highly anticipated annual event. A petition was started urging performers to donate some or all of their proceeds to pro-LGBTQ groups, and Anschutz eventually apologized and claimed the donations were "a mistake."

Anschutz also called the reports that he was anti-LGBTQ "fake news" and "garbage," telling Rolling Stone, "Neither I nor the Foundation fund any organization with the purpose or expectation that it would finance anti-LGBTQ initiatives." He also said that he and his foundation have "immediately ceased all contributions to such groups."

In a recent interview with The New Yorker, Goldenvoice CEO Paul Tollett said he's still not quite over the controversy, and admitted that news of the donations tarnished the festival's image. "No one wants to wake up to see a headline that says, 'Coachella owner anti-gay.' I was offended. I run the festival, but it's rude to say that when you're a partner with someone."

(Goldenvoice organizes Coachella, and Tollett is a half-owner of the festival along with Anschutz).

Tollett didn't seem to think Anschutz's statement apologizing for the donations was enough, either. "He'd better say, 'No fucking way.' Anything short of that …" he said.

Tollett also recalled a conversation he once had with Bill Gates about how though Coachella may be highly successful now, it was far from an unsinkable ship:

"I'm telling you, these types of things can kill you," [Tollett] said. "There are big ships that go down over small things. You're riding high, but one wrong thing and you're voted off the island. It's scary." He noted that Bill Gates had come to Coachella one year, and, after first telling Tollett that he thought the festival could last forever, ticked off on his fingers all the "isms" that could bring it down. "Terrorism, botulism—you name it. The guy's a walking actuarial table."