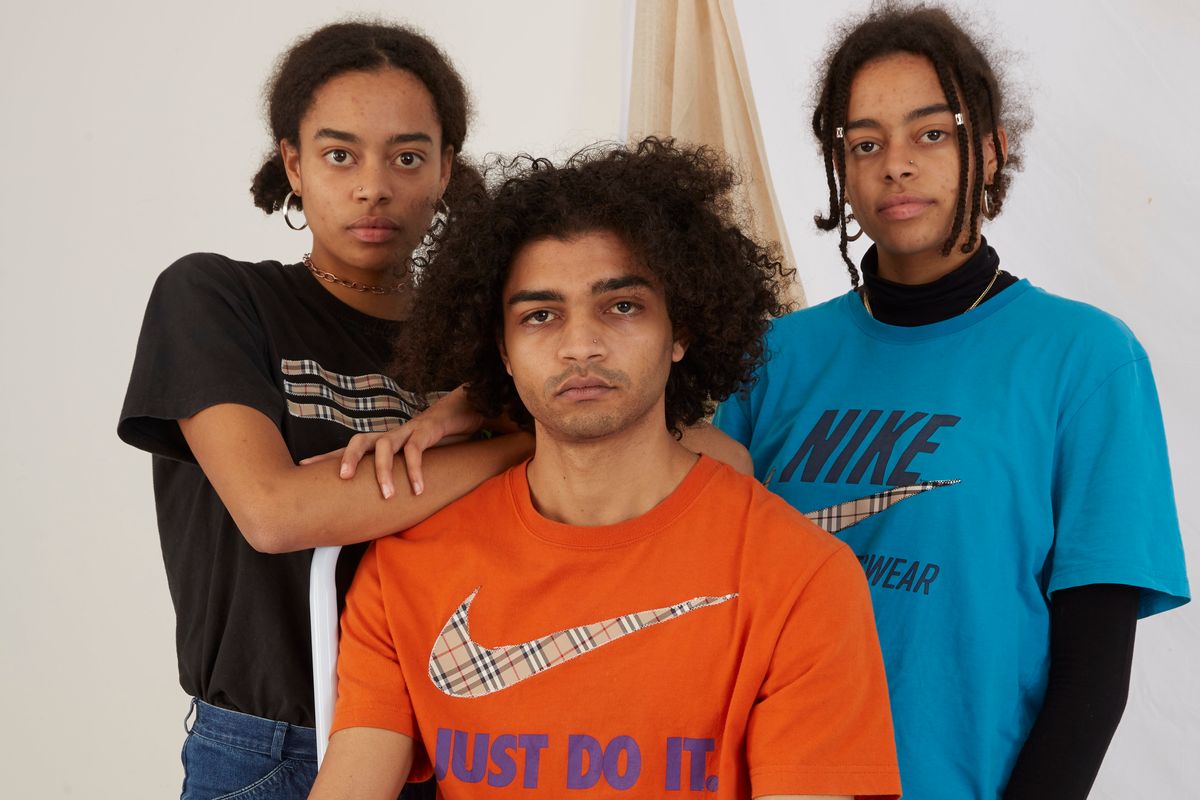 'Citizens of Nowhere' Are Making the Bootleg Authentic

On October 5, 2016, a few months after the Brexit referendum, British Prime Minister Theresa May declared that, "If you believe you are a citizen of the world, you are a citizen of nowhere." Her offhand, nationalistic statement alienated millions of England's 'foreign-born' citizens, including almost half of inner London. It also disavowed the hundreds of millions of immigrants and refugees worldwide for whom global citizenship is the only option.

Those words inspired backlash, countless essays and collective outrage, and they're what drove Emma Rixhon to create Citizens Of Nowhere, a multi-media project that aims to foster a diverse creative community through reclaiming May's infamous words. As of now, the primary focus is a clothing line, the profits from which go toward Refugee Action, a London-based charity providing legal assistance and language classes to refugees in Britain.

Rixhon was born in 1996 to Jewish, Swiss and Belgian parents. She spent her childhood in the Middle East and currently lives in London. "One thing that every country has in common is fake sports wear and fake designer clothes," she said over the phone. "I've noticed this unifying power in logos. People are attracted to them because they feel familiar."

"It's a way of asserting your right to luxury without having to fund the mainstream luxury that's so obviously rejecting you."

Based on this analysis it's not surprising, then, that Citizens Of Nowhere's t-shirts and track pants are emblazoned with instantly recognizable logos. Burberry's trademark plaid fills Nike swooshes and Adidas stripes. "Citizens Of Nowhere" is stamped in white paint onto light wash jeans, mimicking Virgil Abloh's striped Off-White denim. "It comes back to authentic citizenship and the idea of authentic being 'good,'" she explains.

It's also a community-based effort — everything is handmade by Rixhon and modeled and photographed by her friends. "I'm an immigrant. All of my friends are immigrants," she said. "People tend to think of a 'good immigrant' as someone who's assimilating to British culture. I think it's more valuable to resist that. By not assimilating, and embracing our roots, we're not taking away from the culture. We're adding to it."

Abloh shared a similar sentiment in his recent New Yorker profile, saying, "The sad thing is, the $10 fakes are better...The expensive ones are too refined, there's nothin' hood about them." Despite some seemingly aligned ethos, though, Rixhon rejects any comparison to the Louis Vuitton designer, instead citing Ava Nirui, Mous Lamrabat, and Hassan Hajjaj as her influences.

"We live in a postmodern world," she said. "All we do is repeat ideas. And you don't get luxury without fakes, otherwise nobody's going to covet it. To pretend that there isn't an invested relationship between the two is to deny how the fashion system works."

With an archive of information at our fingertips and an expansive on-demand audience, the act of calling out copycat designers has become somewhat of a public hobby. The experts behind the popular Instagram account Diet Prada even turned it into a full-time gig. And while it's certainly unethical for big name labels to rip off small, independent designers, Rixhon thinks it's worth preserving companies like Zara, whose business model is built on making high fashion accessible to the masses — lower quality in exchange for lower price points.

"Bootleg clothing is, theoretically, a step towards breaking down fashion's white supremacist hierarchy. It's a way of asserting your right to luxury without having to fund the mainstream luxury that's so obviously rejecting you," Rixhon said. "It's beautiful, it's interesting, and it doesn't cost $1,000."