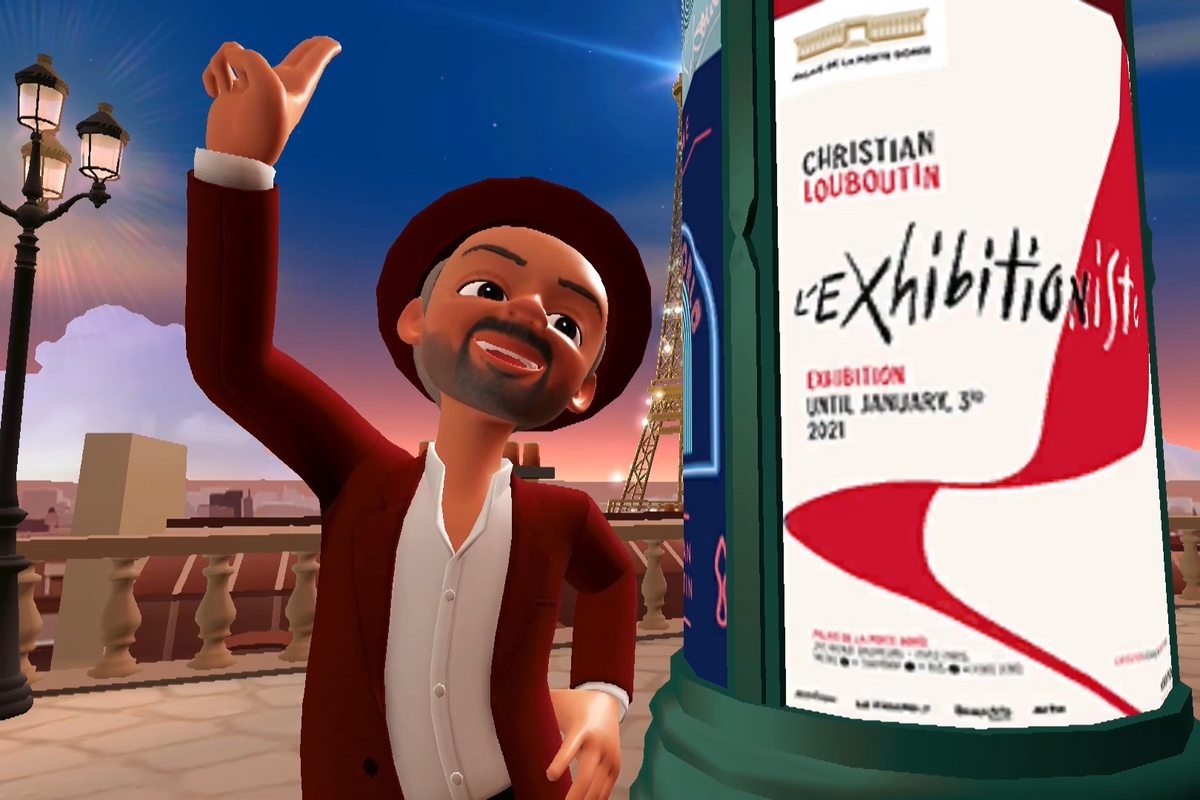 Faced with the challenge of showing his Spring 2021 collection amid the ongoing pandemic, Christian Louboutin took an alternative, inventive approach. Instead of debuting a short film or digital lookbook, the leading shoe designer drafted an entirely immersive, virtual universe, titled Loubi World.

Related | Red Bottoms Are Finally Getting the Respect They Deserve

Modeled after a techno-kawaï iteration of the "Red Bottom" designer's favorite muse — Paris — the online fashion realm digitally remastered some of Louboutin's favorite spots in the "City of Love" on the social networking app Zepeto.

From a terrace overlooking a digitized view of the city to the Galerie Véro-Dodat where he opened his first store in 1991, the home-hitting experience gives users a look at the visionary's long-standing legacy in France. At its center, the space featured a paved round square, complete with a traditional Parisian bistro, a creperie, a carousel, Morris columns and a virtual replica of the rue Saint-Honoré flagship and a Loubi Disco.

Stripped of any gender or style requirements, guests are invited to create their own avatar through facial recognition technology and by selecting their skin tone, hairstyle, outfit, and of course, shoes and accessories from the new Spring 2021 collection.

Once in the game, users are immediately teleported into the Loubi Boutique, a digital version of the designer's newly opened store on rue Saint-Honoré in Paris, where they are able to try on the label's latest styles, before adding the final piece to their character's ensemble: a leather accessory from the new season.

Avatars can then mingle with friends on the Loubi Terrasse, take photos with the designer himself, and shoot virtual reality photos and videos that can easily be shared across various social vessels. To complete the experience, French DJ Zimmer invites guests to a dance party at the Loubi Disco, an homage to Louboutin's teenage years at the Parisian nightclub Le Palace. Stay awhile, and you might catch a performance from King Princess, too.