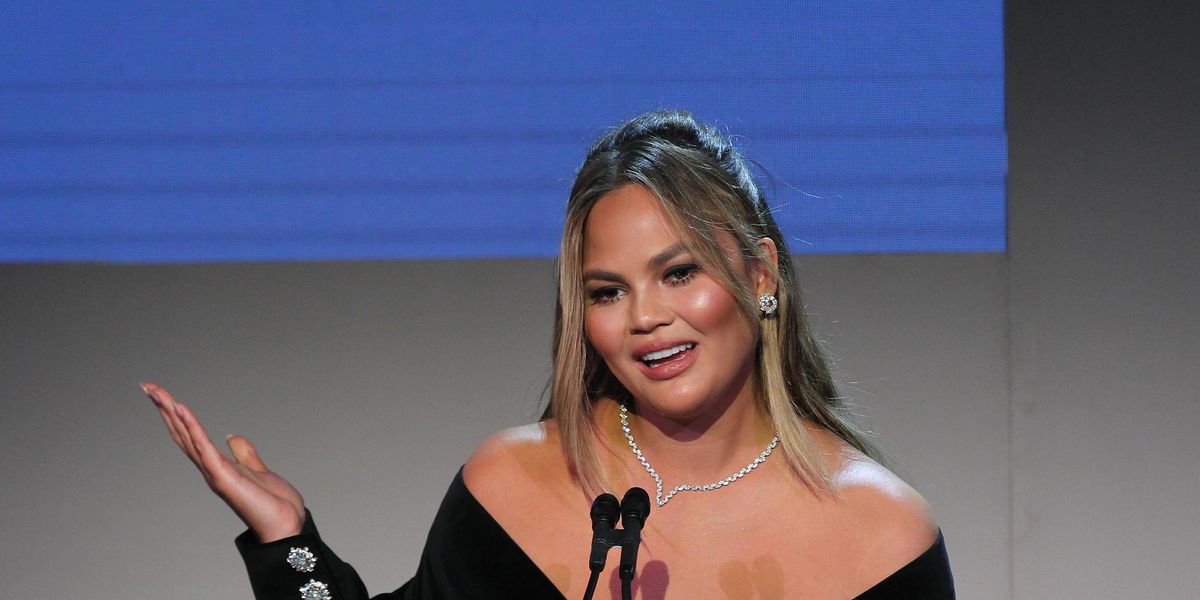 Chrissy Teigen has issued another lengthy apology over her cyberbullying scandal.

Last month, the Cravings author came under fire for old tweets indiscriminately attacking a then-16 year old Courtney Stodden over their marriage to then-50 year old actor Doug Hutchison. In addition to publicly bullying them, Stodden also revealed to The Daily Beast that Teigen had sent private DMs encouraging them to "kill [themself]" and saying "things like, 'I can't wait for you to die.'" Additionally, Teigen went on to face online criticism for other resurfaced posts where she insulted a then-9 year old Quvenzhané Wallis and reality star, Farrah Abraham, amongst others.

In response to the backlash, Teigen began by tweeting out an apology to Stodden in which she claimed to be "mortified and sad at who I used to be." And though Stodden accepted Teigen's apology, they also shared a screenshot showing they were still blocked by the model on Twitter, despite her claim that she'd "tried to connect with Courtney privately."

Now though, Teigen is claiming in a new blog post that she's continued to try making amends with the "[other] people I insulted" after having a "VERY humbling few weeks."

"There is simply no excuse for my past horrible tweets," she wrote on Monday. "My targets didn't deserve them. No one does. Many of them needed empathy, kindness, understanding and support, not my meanness masquerading as a kind of casual, edgy humor. I was a troll, full stop. And I am so sorry."

Teigen continued, "If there was a pop culture pile-on, I took to Twitter to try to gain attention and show off what I at the time believed was a crude, clever, harmless quip. I thought it made me cool and relatable if I poked fun at celebrities," as she expressed regret for "hurting young women — some who were still girls — who had feelings."

The celebrity then went on to claim she used "snark" on social media as an outlet for her own "insecurity" and "immaturity," thinking she "needed to impress strangers to be accepted."

"Now, confronted with some of the things that I said, I cringe to my core. I'll honestly get sharp, stabbing pains in my body, randomly remembering my asshole past, and I deserve it," she said. "How could I not stop and think of that? Why did I think there was some invisible psycho-celebrity formula that prevents anyone with more followers from experiencing pain? How did I not realize my words were cruel? What gave me the right to say these things?"

However, Teigen also added that she believed she was "no longer the person who wrote these horrible things" after plenty of therapy, getting married, having kids and going through her own "loss and pain."

"Life has made me more empathetic. I'm more understanding of what motivates trolling — the instant gratification that you get from lashing out and clapping back, throwing rocks at someone you think is invincible because they're famous," she said. "Also, I know now how it feels to be on the receiving end of incredible vitriol. Believe me, the irony of this is not lost on me."

Even so, Teigen said that she wasn't asking for "forgiveness, only your patience and tolerance," as she wanted to use this opportunity to own her "past mistakes and be given the opportunity to seek self improvement and change." However, Stodden and the other celebrities cyberbullied by Teigen have yet to respond to her latest apology.