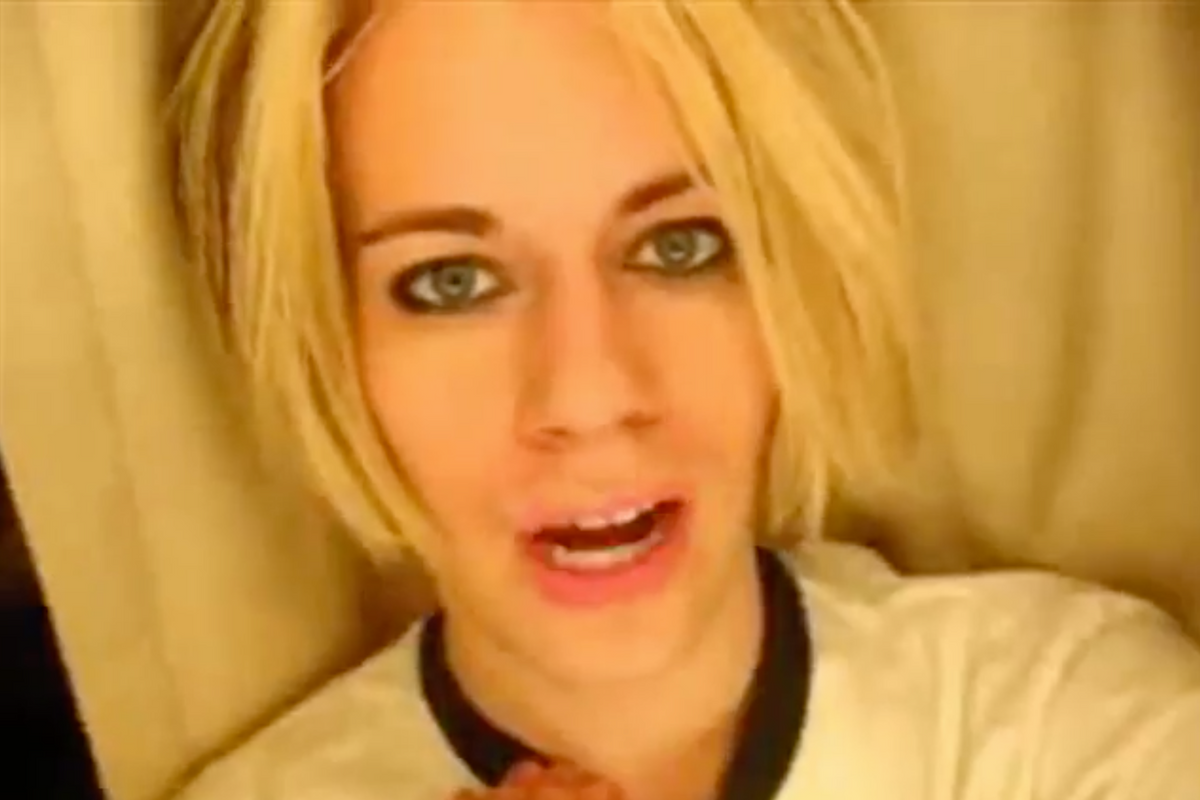 The Chris Crocker Thing Was Complicated

If Britney Spears could survive 2007, so goes the meme, you can get through [insert minor personal tragedy here.] But Spears only just outran what was presumably the worst year of her life. And if you were consuming any form of media back then, you'll recall that most major outlets were operating under the oddly gleeful assumption that she wasn't going to make it at all.

Y2K nostalgia dominates youth culture right now, but up until this week's release of New York Times documentary Framing Britney Spears, many of us had conveniently forgotten that during the much-mourned trashy tabloid era, "trashy" was a word used to describe human beings. Mostly women and femme people. Mostly blondes and bimbos and woozily nightclub-exiting party girls, very few of whom survived into 2010s relevancy with their mental and physical health intact. A popstar in freefall, Spears was the most famous and maligned of these, and her cultural legacy has never truly recovered from the world's most public personal breakdown.

As the outlets that once reveled in her downfall atone for their sins way after the fact, we're also reappraising the few who came out in support of Spears during her darkest head-shaving hour, right before Jamie Spears snatched control of his daughter's life decisions and finances. Chris Crocker, the early YouTube personality who begged everyone to leave Britney alone in the wake of her infamous MTV VMAs performance, is returning to the discourse 12 years after first going viral. But as Crocker himself states on social media today, this hardly feels like a triumphant moment. More a teachable one.

For exhibiting what we'd now recognize as typical queer internet pop stan behavior, Crocker became an instant meme, roundly mocked and subject to years' worth of internet bullying. At the time, almost no one seemed to think his concerns about Spears' privacy were particularly valid. Instead, he quickly became almost as hated as she was.

On Instagram today, Crocker suggests that a huge factor behind all the hate was his visible queerness, which in the eyes of the 2007 media was easy freakshow material. "Maybe people reaching out to tell me 'Chris, you were right.' would feel good, if I knew that people could unpack that the reason no one took me serious was because I was a gender-bending teenager and the reaction to me was transphobic," Crocker writes. "When I said it, I had to fear for my life... I was already living in the south as a gender-bending teenager with no money or ways of feeling protected."

As Crocker points out in his statement, there were mainstream media figures who came out in support of Spears back in the day. Scottish TV presenter (and recovered alcoholic) Craig Ferguson asked his studio audience to show Spears some basic empathy. Documentary maker Michael Moore refused to gossip about Spears on a 2008 CNN segment with Anderson Cooper and Larry King, instead pondering out loud why people couldn't just let her get on with her life. Neither man made as many headlines as an obscure teenage YouTube comedian from Tennessee did. Certainly no one mocked them for their unpopular views that then-25-year-old Spears deserved just a modicum of dignity.

Even within his own community Crocker, who currently uses he/him pronouns but lived for three years as a woman, says he found himself ostracized for visibly experimenting with gender presentation. "Not just verbal, but physical attacks were made towards me at gay bars... By LGBT people who were embarrassed of me because of the way the media made fun of me," he recalls. Needless to say, "this was during a pre-Drag Race time."

For merely "showcasing humanity," as he puts it, Crocker has now endured 12 years of weird viral infamy, cycling through all the now-normal stages of early internet fame: from failed reality TV pilots to documentary appearances. By the sounds of things, it hasn't always been much fun.

But Crocker, who deleted his YouTube in 2015 and these days paywalls much of his content on OnlyFans, can take comfort that pop culture is much kinder now. That's in part because people like him, at a certain personal cost, laid the groundwork for a more empathetic approach to fame and celebrity. Random online content creators become household names on a daily basis these days, and over time we've been forced to take them seriously. Thanks to the same internet forces, the music industry is also much more fractured and informal than it was 12 years ago. It's unlikely another musician will ever face the same impossible industry pressures that Spears once did, and that's probably a good thing.

Which isn't to say there isn't work to do. Britney isn't free yet, and transphobia remains as mainstream as, uh, Harry Potter. It's obvious now that Crocker was making points back in 2007. Next time someone like him speaks out, let's hear them the first time.