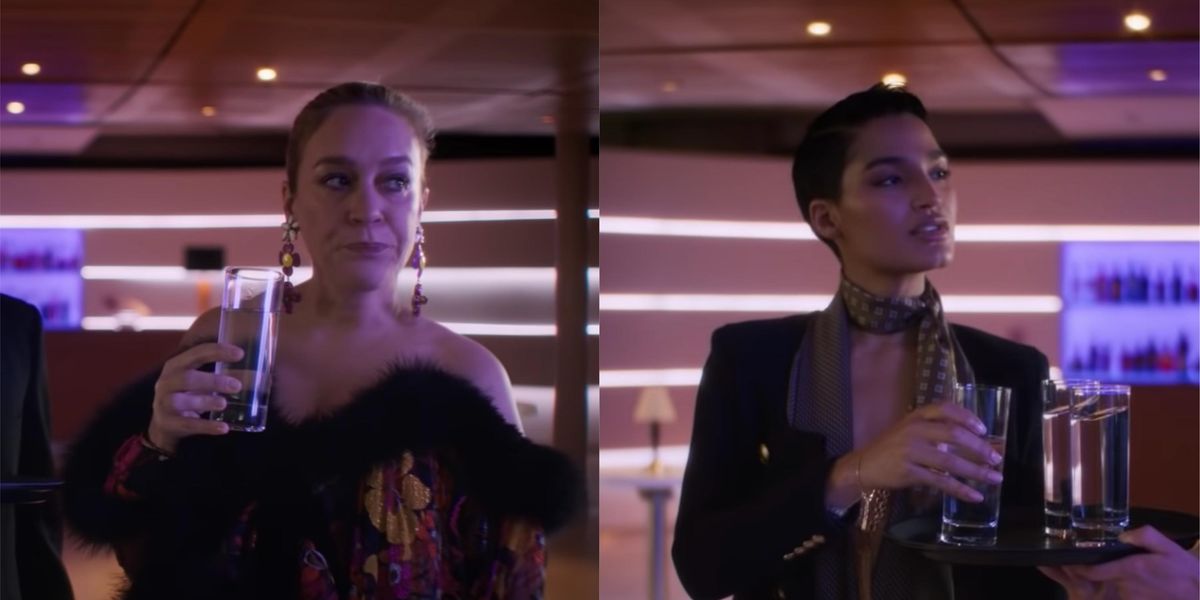 Saint Laurent's Summer 2021 collection — the one that debuted on a runway in the middle of a vast desert last December — has just landed in stores. To mark the arrival, the brand released a surreal short film featuring actors Indya Moore, Chloë Sevigny, Julianne Moore and perennial French muse Charlotte Gainsbourg.

Related | A Fashion Show in the Middle of Nowhere

Titled French Water, the Jim Jarmusch-directed film shows the end of a dinner party with the aforementioned starlets the only guests remaining, all of whom are seen quick-changing into various Summer looks (the feathered negligee, the camellia necklace, the Black Le Smoking all make appearances).

The lone server, played by TikTok star and musician Leo Reilly, is holding nothing but glasses of water, which he offers to each guest. Between the deep purple lighting, moody music arrangements and overarching sense of nighttime escapism, the film offers a glimpse into the glamorous future everyone's been talking about come a few months from now.

Check out the full video, below.