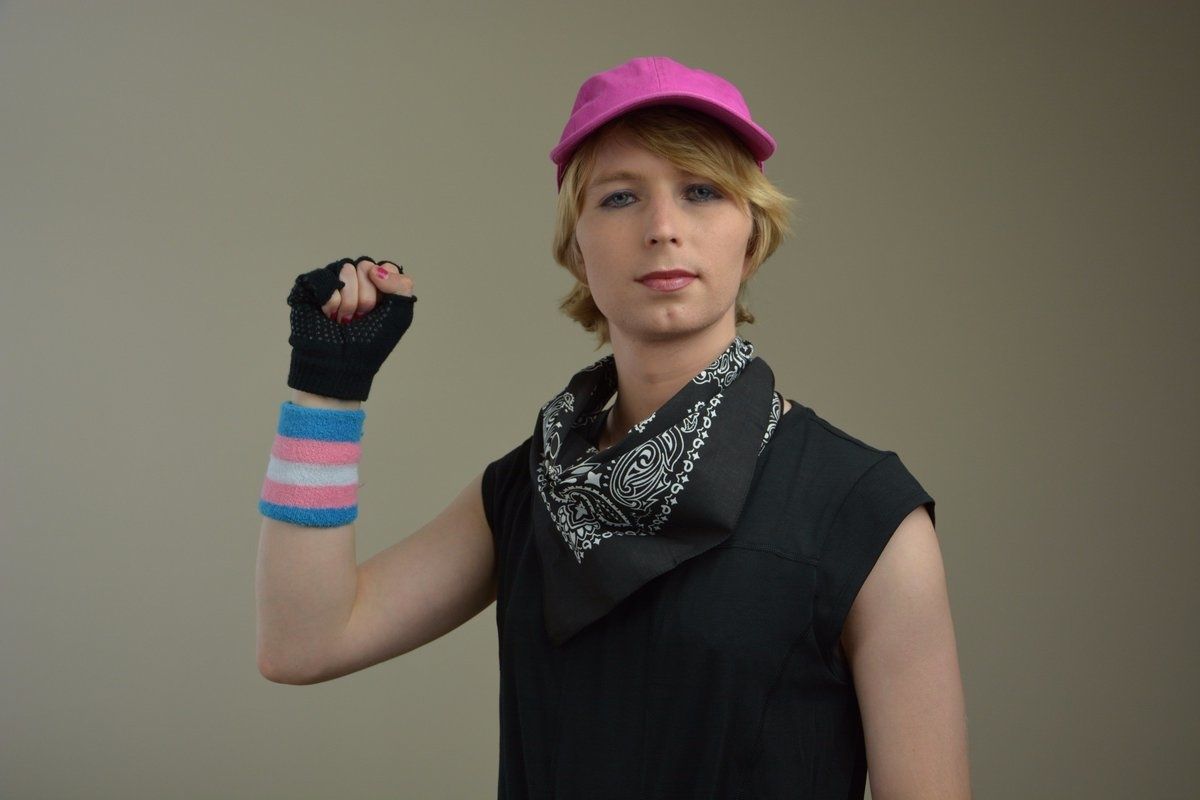 On Sunday, Chelsea Manning announced her campaign to run as a Democratic candidate for U.S. Senate in Maryland. The step marks the latest move in the fearless activist's career. So it's no surprise that the announcement came with a powerful YouTube advertisement.

And judging by the clip — which prominently features recent protest imagery from Black Lives Matter marches, and those hateful tiki torches from last summer's tragedy in Charlottesville — Manning's campaign does not intend to shy away from the current ills plaguing American society.

"We live in trying times. Times of fear, of suppression, of hate," Manning can be heard saying in a rousing voiceover. "We need to stop asking them to give us our rights. They won't support us, they won't compromise. We need to take the reigns of power."

However, viewers may be disappointed to know that the video carries an age-restriction tag, which YouTube assigns to content that "involves nudity, is sexually explicit, hateful, harmful or if it is violent or dangerous," per the streaming platform's community guidelines. This video is none of the above, so...

The restricted label deems the campaign video inappropriate "for some users." Who?

According to YouTube's suspect history of censoring LGBTQ content, restricted content deemed inapprorpriate keep YouTube safe for children, families, and institutions, such as libraries and schools. Fair to an extent, but even accidental censorship and flagging is still harmful, which ironically illustrates Manning's exact points, and flies in the face, of, IDK, the First Amendment. Last March, after protests from high-profile members of the LGBTQ community, including Tegan and Sara following their own experience of censorship, YouTube had this to say in an emailed statement to The Guardian: "Some videos that cover subjects like health, politics and sexuality may not appear for users and institutions that choose to use this feature. We recognize that some videos are incorrectly labelled by our automated system and we realize it's very important to get this right. We're working hard to make some improvements." Note that discernment like this can be difficult in the case of LGBTQ topics, which are almost inevitably intertwined with health, politics and sexuality — duh.

YouTube has also claimed that it fixed an engineering problem that was wrongly filtering LGBTQ videos.

And yet, here we still are, even after YouTube CEO Susan Wojcicki noted during Pride Month last year that the platform has "rigorous training to ensure that anyone who reviews content that's been flagged for review ensures all content is treated fairly." So what gives on Chelsea Manning's video, YouTube? Who is being protected now? And why? And why now?