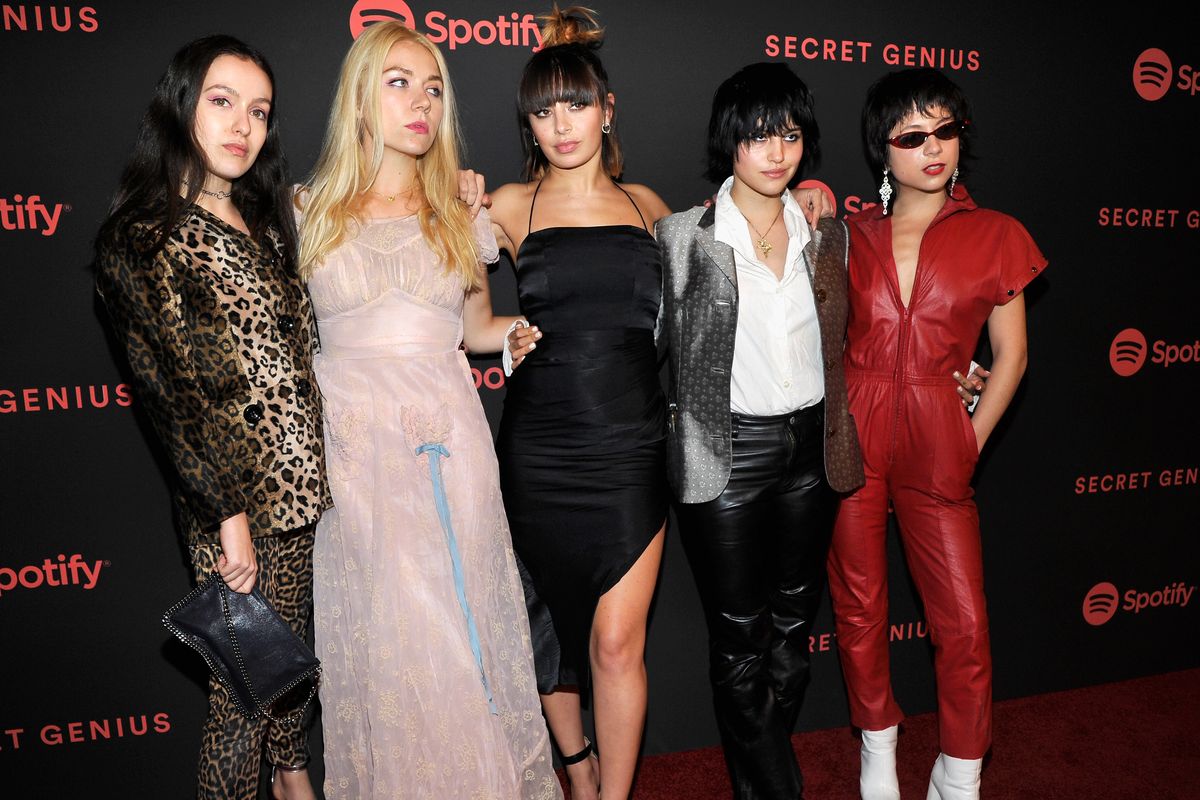 Pop's most badly-kept secret is finally out. After months of Instagram hinting, Charli XCX has officially announced her very own all-girl band, Nasty Cherry.

Maybe you'll recall how the members of Nasty Cherry made their internet debut last year — with two champagne flutes balanced on a bare ass floating in a pool. The group was soon revealed to consist of lead singer Gabbriette, drummer Deborah Knox-Hewson, guitarist Chloe Chaidez, and bassist Georgia Somary. All of them super hot, and boasting some impressive social media engagement stats.

Charli hit follow and started liking posts immediately, and has featured the band members in many of her Instagram Stories. All five women posed for photos together at a Spotify event in November, too.

This afternoon, XCX posted a long-awaited explanation to curious fans, writing that "Nasty Cherry is a band I've been working on for the past six months… I have been co-writing with them for the past five months (alongside working on my own stuff — don't freak out), working towards an EP which they're gonna release later this year."

Charli on Instagram: “ok so some of you may have noticed how I keep posting about @nastycherryband on my page and loads of you are asking “who the fuck even ARE…”

So we can gather that XCX won't regularly perform with Nasty Cherry, but will act as a mentor and songwriter. Which is fun — there's little historical precedent for all-girl musical groups with female managers. Or songwriters, for that matter.

XCX also revealed that Nasty Cherry will release a new single next Monday, and play a show in Los Angeles on March 15. Tickets? In her bio. In response, Nasty Cherry posted some good advice on their own Instagram grid, alongside a photo of their mentor: "Get yourselves a girl who can be your #1 fan and co-writer of your new song."