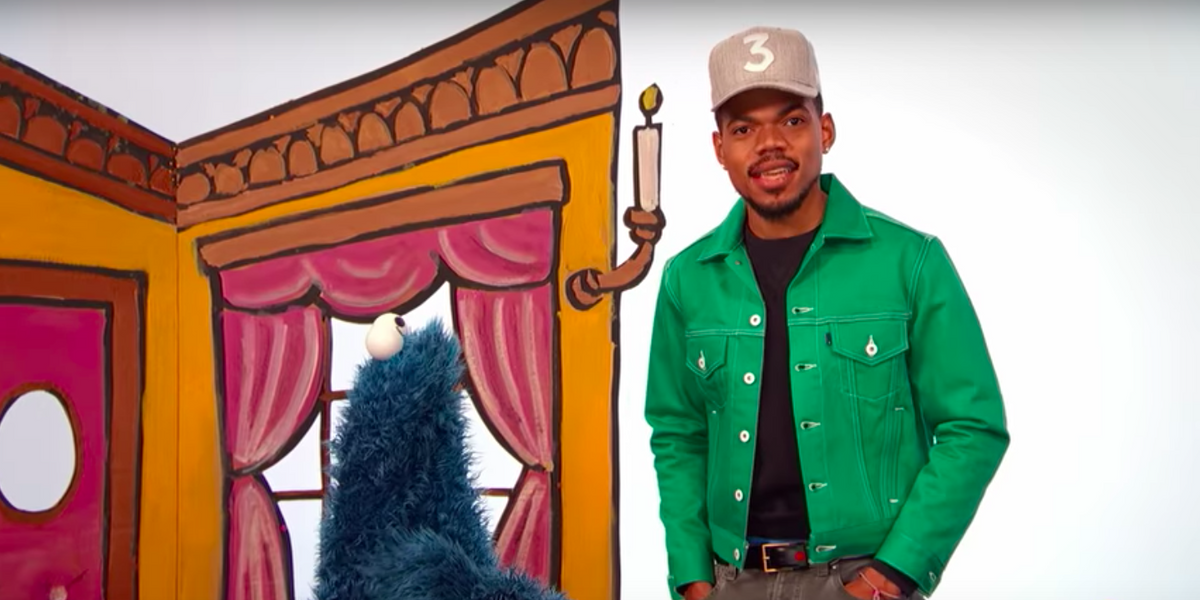 On Saturday, Chance The Rapper took a trip down to Sesame Street and visited his friends Cookie Monster and Elmo. The artist was a special guest on the classic children's show, and was part of the sketch, "T is for Theater." And here Chance got the chance to show off his acting chops.

He and Cookie Monster star in a play entitled "The Monster Who Loves Cookies," with Elmo as the director. To the blue monster's surprise, it was the rapper who got cast as the lead monster role. But as it turns out, Chance might not be cut out for the role.

Back in December, Chance teased his appearance on the show, with clips of him hanging out with Oscar the Grouch, and the rest of the gang. In a brief clip, he told the little green grouch, "Honestly, I'm just tired of people saying my music is trash." And the other cute monsters even greeted Chance's adorable daughter, Kensli.

Just got done at work, see ya soon baby. pic.twitter.com/tFskWH8bVk

This isn't Chance's first acting gig. This year, he's also made a cameo in a voter explainer video with Stephen Curry for Pod Save America, and a satirical explainer for Chicagoist TV.

Here's to hoping we'll be seeing more of Chance The Actor in 2019.