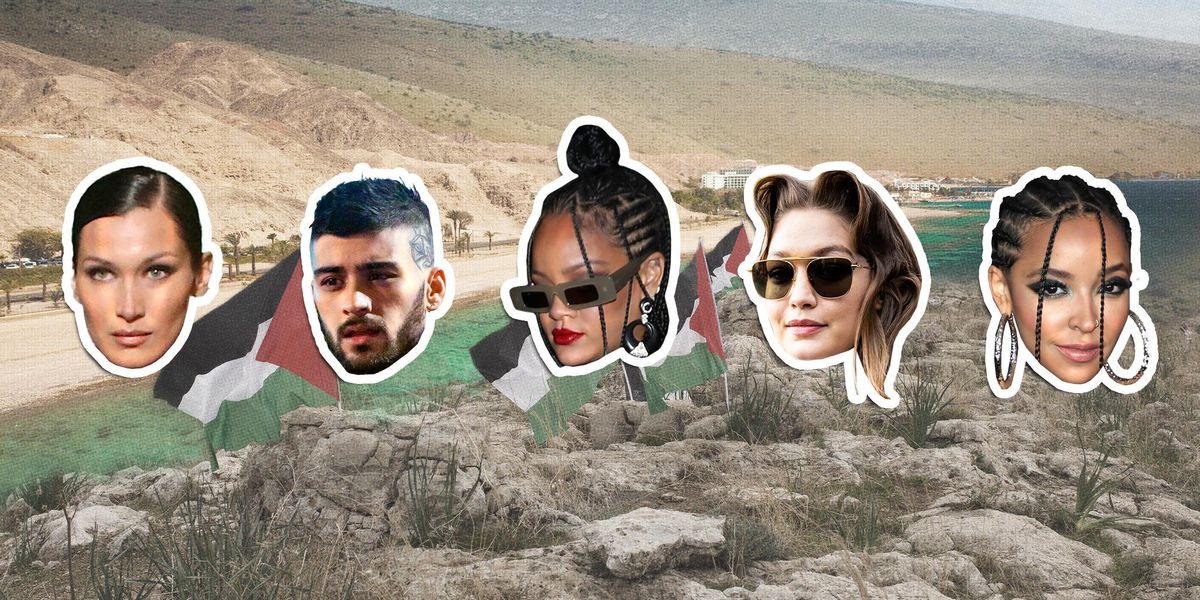 As the conflict between Israel and Palestine escalates with death tolls climbing and Israeli forces mobilizing along the border raising international alarm, celebrities have been using their platforms to call attention to the dire situation.

Taking to Instagram Wednesday night, Rihanna made a statement: "My heart is breaking with the violence I'm seeing displayed between Israel and Palestine," she wrote. "I can't bare to see it! Innocent Israeli and Palestinian children are hiding in bomb shelters, over 40 lives lost in Gaza alone, at least 13 of whom were also innocent children! There needs to be some kind of resolve! We are sadly watching innocent people fall victims to notions perpetuated by government and extremists, and this cycle needs to be broken!"

Adding in the caption, "I stand with humanity! this ain't it y'all," Rihanna's post was praised by some for calling attention to the unfolding humanitarian crisis while drawing criticism from others who say her neutral stance lets Israel off too easily without holding the government's actions accountable.

Other celebrities such as Tinashe and both Bella and Gigi Hadid have been less ambiguous about where they stand. Bella, whose father is Palestinian and vocally supported Palestine for years, shared to Instagram an infographic addressing common misconceptions about the Israeli-Palestinian conflict.

"I have been told my entire life that who I am: a Palestinian woman — is not real," Hadid wrote in her post. "I've been told my father does not have a birth place if he is from Palestine. And I am here to say. Palestine is very much real and the Palestinian people are here to stay and coexist. As they always have."

Hadid also shared a clip of Bernie Sanders explaining to a Fox News anchor that being critical of the Israeli government is not inherently anti-semitic. "I want to make this very clear," she added. "Hate from either side is not okay - I do not condone it!! I will not stand to hear people talk badly about Jewish people through all of this. This is about HUMANITY not about religion !!!! This is about freedom in Palestine."

Gigi reshared one of the posts that reads, "One cannot advocate for racial equality, LGBT & women's rights, condemn corrupt & abusive regimes and other injustices yet choose to ignore the Palestinian oppression. It does not add up."

Meanwhile, Gigi's boyfriend and father of the couple's newborn daughter, Zayn Malik took to Twitter to share a UNICEF report on children in the Gaza Strip that have been killed as a result of the escalating violence.