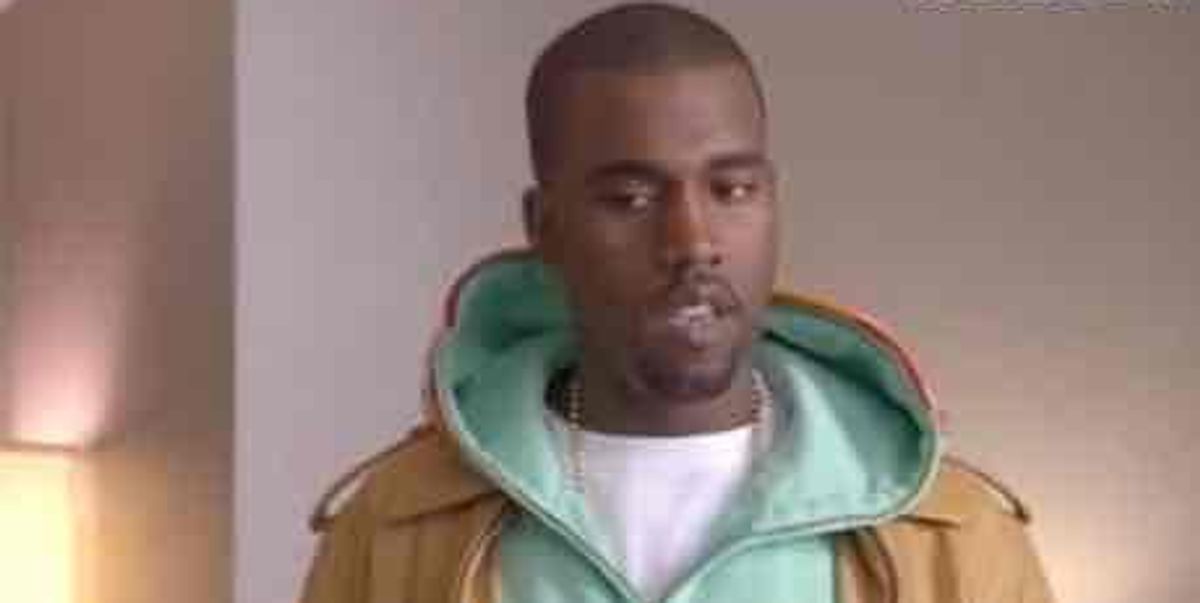 Kanye West, genius pace setter for all contemporary music, manic pixie dream boy, and Gemini slander patient zero turns 40 today. For all our fellow Kanye apologists out there, today is a day for reflection, contemplation, kilt-wearing, and revisiting 808s & Heartbreak.

Of course, Kanye has had far more iconic musical, fashion, and pop culture moments than we could ever adequately enumerate here, so in celebration of his big day, let us turn our attention to one Iconic Kanye Venture™ that never came to full fruition. I am speaking, of course, of Kanye West's absolutely bonkers Curb Your Enthusiasm-style improvisational comedy pilot for HBO back when he considered himself "the black Larry David."

Breathtakingly awkward Youtube clips from the 2007 pilot were unearthed in 2013 to the delight and great discomfort of the Internet at large, but it was only after the entire episode was screened by Wyatt Cenac (who had a role in the pilot) at a Brooklyn comedy show that the true magnitude of this undertaking was revealed. Writer Sam Biddle was in the audience that night, and described the history he witnessed in an account for Gawker (RIP):

The plan was to make an unscripted show that combined Entourage (a cast portraying Kanye's friends, leaning heavily on J.B. Smoove, who is almost always crammed into the frame), Sex and the City (Kanye wanted the show to be equally influential for male fashion) and Charlie Rose. He'd recorded troves of interviews with thinkers like Cornel West that were to be sprinkled in each episode, splitting the plot into incoherent vignettes. To watch Kanye West step into an elevator with Jeff Garlin in a robe is to feel briefly, completely out of your mind.

HBO asked for 30 minutes of this. Kanye delivered 60. HBO killed the project.

But the half-hour that remains is a surreal, silly fever dream. Kanye bangs on a table channeling the Hitler video meme. He talks at length about Tom Cruise, who we're told is a personal idol of his, but turned down a role on the show. The pilot's plot curves around the rapper's spell of halitosis, which is one of his deepest phobias.

We can only hope that the Criterion Collection edit comes out soon, but in the mean time, let us gather round this legendary clip of "Kenny" meeting a Make A Wish Foundation kid... Happy 40th Kenny!