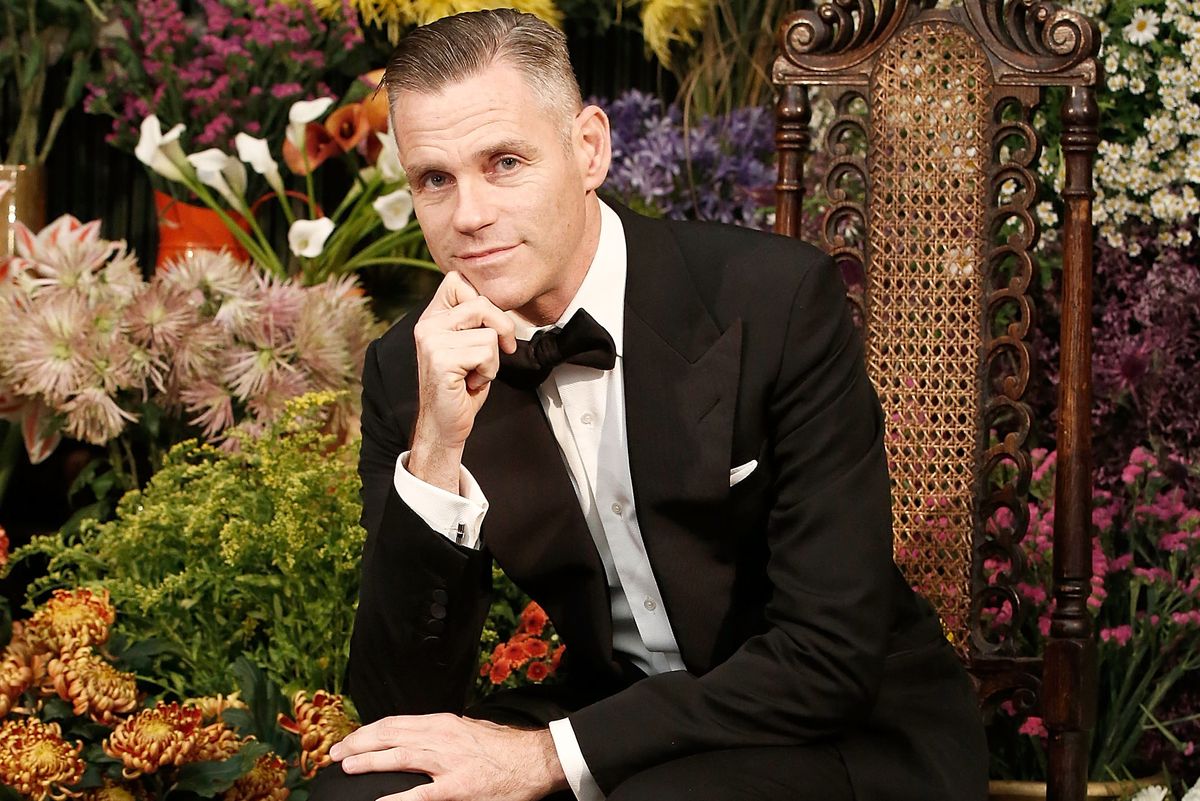 James Scully has been a top casting director for decades. He's also been the most outspoken critic of the lack of diversity on the runways. Feeling that New York Fashion Week had been more diverse than usual, we called Scully to get his take on the situation. As always, he pulled no punches and gave us the lowdown on the state of fashion — both runway and publishing — when it comes to diversity.

What did you think about New York Fashion Week in terms of diversity, since you're such a champion of diversity?

I mean, I have to say in all the years I've been in this business, it was definitely the most diverse on every level. Besides size and color and age, there was a big showing of trans girls this season and Teddy Quinlivan coming out. All of a sudden it's like this season was the season of the trans model on top of all the diversity, this was an even nicer surprise. And they were all working — they got everything from my shows to Ralph to Michael Kors. I mean it was pretty amazing that they're all represented. As far as representation, I'm really impressed. I don't even know what to say, I'm so surprised at how diverse it was. The only show I will say that was a huge disappointment was The Row because they only used two Asian girls and no other women of color.

There were no black girls in The Row?

It was just so out of step with the political climate. I just think it was so backwards compared to everything else. You know for the next two or three days at every event, at every party, at every show, that is what every editor talked about. If they think nobody noticed, people really did.

I wasn't at the show so I apologize I didn't notice. But sometimes you need the one that's so out-of-step and tone deaf that it really shows how diverse the others were and how right they felt.

I have to say when you look at it, it just was so not modern and felt so wrong that it was just a very odd thing to watch. It felt like another planet. It just didn't seem right to me, but everyone else got it right, that's for sure.

What do you attribute that to? Do you think people have woken up?

I do, I think people have woken up. I think the people that have been vigilant have been very vigilant. I've said this a million times but I'd say in the last three to five years, millennials are finally in the business and that's just the generation of people that want to be seen. I really feel like a bandleader of those people are Phillip Picardi and Elaine Welteroth. They're are all under 30 and for them it's really important for everyone to be represented and not just because they feel like it, that's just the norm for them and even with that mindset, a younger person speaking to a younger generation. This is who this kid is now and they want to be seen and if they're not, then they're just going to do something on their own and again that's why I think you have all these different people.They want to speak and they want to be seen and I really think that that is one of the biggest developments even in the last three years and it peaked in New York.

And you know for the first time agencies and designers just asking for girls and boys by their names now. For most of my designers, it's just a given and all girls of color bring something to the show. And I'm happy about the performance of those girls. I think people are a little more open now to something slightly more joyful and something representative of a personality rather than a girl just going down the runway.

What do you expect having seen London and the beginnings of Milan. Do you feel like diversity has progressed there?

There's the same thing, the younger generation of young designers that see themselves in a very different way. Wales Bonner and J.W. Anderson, they have a more quirky version of beauty but it still represents people of color who are slightly odd, so even that is a big step forward. They're not just looking for odd people, they're diversifying within that realm of this kind of strange beauty.

And how does Paris fit into the grand scheme?

There's kind of this new breed of girl, and I'd say almost because of Gucci and even today Prada, that there's this real kind of African girl. With a lot of black girls on the runway, you can tell they're American and they have this sportiness about them. At Gucci and Prada this week you really saw these super exotic, very African girls. Even black diversity is becoming really diverse within the business. I always find Chanel's a little light on diversity, Valentino's a little light on diversity, and then there are the ones that are very diverse like Balmain, like Stella. I'm curious too because there's a lot of changing of the guards right now with a new person at Chloe, new person at Givenchy, so I'll be really curious to see where all that winds up too.

Do you think this larger diversity is seen in print and in magazines?

Other than all the niche ones, I would say it's more in advertising this season than in the actual magazines. If I'm really looking at magazines, American Vogue is really the one that I think is diverse and has embraced this "new girl." Allure and Teen Vogue too get a million props for their very brave covers. Allure has had three of the best covers of the year as far as real diverse covers go. Other than an actress or two, I don't think I really see it a lot. As far as the big gun American magazines go, Vogue, Allure, Teen Vogue and W. The rest, I would say, aren't super thoughtful about it.

Do you feel like our work is done or could there be a pendulum swing the other way?

I don't think our work is done, but what I think is again interesting is having a younger blood in this business has changed the way things are seen. I don't think this season was more diverse because everyone was saying "let's make it more diverse," I think it was because it was. I don't see the pendulum swinging back because there was a reason why this happened in the first place. Fashion is represented by a lot of different people and now that they're in the door, they're going to keep that door open.