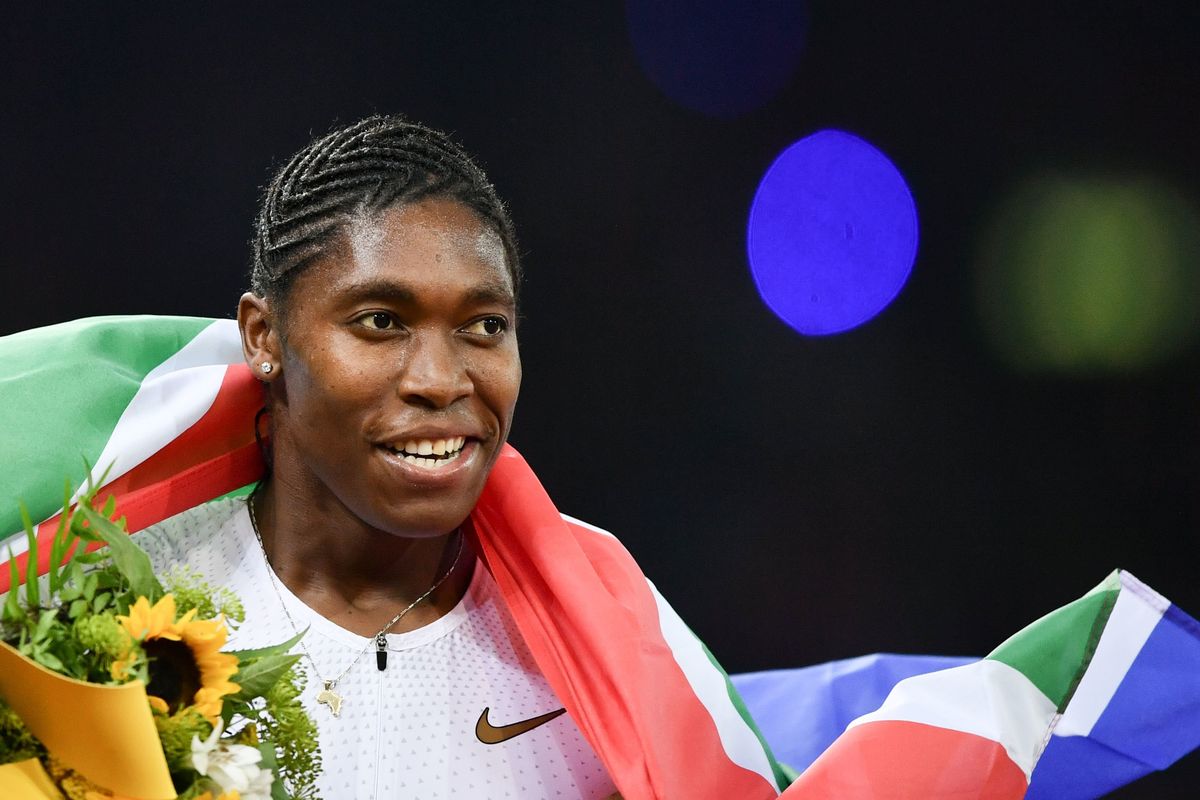 Caster Semenya Will Be Forced to Take Testosterone Blockers

South African athlete Caster Semenya has lost a landmark case regarding gender in the sports world. The highest court in sports has ruled that women, such as Semenya, who have naturally occurring, elevated levels of testosterone, will not be allowed to compete internationally as women in events between the 400 meters and the one mile, reports the New York Times.

Although she identifies as a woman, her hormones are completely natural, and hyperandrogenism is a condition that occurs in 5-10% of women, Semenya will be required to take testosterone blockers if they want to continue to compete as women in their sport.

Semenya and other female athletes with high testosterone will have to reduce their blood testosterone to below five nmol/L, wait six months before competing, and maintain the (unnatural level) for the rest of their careers.

Related | How The Gender Revolution Is Upending Sports

The Court of Arbitration for Sports' (CAS) decision is a rejection of Semenya's appeal against the International Association of Athletics Federations (IAAF), which instated rules about testosterone regulation after barring Semenya from competition for months, and subjecting her to humiliating testing and subsequent harassment.

The IAAF's position is based on the argument that hyperandrogenous athletes have an advantage due to additional muscle mass, strength and oxygen-carrying capacity.

This advantage is disputed by Semenya and her supporters. Her team argues that the science doesn't actually prove that women's high testosterone levels provide an advantage, or at least one any more significant than other biological, genetic or environmental factors such as access to training resources and nutrition.

Others outraged by the ruling have pointed out that other biological quirks that give athletes natural advantages are accepted and even celebrated in sports — and it's only when it comes to gender that the sports world polices such anomalies.

Michael Phelps is seen as a natural talent because his body naturally produces less than half the lactic acid of hi… https://t.co/Hl7UKY6H2g
— mothmam (@mothmam)1556718618.0

When the same issue last came before the CAS in 2015 with Indian sprinter Dutee Chand, the court said said the IAAF had not provided sufficient evidence for the advantage gained by athletes with raised testosterone.

This time around, the CAS said they were unable to find the the organization's rules "invalid." However, despite the ruling, they continued to express serious concerns about the lack of concrete evidence supporting the advantage of athletes with raised testosterone, and even asked the IAAF to consider waiting to implement the policy until there's more evidence available.

CAS actually acknowledged that IAAF's new rules are discriminatory, but called them a "necessary, reasonable and proportionate means" of preserving the sports' integrity. In addition, they expressed concern about the "practical impossibility" some athletes will have complying with the hormone reductions, given the side effects of such treatment.

Given her past treatment by the IAAF, Semenya sees the regulations as malicious and discriminatory.

"I know that the I.A.A.F.'s regulations have always targeted me specifically" she said in a statement from her lawyers. "For a decade the I.A.A.F. has tried to slow me down, but this has actually made me stronger. The decision of the C.A.S. will not hold me back. I will once again rise above and continue to inspire young women and athletes in South Africa and around the world."

"Her genetic gift should be celebrated, not discriminated against" her team has argued. They also say that forcing Semenya to take hormone suppressants is ethically wrong and a health risk.

Semenya's case is the latest in a series that are forcing the sports world to reckon with its inadequate, binary understanding of gender — a transformation that's becoming more and more urgent as we come to understand more about gender's and the body's complex realities.

The decision has drawn a new wave of outrage within the sports and queer communities, who are calling out the racism and transphobia inherent in the way the court is choosing to categorize gender.

The ill-treatment that Serena Williams and Caster Semenya have been subjected to in their respective disciplines,… https://t.co/mdzQHSdrT5
— machine gun Kele (@machine gun Kele)1556709797.0

I am disappointed by today’s decision by the Court of Arbitration for Sports, which will prevent Caster Semenya fro… https://t.co/jWbVftzeD4
— Billie Jean King (@Billie Jean King)1556724648.0

After today's ruling, Pape — who lost the 800 meter race to Caster at the 2009 World Athletic Championships, calling Semenya win as "unfair" — published an op-ed in The Guardian condemning the ruling and testosterone regulation as an "outdated and indefensible position."