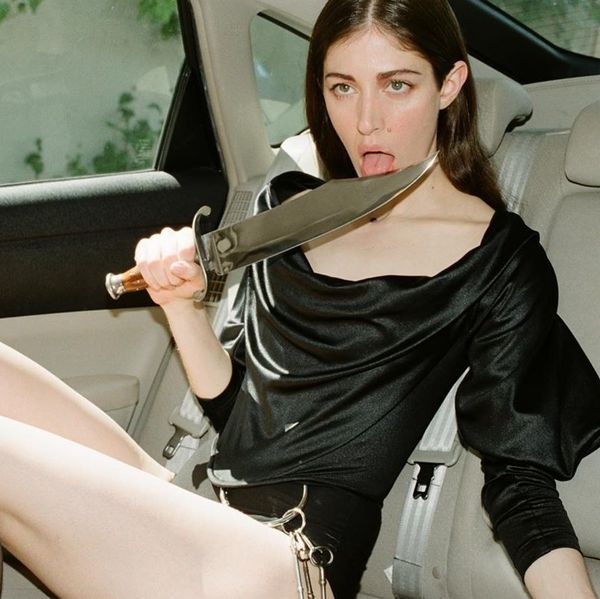 Ethereal pop siren and indie wildcard, Caroline Polachek, is finally gearing up for the release of her debut solo album, Pang, due out this fall on Columbia Records. Its her first body of work to be released under her own name following the end of NYC-based duo Chairlift in 2017 apart from the experimental ambient project, Drawing the Target Around the Arrow, released under her CEP moniker that same year.

She's since fallen in among the PC Music crowd collaborating with producers like A.G. Cook, felicita, and Danny L Harle with her most notably screaming into void alongside Charli XCX on "Tears" off of the British pop star's landmark Pop 2 mixtape.

Today, Polachek returns with a brand new pair of singles that offer a new glimpse into the forthcoming record. Aforementioned collaborator, Danny L Harle, lends his production support on both tracks building expansive palatial soundscapes for Polachek's vocals to run through like a silken river. The first of the two, "Parachute," is downright haunting with Polachek's vocals ascending into oblivion as the song reaches its emotional crescendo.

"'Parachute' is about the total trust that only comes with total emergency," Polachek explains. "Like a mayfly trying its wings for the first time over a large body of water full of hungry fish... and the wings work."

The other side of the coin, "Ocean of Tears," sees a more uptempo pop-leaning take on Polachek's vivid emotional imagery. Full of badass electric guitar licks courtesy of NYC's own Eartheater, blown out bass smacks, and some added vocal gymnastic courtesy of A.G. Cook, "Ocean of Tears" packs an auditory wallop and refuses to let up. Described as a "mercury-poisoned aria with hooks sharper than a tackle box," it is perhaps most telling that Polachek would "really like someone to figure skate to this at the 2022 Winter Olympics."