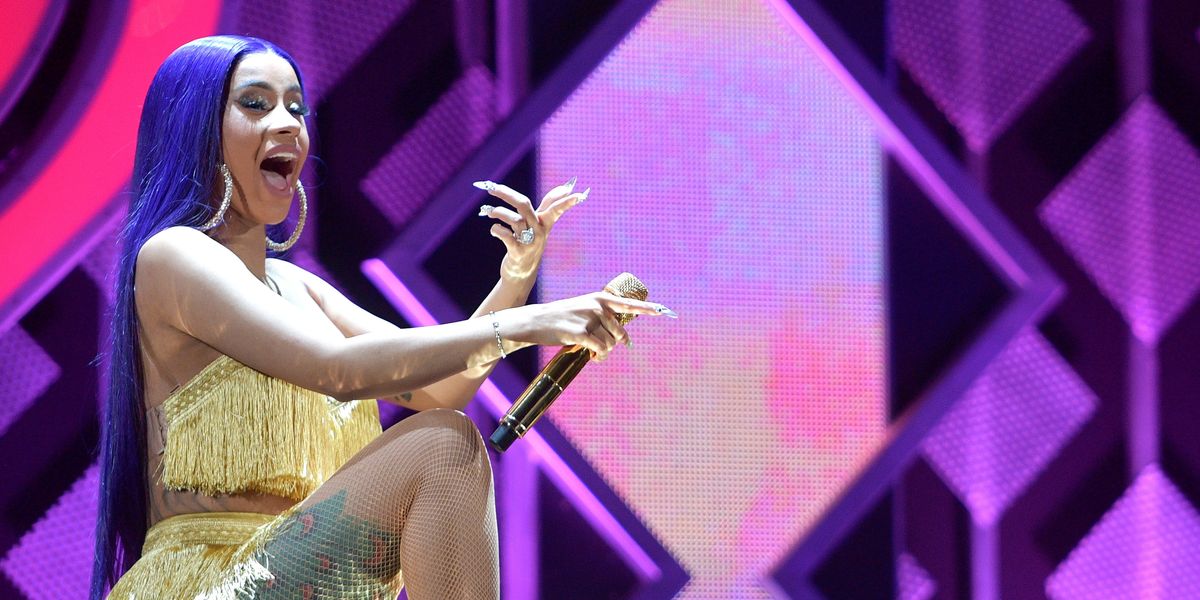 Cardi B, the only businesswoman who matters, has made yet another savvy financial move: trademarking her most well-known catchphrase. According to Page Six, she's filed the paperwork required to take ownership of and monetize "Okurrr." Also "Okurr" (two 'r's), just to be safe.

"Okurrr," which Cardi once likened to the call of a shivering New York City pigeon in winter, experienced its peak meme moment during her Super Bowl commercial for Pepsi last month. Steve Carell was also there, which made no sense whatsoever? It probably made her a lot of money, and now she wants to make more. The catchphrase will appear on "paper goods, namely paper cups and posters" as well as "clothing, namely, T-shirts, sweatshirts, hooded sweatshirts, pants, shorts, jackets, footwear, headgear, namely hats and caps, blouses, bodysuits, dresses, jumpsuits, leggings, shirts, sweaters, undergarments."

Related | Cardi B, J.Lo, Constance Wu Will Star in a Scamming Stripper Movie

​An "Okurrr" trademark will join the ranks of numerous other patented celebrity sayings. Paris Hilton once trademarked her immortal "That's hot" line, Rachel Zoe somehow managed to trademark "bananas," and Taylor Swift attempted to trademark several of her 1989 lyrics including, most puzzlingly, "this sick beat." "Blue Ivy Carter" was trademarked literally prior to her birth. Donald Trump tried and failed to trademark his "You're fired" Apprentice shtick. It's a proud tradition!