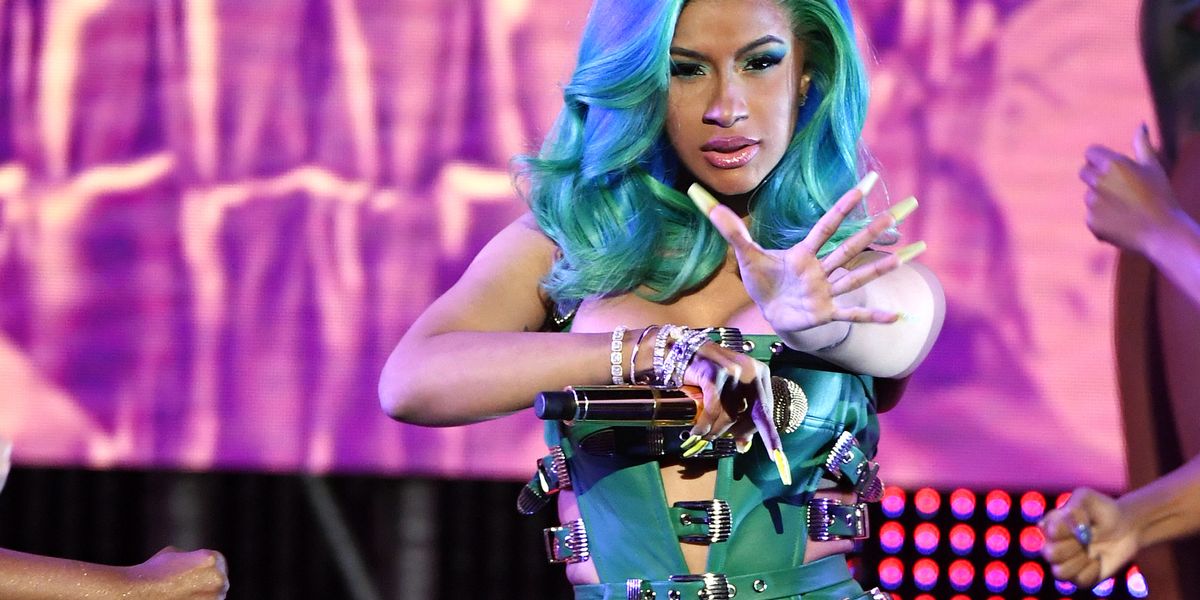 Cardi B Speaks Up About the Super Bowl

Rumors swirled around back in December 2018 that Cardi B had turned down the Super Bowl halftime show. Now, the rapper confirms that she did just that, and reveals that it wasn't the easiest decision to make. Still, she did it to stand with former NFL player Colin Kaepernick.

The Grammy-nominated artist also said she felt obligated to skip Super Bowl 53 in Atlanta to stand up for what she thinks is right. Referring to Kaepernick, she added, "I got to sacrifice a lot of money to perform. But there's a man who sacrificed his job for us, so we got to stand behind him."

Still, Cardi B and other artists are being criticized for participating in "Super Bowl-related" events. To her critics, she responded, "Well, if the NFL could benefit off from us, then I'm going to benefit off y'all. Y'all make the most money off our people. Why am I not going to take advantage of y'all and take money from y'all too? Because of y'all, we are getting these parties. OK, thank you."

The "Money" rapper, who has also gained a lot of traction lately because of her political messages, also told AP, "We got an arrogant president, and the racism right now has been reborn." She continued, "They feel mighty brave nowadays. When Obama was around, I just feel like they were praying on the day when his eight years was over. A lot of jealousy."

All these conservatives been harassing me and telling me the most disgusting things these past few days.Listen I’m not telling ya to turn liberal all I’m saying is to admit that your president is fuckin up this country right now! Liberal or conservative we ALL suffer as citizens.

You’re so blinded with racism that you don’t even realize the decisions the president you root for is destroying the country you claim to love so much .You are a perfect example on no matter how educated or smart you think you are you still a SHEEP! https://t.co/khRpoOt16B

Other artists who supposedly turned down the Super Bowl halftime slot are Jay-Z, Rihanna, and Pink. Actress and comedian Amy Schumer also refused to appear for the TV event, and tried to urge Maroon 5 to back out of the show. Meanwhile, Travis Scott says that he asked for permission from Kaepernick himself before accepting the Super Bowl gig.