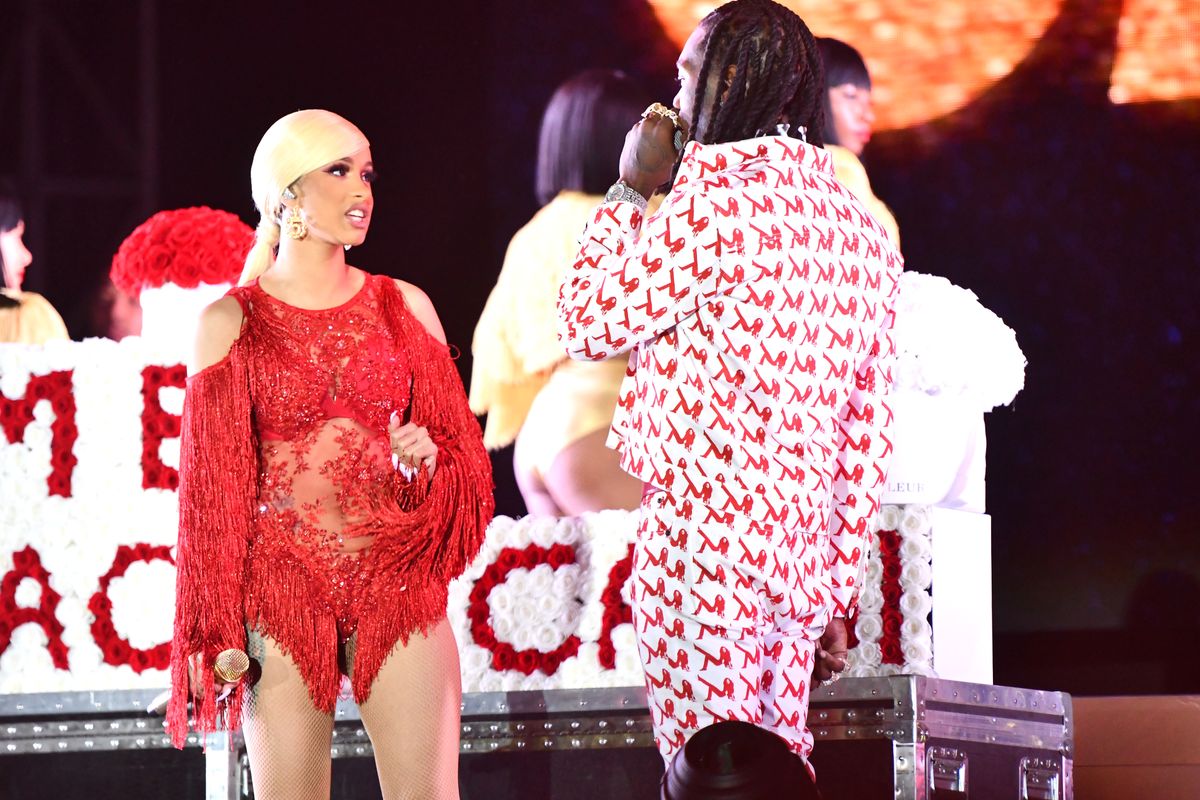 Festival Says Cardi B Knew Offset Would Join Her Onstage

Cardi B became the first woman to headline L.A.'s Rolling Loud festival on Saturday night, but the performance was somewhat overshadowed by her estranged husband Offset appearing on stage and attempting to win her back with red and white roses. After facing criticism for allowing him to crash the party, Rolling Loud organizers have issued a denial of their involvement in Offset's stunt. In fact, they say Cardi had total control over who joined her on stage.

Rolling Loud was initially blamed after fans noticed they'd posted, then deleted, a series of tweets in the lead up to Cardi's set, promising it would go "viral." But festival co-founder Tariq Cherif told the LA Times that all three members of Migos were meant to make an appearance with Cardi, rather than just Offset and his elaborate floral arrangement.

"We were told she was going to have a guest star during her set, that it was going to be Migos, but we didn't know anything about that stunt," Cherif explained. "We're getting blamed as if we conspired to do this, and I just want to make it clear that we did not. Cardi's management was in on it, it had nothing to do with the festival. The artist is in full control of the stage and they determine who gets on and off."

Related | Offset Apologizes to Cardi B on His Birthday

So that's… interesting. If it's true, either Cardi or a member of her team approved what was going to happen ahead of time, even though she appeared visibly annoyed with Offset's interruption. (In a video obtained by TMZ, you can clearly see her saying "Stop," and moving away from her husband, as he says "I love you" over and over. But you can also see Cardi B's publicist Patience helping him get on and off the stage). Definitely a clever way to make headlines, and help publicize Offset's upcoming album Culture III, which just got a delayed new release date.

Wherever the truth lies, Cardi seems determined to reach a place of understanding with Offset, whether or not they manage to romantically reconcile. Following her performance she posted a characteristically earnest Instagram video urging fans to leave him alone, citing concerns for his mental health and referencing Pete Davidson's troubling cry for help after Ariana stans mobbed him online.