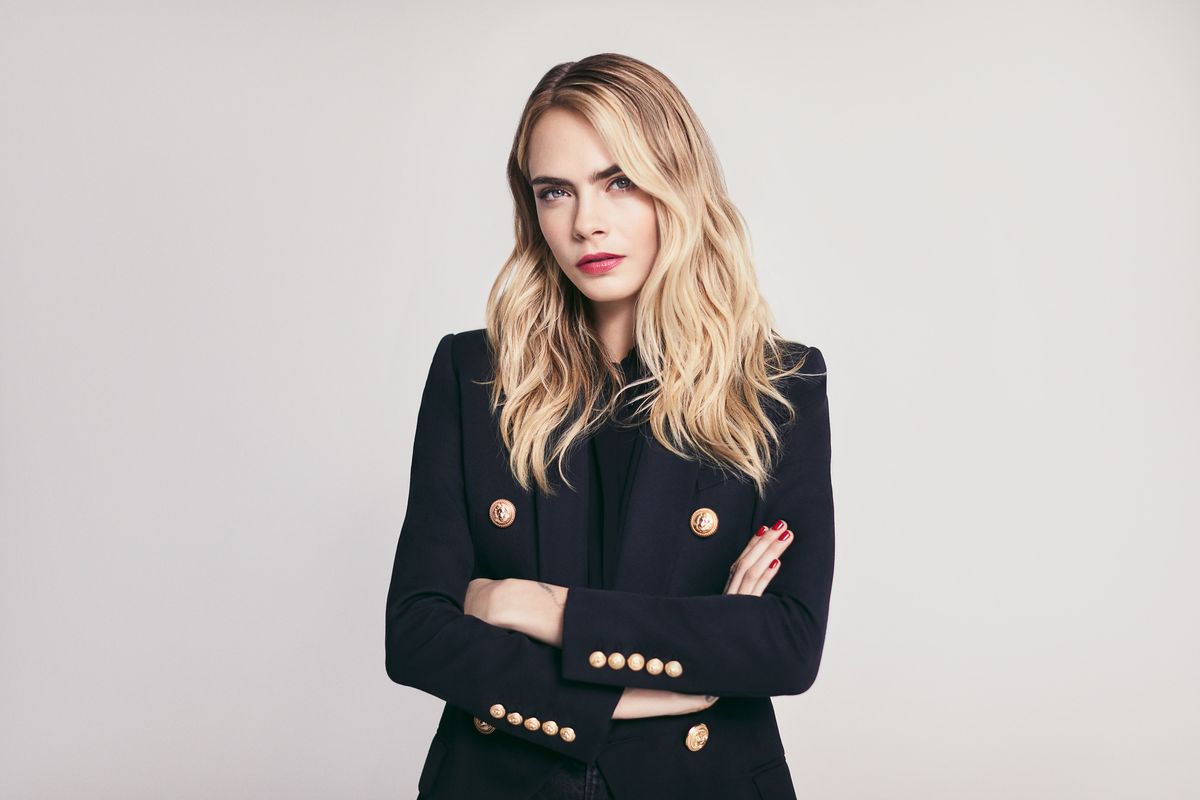 Between things like her forthcoming sex ed show and willingness to publicly discuss her own sex life, there's no question that Cara Delevingne has been using her huge platform to help open up a long-overdue conversation about sex positivity. Now though, she's taken all of this to the next level by teaming up with a trailblazing, women-led sex tech company called Lora DiCarlo — and it's a dream partnership to say the least.

Last week, the femme and LGBTQ+ sexual wellness-focused company announced that multitalented star would be joining them as a co-owner and creative advisor. And though part of her far-reaching new role is about amplifying Lora DiCarlo's message, Delevingne will also apparently be involved in everything from creative input and campaign conceptualization to helping with product ideation alongside their in-house engineering team.

"Cara's unapologetic and approachable nature will amplify our initiatives of bringing sex out of the closet and championing the cause of women's sexual health," CEO and founder Lora Haddock DiCarlo said, praising Delevingne's already-substantial contributions to future product and campaign rollouts.

"Our mission is to destigmatize the taboos surrounding sexual health and wellness in broader society today," she added. "Her involvement will drive mainstream awareness and we'll leverage data collection from her very engaged community for feedback."

But how exactly did this power pairing come to be in the first place? Well, it turns out that Lora DiCarlo was on Delevingne's radar long before its official launch. And according to the star herself, that was all thanks to the company's long-standing prioritization of celebrating femme/LGBTQ+ sexual wellness and exploration.

"Right from the start I was aligned with the brand's vision and so much of what the brand stands for," Delevingne explained. "Lora DiCarlo is the only brand in sex tech that is women-led and femme-focused that is encouraging people to explore and take ownership of their sexuality."

In addition to their "well aligned" beliefs, Haddock DiCarlo shared that Delevingne was also drawn in by the company's handling of its CES controversy, as it demonstrated a mutual commitment to "destigmatizing sexuality and empowering everyone to explore and be comfortable with their own bodies."

Lora DiCarlo made headlines last year when their Osé Robotic Massager was awarded the prestigious CES Innovation Award in robotics thanks to its use of groundbreaking microrobotic technology. Unfortunately though, the honor was suddenly rescinded after organizers deemed the sex toy "immoral, obscene, indecent, [and] profane," which naturally led to accusations of gender bias given the event's allowance of similar sexual wellness products aimed at men.

And though the award was eventually returned to Lora DiCarlo with a formal apology, as Delevingne noted, incidents like this obviously indicate that we still have a long ways to go when it comes to talking about sex and pleasure as a whole.

"It's so exciting to see the [larger societal] shift, but it's just the beginning," Delevingne said. "I hope in my new role I can use my platform and voice to continue encouraging everyone to be open to learning more about their sexuality."

She added, "Sexual wellness is still such a taboo topic and I think it's so important for everyone to be properly educated and take ownership of their sexuality."

Haddock DiCarlo echoed Delevingne's sentiment by reiterating her hopes of their partnership furthering mainstream awareness of the company's larger mission. Ideally, the collaboration will also encourage customer engagement through things like their new feedback text line at 310-421-0894 — with the end goal of providing people with the best possible product while continuing to lead the sex tech industry by example.

"My hope is that Cara's involvement will help amplify sex positivity and sexual exploration for the world at large, and that people that are disastrously ashamed or even disgusted by sexuality [will be able to] feel even a tinge more comfortable with the subject," Haddock DiCarlo said, before concluding, "Only then can real change happen."