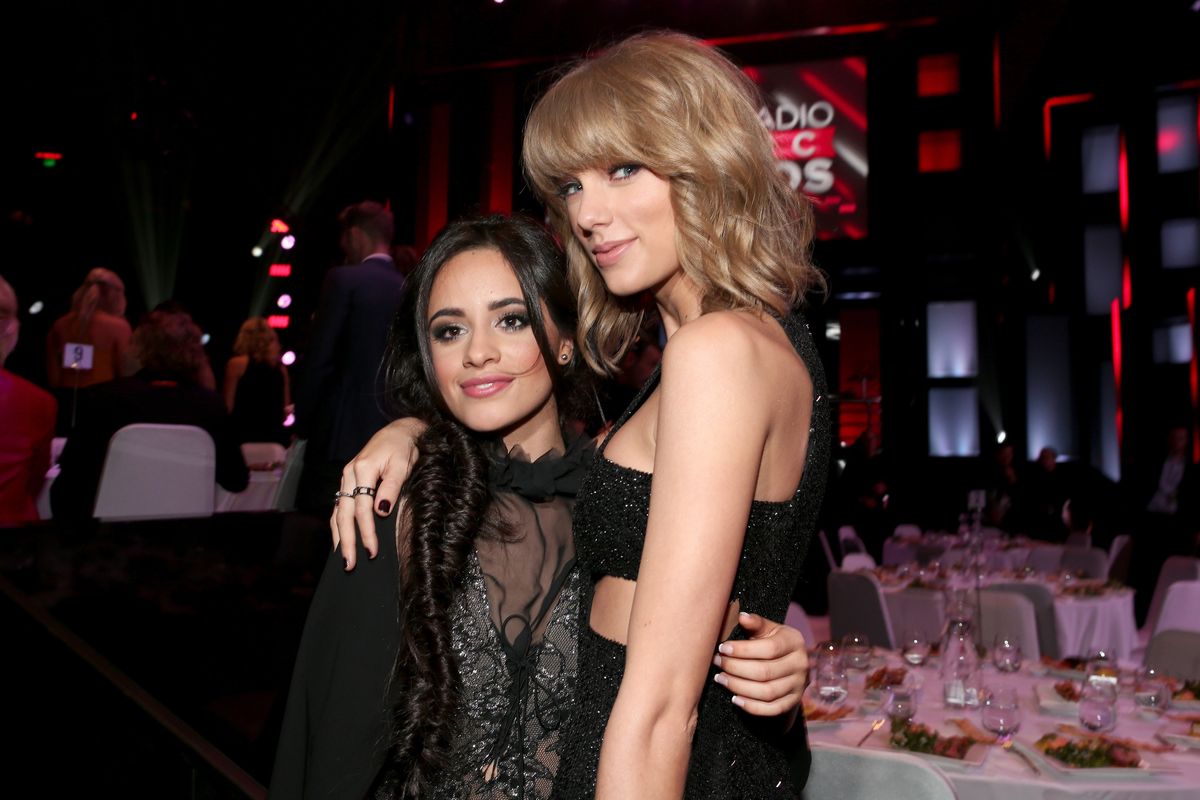 Camila Cabello is becoming the queen of trying to turn non-events into high key drama. Recently, she made headlines for feeling insecure when literal child Blue Ivy asked her parents, Beyoncé and Jay Z, to be quiet during Cabello's Grammy's speech. Most people realize that Ivy's acknowledgement is a gift and never something to feel attacked by, and also that a 6-year-old is probably not scheming to make a grown woman feel less than, but somehow no one on Cabello's team told her?

Now, just days after turning a routine trip to the airport into her own personal fashion week, which we're high-key obsessed with, she's making headlines for addressing yet another milquetoast rumor. Apparently, people were suggesting that Cabello was urged to leave Fifth Harmony by friend and soon-to-be tour mate Taylor Swift.

Good news for everyone waiting with bated breath to hear whether or not this is true: it isn't! And! It turns out Cabello would never let anyone tell her what to do.

She told Dan Wootton in a recent interview for The Sun, "It annoyed me that people said [Taylor] was encouraging me because I know that she probably got a lot of negative criticism for that," she said. "Absolutely nobody could ever persuade me to do anything. If I don't want to do something the whole world could be telling me and I won't do it. And if I do then the whole world could be telling me to not do it and I'll do it. I've always been that way."

When they do hang out, Swift and Cabello talk about the very normal subjects. She said, if you can believe it, "It's so funny because when Taylor and I talk and whenever we hang out we talk about love and boys."