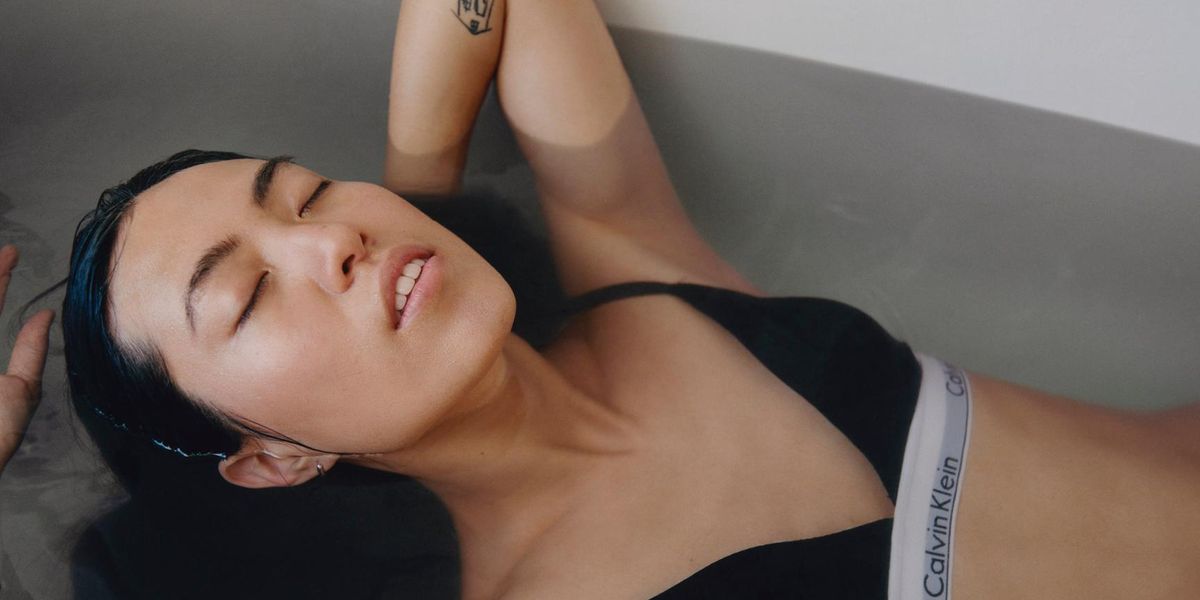 LA-based singer-songwriter Deb Never's unique sound of grunge and hip-hop is both moody yet honest, a reflection of her effortlessly cool persona. She just came off from performing in Brooklyn and her new EP Where Have All the Flowers Gone? has been met with critical acclaim.

She's also one of the faces of Calvin Klein's latest campaign for Fall 2021, called The Language of Calvin Klein. It captures vignettes of each talent doing everything from reciting routines to daydreaming out loud, putting pen to paper to doing poetry.

In Never's video, she sits up on a mattress while singing into a fan. The stripped-down campaign was shot by photographer Renell Medrano and is focused on Calvin Klein's wardrobe essentials, underwear, jeans, tees and hoodies. Below, a quick chat with Never on her new CK campaign.

How do you dress up or dress down your Calvins?

I wear Calvins always. I'm wearing them right now; the underwear, pants, jacket. Whether I'm at home or playing a show or going to an event I'm wearing Calvins, it's comfortable and classy.

The video campaign you shot for the campaign felt so nostalgic to me for some reason. I think it was that childlike humming into the fan we all did when we were younger. What do you do when you feel like no one's watching?

I got an email one day about this campaign and if I was gonna show my body half naked anytime anywhere, it would be with Calvin. I didn't doubt this would happen at some point so it's been a big blessing being able to work with their team so closely, I'm a huge fan and want to grow with them. Shout out to Calvin Klein and the team, man, they got great taste.

The video campaign you shot for the campaign felt so nostalgic to me for some reason. I think it was that childlike humming into the fan we all did when we were younger. What do you do when you feel like no one's watching?

Probably a lot of odd things to be honest.. If I told you it would defeat the purpose of feeling like no one watching wouldn't it?

Congrats on your show in Brooklyn this week and on your latest EP earlier that comes out today! What has been the most exciting thing about emerging as a musician in this post-Covid world?

Thank you! Coming out of last year I feel like everyone, including myself, had a reset and there's this pent up energy that people are ready to/need to let out and receive. Being able make music and play shows again just hits different this time. We're living through a renaissance.

Do you have any exciting projects coming up on the horizon you can share?

There's definitely going to be another project, but I'm gonna let this one live out its life first.