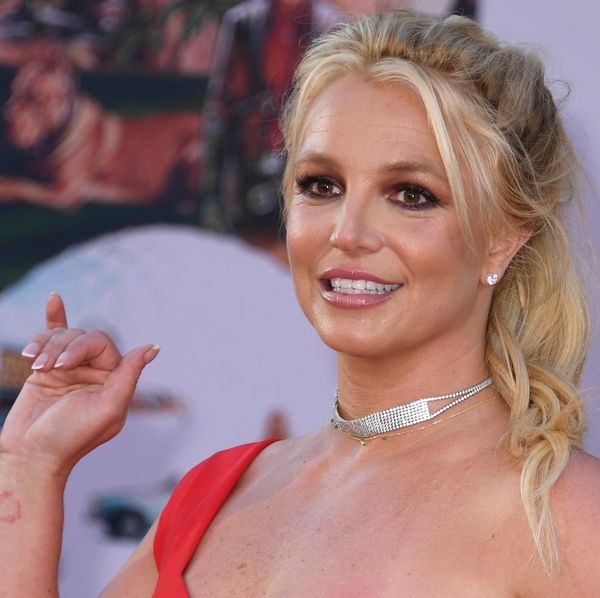 The world is still reeling from yesterday's revelations after Britney Spears' conservatorship case hearing. Speaking out publicly for the first time about her conservatorship, Spears revealed just how extreme the restrictions placed on her have been over the past 13 years as she asked the court for control back over her estate and personhood.

Describing her conservatorship as being "abusive" and "oppressive," Spears shared disturbing details about the invasive level of control that has been exerted over her. Likening the lack of agency over her body as being akin to sex trafficking, Spears said that she was forced to take heavy doses of lithium, which made her feel constantly "drunk," was once forced to perform with 104-degree fever and was not allowed to go to a doctor to get her IUD removed despite expressing a desire to get married and have a baby.

To some extent, we all knew that the situation was bad but it wasn't until yesterday that we realized just how bad things truly were. The movement to end Spears' conservatorship has steadily amassed more and more public support as more information about the case has emerged. From the #FreeBritney movement spreading awareness about the case to the ACLU pledging their support in pushing to reform the conservatorship system, the case has been thrust into the spotlight with various voices joining the call to end the abusive relationship.

Celebrities such as Mariah Carey, Brandy and Tinashe all took to Twitter to share their support for Spears following yesterday's hearing with Liz Phair and Halsey both specifically weighing in on Spears' lack of control over her own reproductive health.

Oldest trick in the playbook of the patriarchy: declare a woman mad and gain control of her assets/property. Been h… https://t.co/onGEQ9NQPX
— Liz Phair (@Liz Phair)1624487080.0

Additionally, fuck anyone who thinks they have the authority as an institution or individual to control a person’s… https://t.co/SP0PhDzov7
— h (@h)1624486254.0

Watch What Happens Live host, Andy Cohen, delivered a passionate monologue praising Spears for speaking out and slamming her father for continuing to hold the pop singer's life hostage and dubbing him the "Jackhole of the Day." "How about we all start listening to Britney Spears? Britney Spears is not a girl, she is a woman," Cohen said. "She certainly deserves a hell of a lot more than a low-rent 'Mommy Dearest' in a boxy suit. Britney, after the courage you showed today, you are 100 percent stronger than yesterday, and Jamie, if you want to make money in the future, I suggest you better work, bitch."

Even Spears' ex-boyfriend, Justin Timberlake, threw his support behind Britney as well. "Regardless of our past, good and bad, and no matter how long ago it was... what's happening to her is just not right," Timberlake writes. "No woman should ever be restricted from making decisions about her own body."

After what we saw today, we should all be supporting Britney at this time. Regardless of our past, good and bad,… https://t.co/gWSPZuGNkk
— Justin Timberlake (@Justin Timberlake)1624495286.0

Jess and I send our love, and our absolute support to Britney during this time. We hope the courts, and her family… https://t.co/6p1xdytiTO
— Justin Timberlake (@Justin Timberlake)1624495331.0