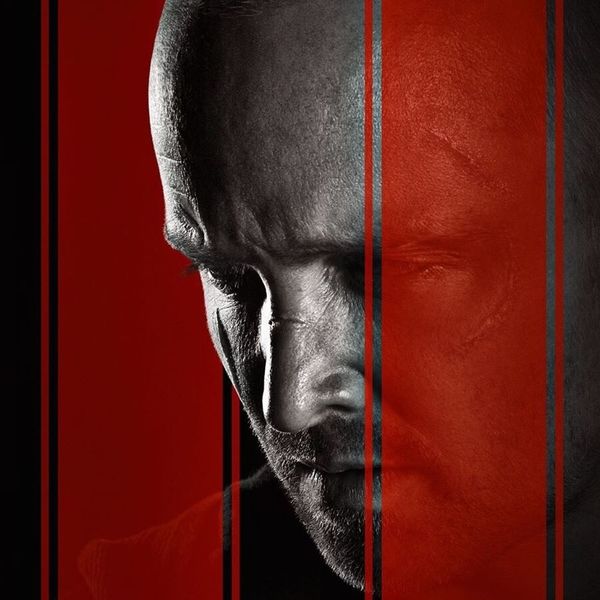 The 'Breaking Bad' Movie Gets a Release Date

In the fifth and final season of Breaking Bad, we bid Jesse Pinkman (played by Aaron Paul) farewell as he drives into the distance, leaving his cartel life behind him.

Fans of the gritty drama were left wondering where Pinkman would end up, especially given his ambiguous fate. Following numerous rumors, a sneak peek of El Camino: A Breaking Bad Movie premiered during last night's Emmys, where viewers gain more insight into Pinkman's new life, having left his old one behind.

Life hasn't exactly been very good to him, we discover in the newest trailer. There are shots of a nervous Pinkman trying to cope with bad news on the radio: The police are looking for a "person of interest" who shot and killed nine people.

Fans of Breaking Bad will recall that this mass shooting was the result of Walt White's character (Bryan Cranston) breaking out of an Aryan Brotherhood compound. According to The Hollywood Reporter, viewers can expect to see some familiar faces resurface, including "fan favorites Skinny Pete (Charles Baker) and Badger (Matt L. Jones), the Beavis and Butt-Head of the greater Albuquerque meth community."

When it came to reprising his iconic role, Paul tells THR, "It was so easy for me to just jump into where Jesse's at mentally, emotionally, because I lived and breathed everything he went through and then some, and so, honestly, it felt like a part of me had gone through that as well. All I had to do was just memorize these words and then play them out when they yelled 'action.'"

El Camino premieres October 11 on Netflix, as well as in select theaters. Find more details on those screenings, here.