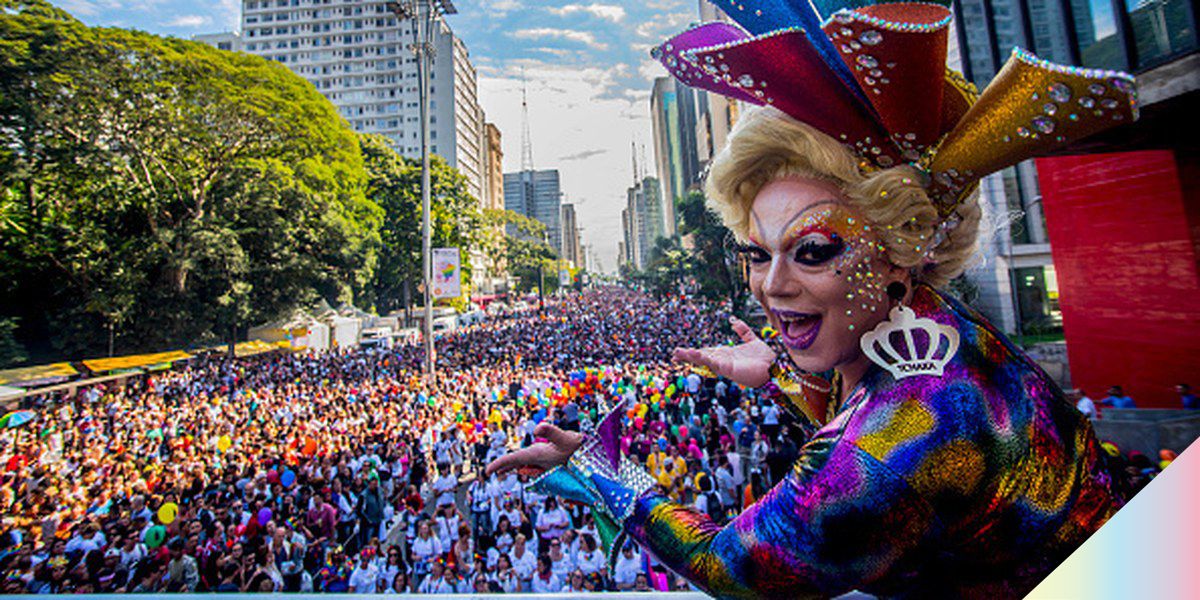 Brazil Held the Most Massive Gay Pride Party Ever

The great country of Brazil, home of gorgeous people and uber-dedicated pop music fans, never half-asses anything they do, including their gay pride celebrations. Hundreds of thousands of gays and allies, many from other countries in Latin America, descended upon Sao Paolo for Pride this weekend, making it one of the world's largest gay pride parades ever.

This year, the city's Pride parade had a major political spin, with a strong focus on religious and political threats to the LGBT community. Parade organizer Claudia Regina made this clear on the event's Facebook page, saying that "our main enemies today are religious fundamentalists" and to steer clear of hate groups that advocate to revoke rights that the community "has already obtained." Many attendees took the message to heart, bringing hilarious signs that depicted Donald Trump and Vladimir Putin as drag queens in a display of resistance to anti-LGBT efforts.

But regardless of the threatening overtones, the revelers at Pride still threw a massive party, throwing on their best wigs and shiny garb and taking over ten city blocks to celebrate themselves. Brazilian artists Annita and Daniela Mercury performed for the massive crowd, adding a sense of national pride to the Gay Pride festivities. Organizers said they expected over three million people at the parade, but official numbers have not been released. Regardless, this is a landmark celebration for the LGBT community, showing that we have way more people on our side than we initially believe.