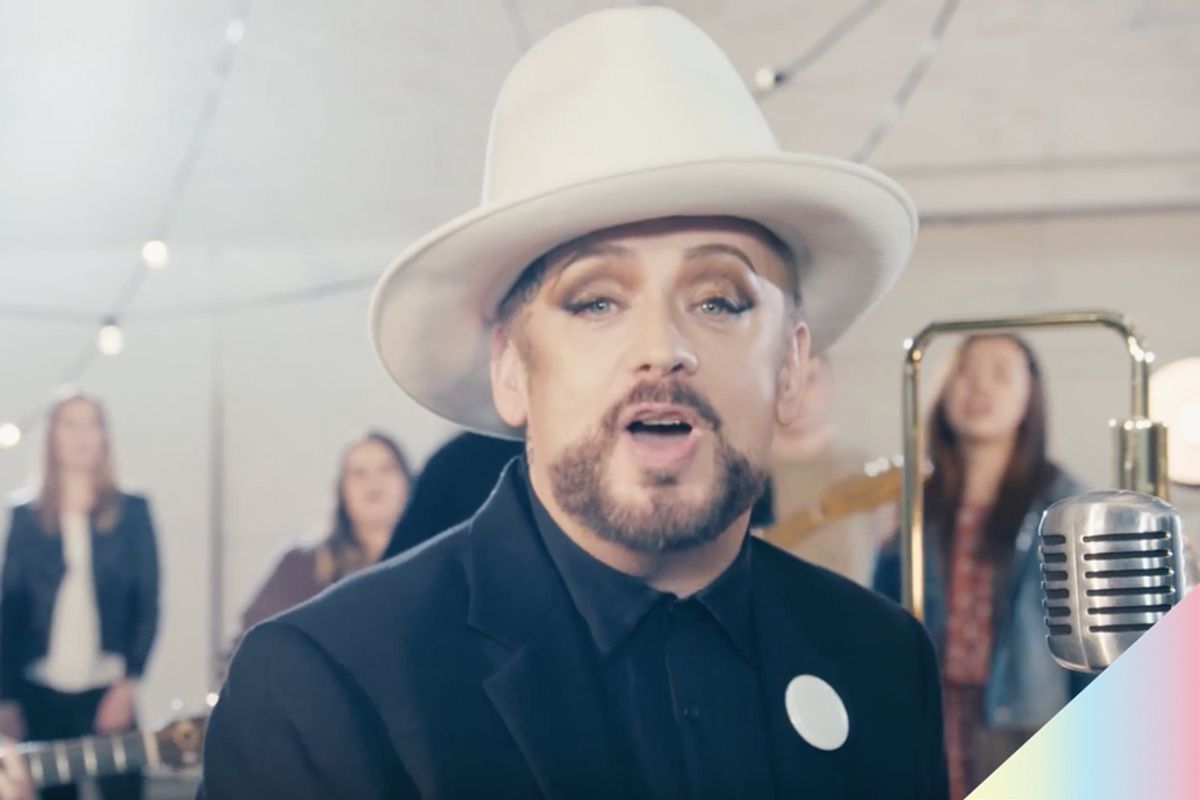 Boy George has recorded a cover of the Village People's gay anthem "YMCA" for a surprising partnership with the actual YMCA. The Australian branch of the organization partnered with the gay music icon for their Why Not? campaign, which aims to bring awareness to issues that are important to Australian youth, specifically the question of why marriage equality is not legal in the country just yet.

"The world can be a scary and overwhelming place, it's easy to feel you're not important and that your views don't matter," Boy George said about the campaign. "What if the answer to some of our biggest problems is in the mind of a young person who feels there's no place in society for them? We need to give them a voice and start listening."

The partnership is in parts groundbreaking and highly ironic due to the YMCA's own history with the track. Nearly forty years ago, the organization threatened legal action when the Village People's "YMCA" took off, spawning an iconic dance that can still bring parties together. Most importantly, it became an encouraging and slightly risqué anthem for the LGBT community considering the song's roots. The case was dropped when the organization realized that they didn't actually own the trademark, but they remained hesitant to embrace the track until now.

"When you listen to the reason why the song was written and listen to the verses, then you see it fits with our social mission," said Melissa Crole, CEO of YMCA Australia, to Guardian Australia on their decision to reclaim and celebrate the controversial song for the campaign. "We want to be a social movement for young people and with young people."

Boy George's cover is an almost disorienting reinvention of the original, axing its celebratory upbeat spirit and transforming it into a moving torch songs of sorts. "It's the opposite of the original version. It needs to be, in order to work as a cover," he remarked to Guardian Australia. "Who'd want to be reinventing the Eiffel Tower in exactly the same way? I thought I would give it a give a jazzy tone – but not too much Ethel Merman." Listen to his poignant take below and learn more about the Why Not? campaign now.