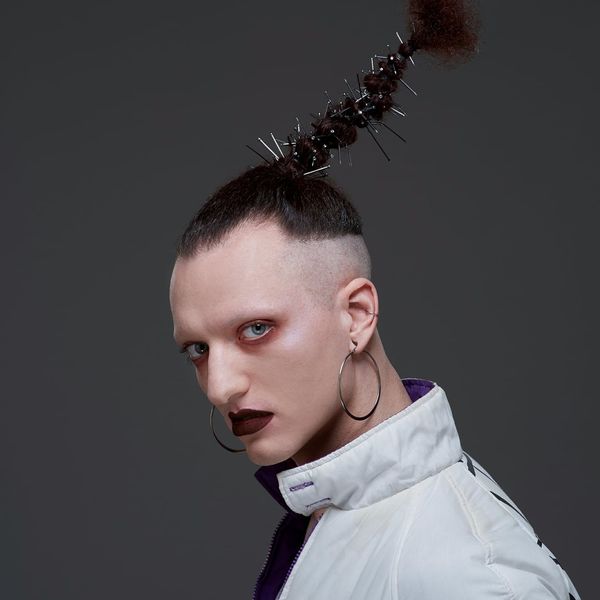 Bored Lord Is the 'Girl U Could Be Down 4'

If Bored Lord isn't already on your radar, you're doing it wrong. A fixture of the Bay Area's queer underground rave scene, the Oakland DJ/producer has been churning out killer club weapons for the past few years with no sign of letting up. From raved up retoolings of Nu-metal classics like Papa Roach's "Last Resort" or liquid DnB edits of pop gems like Kelly Clarkson's "Behind These Hazel Eyes," Bored Lord's ability to turn chart toppers into after hour anthems has carried into her original productions. By combining abrasive synths with freaky samples, Bored Lord has become an overall force to be reckoned with.

However, Bored Lord's latest EP sees the producer tapping into a softer side of herself with tracks geared towards letting love bloom on the dancefloor. Teaming up with Brooklyn's Loveless Records for her first ever vinyl release, Cybernetic Romance blends dreamy downtempo house vibes with bass-heavy rhythms that will keep your blood pumping. In the same vein as her absolutely stellar 2019 album, Transexual Rave Hymns, Cybernetic Romance carries on in this tradition of quasi-spiritual dance music, winding hypnotic vocals and lush pads around aggressive rhythms.

There's no better example of this than the EP's lead single, "Girl U Could Be Down 4," which loops a thin, wispy R&B sample over a house bassline with a few touches of Jersey and Baltimore Club beats to amp up the energy. The chopped up refrain ("I could be the girl you can be down for") feels coy, but has a tinge of melancholy — a veiled loneliness that betrays the hook's softly seductive intentions. It all feels like watching the dancefloor part to reveal your crush making out with someone else, and the only thing keeping you from collapsing into tears is the speaker's constant pulse until the night gradually numbs the pain.

Listen to the PAPER premiere of Bored Lord's "Girl U Could Be Down 4," ahead of the release of Cybernetic Romance out on Loveless Records on March 20th.