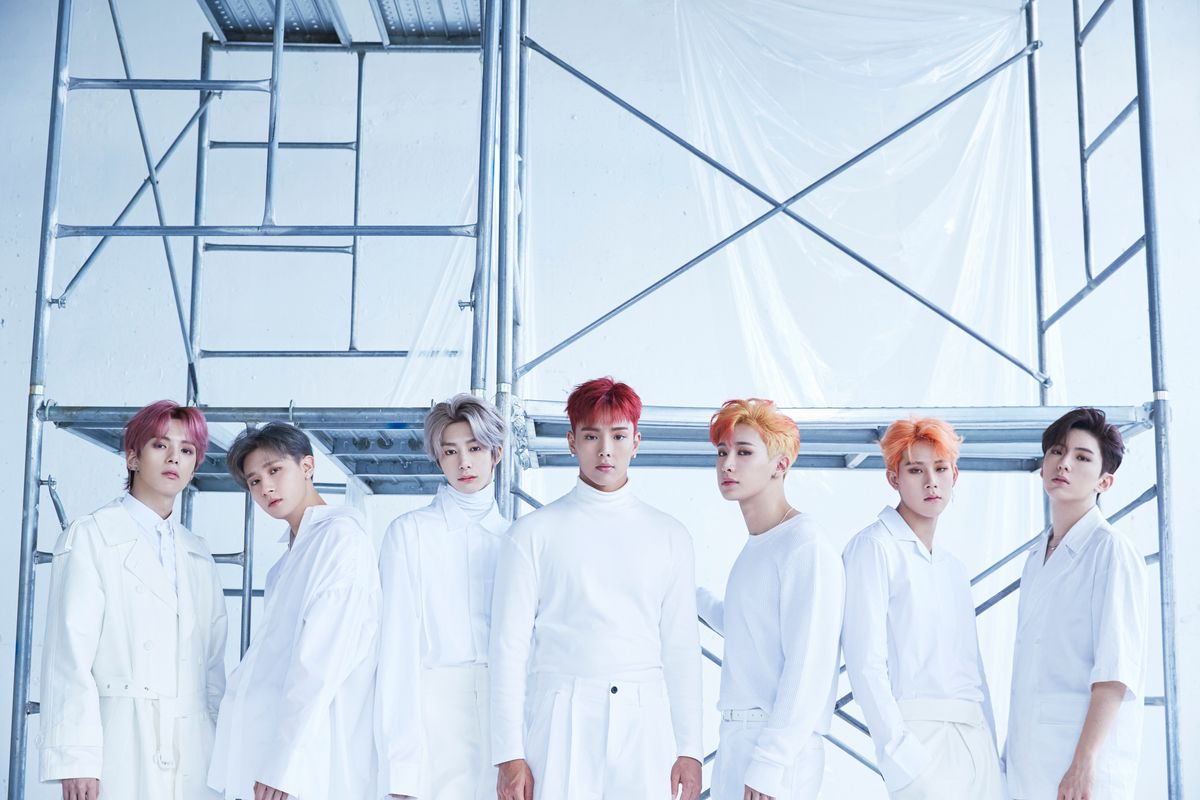 Seven-piece Korean pop outfit Monsta X has unveiled their sophomore album, Take.1 Are You There?, and the video for single "Shoot Out," which, due to the band's wildly engaged fanbase, is already up to 9 million views on YouTube. Next level. The song in question is an aggressively catchy and effortlessly cool affair, full of jagged synths and warped guitar lines that recall the demented noise-pop of Brooklyn duo Sleigh Bells. You don't have to be a rocket scientist to know that Monsta X's darkly textured but nonetheless high-energy music is the reason why they stand apart from other acts in the vibrant (and constantly expanding) K-pop scene. "Shoot Out" is niche enough to catch the ear of the most cynical music critic, and accessible enough, via the band's perfectly synchronized harmonies, to appeal to the masses. Truly a song offering something for everyone.

Much has been made of the fact that Robyn's Honey is finally here after eight years without her solo imprint on the pop music world. But, the wait is so well-worth it that you may find yourself surprised at how unlike past releases Honey as a whole is. The album, while certainly full of ear-grabbing gems, unfolds majestically with repeated listens, demanding and deserving a closer, deeper interaction with its audience. Where "Beach2k20" and "Send to Robin Immediately" lean harder into Robyn's experimental inclinations, "Ever Again," even in its air of detached cool, is more immediate. The chorus is direct and universal, while feeling entirely specific to Robyn's own experience overcoming heartbreak and depression. "Never gonna be brokenhearted," then becomes a liberating declaration of defiance and catharsis all at once. She means it. And you'll feel it, both in your bones, and in the track's subdued disco grooves and airy synths. And of course, how could forget the real cherry: Robyn's unmistakably familiar, yet effortlessly soulful vocal performance. When she sings "that shit's out the door," Robyn carries us right into our next moments of bliss, whether in life or in love, with a casual shrug of what once haunted us. But never, ever again.

Fifth Harmony's Normani casually drops two new songs with Calvin Harris, and we're here for all of it. The first, the reggae-inspired "Checklist," featuring WizKid, is an upbeat bop where our heroine sings about wanting to be valued for her heart, rather than anything money can buy. "Slow Down" is a few shades darker, but more in its deeper electronic grooves than in subject matter, which is essentially an ask for a hot-under-the-collar lover to meet her in the tranquil place she's at. On both tracks, Normani showcases her range and versatility, which makes it nearly impossible to pigeonhole her, which also means that whenever her debut solo full-length comes out, you know it'll be fire.

Colombian actress and hitmaker Greeicy teams up with Brazilian megastar Anitta for a steamy collaboration. "Jacuzzi," out today, is a slinky bop that extols the virtues of — ahem — getting wet, both literally and figuratively. The two, singing in their native tongues, sound perfectly at ease together, which makes the song even more enticing. But that's just one part of this magical formula; the video, which shows the two women cozying up to each other under club lighting and endless cascades of water, is sure to propel "Jacuzzi" into the viral smash it seems destined to be.

Allie X is back with another richly nuanced electro-pop bop ahead of Super Sunset's October 29 release. "Girl of the Year," a timeless, vaporwave-influenced track, in all its glittering power, explores the phenomenon of flavor of the week/15 minutes of fame success prevalent in the entertainment industry. She narrates from the point of view of an ambitious young woman who feels replaceable, whether that be changing industry interests — "somebody younger, with longer hair," Allie sings — or, also applicably: male interests. The song deftly mines power structures present in professional and romantic relationships. Further, the nostalgic feel of "Girl of the Year" — which fits right in with Super Sunset's dark-side-of-Hollywood pathos — renders it a stronger statement about a young woman's interior life, as dictated by society. How do you navigate anything when you're made to feel temporary?

London singer Nao's sophomore album Saturn is out today, and its chock full of sultry, sensitive R&B jams with splashes of electropop for added appeal. "Curiosity," in all its killed-the-cat come-ons, is one the album's sultriest offerings; a resonant statement of desire that's less coy than its title suggests. Nao can feel her lover's interest, and, seeing as how one's astrological Saturn return typically emboldens those who endure it, the artist, now 30, is not holding back.

Boygenius, the queer trio comprising the seismic talents of Julien Baker, Phoebe Bridgers, and Lucy Dacus, releases their self-titled EP today, and not a day too soon. The entire five-song effort is sure to captivate listeners who are fans of the three singer-songwriters independently, sure, but the further draw lies in the trio's innate harmony and sense of purpose together. "Souvenir" is one strong example of the group's confrontational power as songwriters, as Baker and Bridgers trade verses addressing mortality, and what we choose to hold onto while alive — be it gift-shop mementos, dreams, or hanging around graveyards and hospitals in search of meaning. "What makes us all connected?" Boygenius seem to wonder aloud. Well, for starters, the fact that yes, we're all gonna die, but also: we are all seeking.

AFI returns with a roar. "Get Dark," from an upcoming EP called The Missing Man is a three-minute, all-out rager with immaculate production and catchy melodies galore from the goth-punk provocateurs. The emo kid in me who once wore Hot Topic pants with safety pins in them is screaming.

Maggie Lindemann, a sharply observant singer-songwriter, returns with new single "Human." The song, released just in time for Halloweekend, adopts a creepy, circus-style arrangement framing its lyrics about the ways in which we disconnect from our own humanity. Lindemann acknowledges that for some of us, it's disassociating through drugs and alcohol; for her, it's about navigating anxiety. It's a powerful song, from this point of view, because "Human" is ultimately about knowing we'll be okay, no matter what our struggles are.