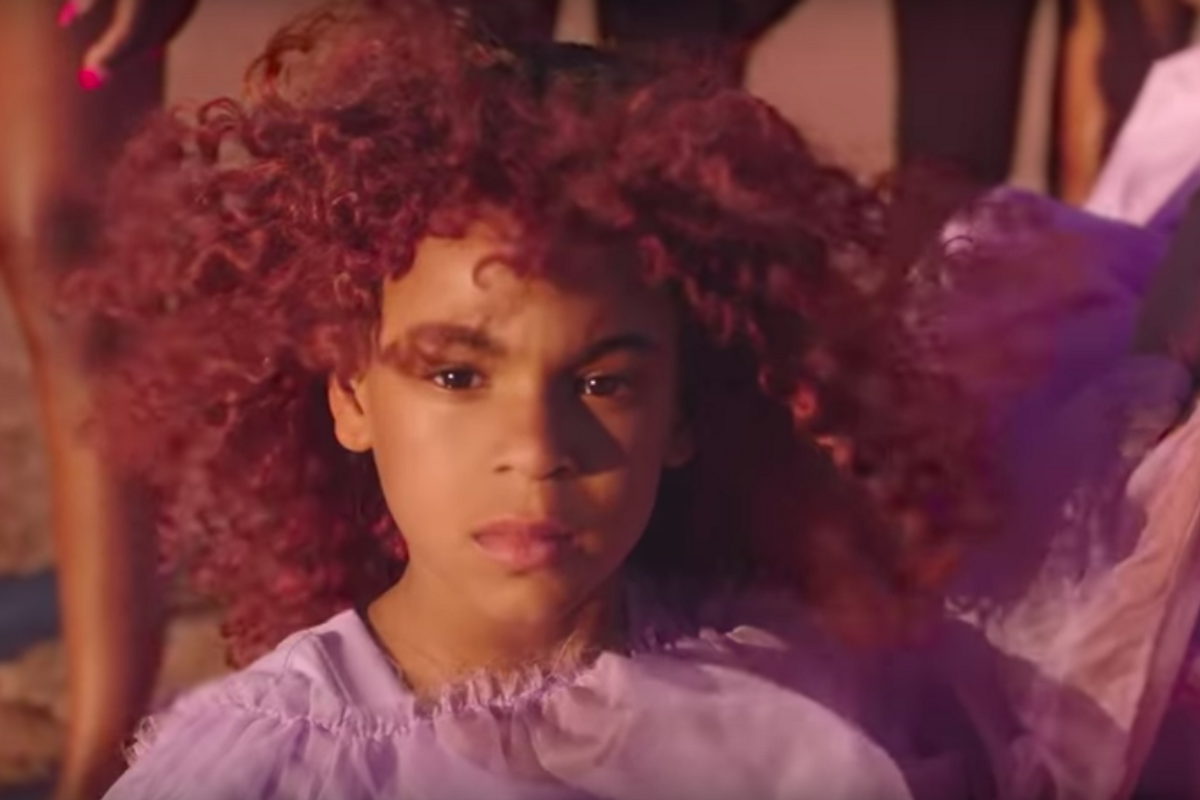 The Internet Is Here for Blue Ivy's Singing Debut

On Friday, Beyoncé's highly-anticipated The Lion King-inspired album, The Gift, dropped. And it is truly a gift from the goddess Queen Bey. The Internet is going nuts over the album, as expected. But what no one really anticipated was Blue Ivy Carter's musical debut.

The track "Brown Skin Girl" features SAINt JHN and WizKid, and Blue Ivy, who opens the song with JHN before Mama Bey jumps in for the second verse. Blue's vocals also close the song, wrapping it up perfectly. Fans were also surprised to see the seven-year-old's name in the writing credits. User @willyonce99 points out, "MY BABY BLUE IVY GOT A WRITING CREDIT ON 'BROWN SKIN GIRL'!!!!ONLY SEVEN YEARS OLD & ALREADY GOT A DISCOGRAPHY!!!"

MY BABY BLUE IVY GOT A WRITING CREDIT ON “BROWN SKIN GIRL”!!!!ONLY SEVEN YEARS OLD & ALREADY GOT A DISCOGRAPHY!!! 🗣CATCH UP, MUSTARDS👏🏾🤨!!!#TheGiftAlbum pic.twitter.com/iDmGcJdhZU

It looks like Blue Ivy's already got a fan base going with her first vocal, with stans going crazy on Twitter.

Did y’all hear that run Blue hit during her solo on Brown Skin Girl. #TheGiftAlbum pic.twitter.com/BK3wrT0I1T

Aside from Blue's singing, people are also saying the song left them in tears because of the message it sends to all "brown skin girls" about their beauty, but also because of WizKid and Beyoncé's smooth harmonizing for the main chorus.

Bey also gives a much-appreciated shoutout to her girl Kelly Rowland, and actor Lupita Nyong'o, which makes the song even more powerful.

AND BLUE OPENING AND CLOSING WITH THE VOCALS. I... pic.twitter.com/MsoacmpsAR

Listen to "Brown Skin Girl" and the rest of The Gift below.