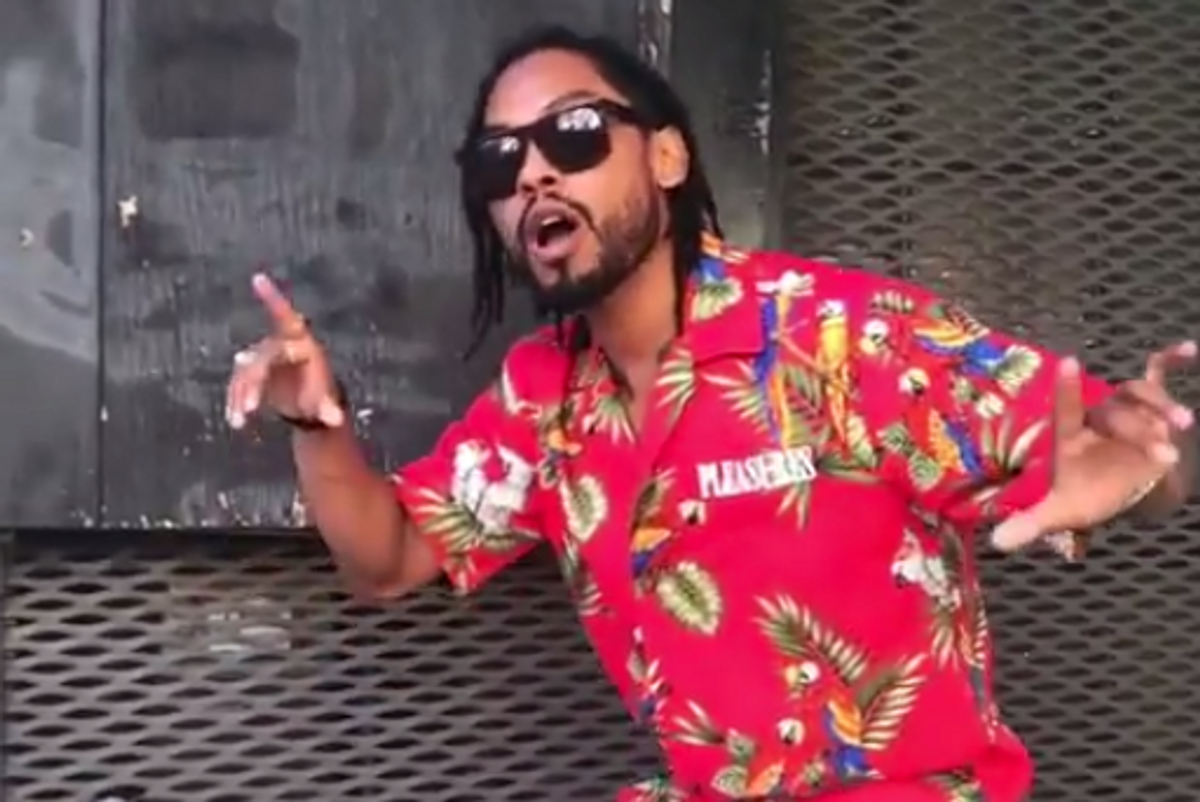 Miguel, possessor of a voice crafted by angels alone and an expert in pattern-clashing, is clearly on a cover-roll. First came SZA's "The Weekend" which was magical and flawless, and now the star is back with Pussy Riot's "Make America Great Again," which he declared a "jam." Same.

Here he is — so casual, so cool. Easy, breezy, beautiful.

Who is his videographer because, frankly, that's a dream job and I'd like to apply.