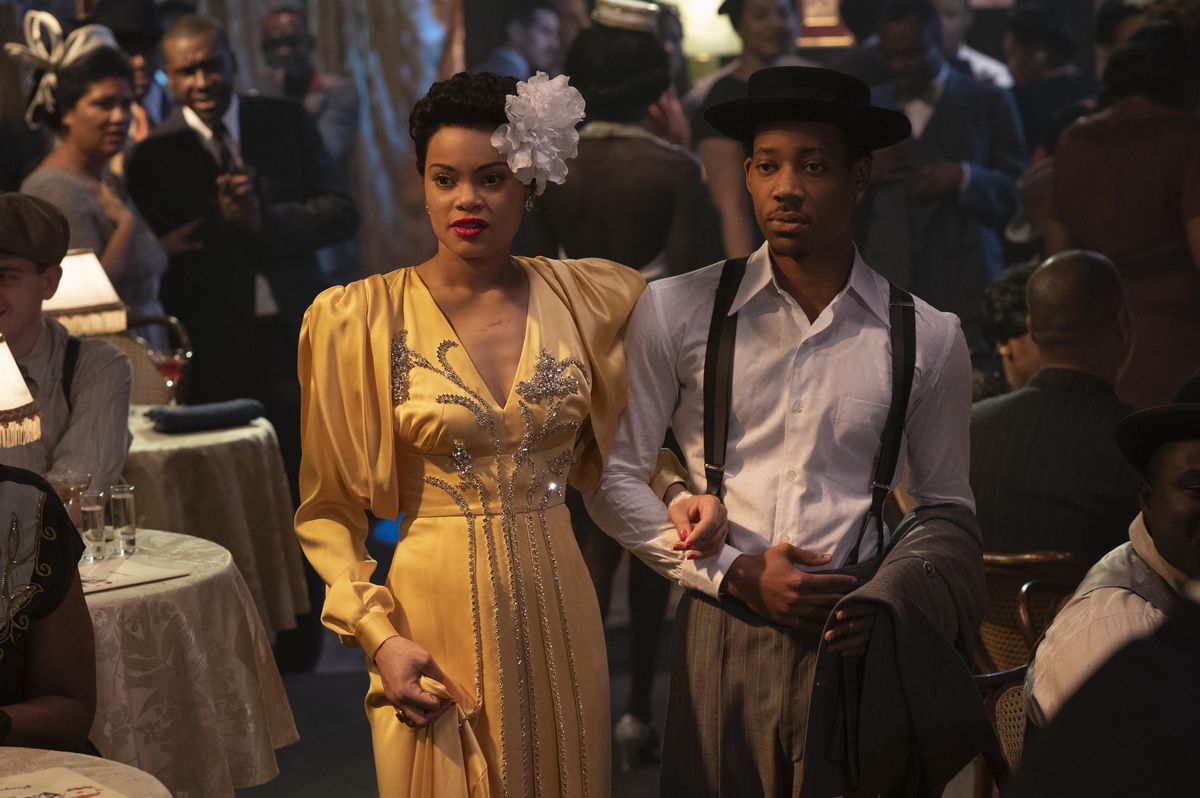 In just a few a weeks, the world will get to see Andra Day take on her first major leading role as Billie Holiday, the influential jazz singer who transcended music with her early civil rights activism and anti-racist work.

The film, which captures the complexities of Holiday's tortured life as an addict and Black woman in America, centers on the struggles that ensued following the release of her song "Strange Fruit," which protested the lynching epidemic in South (and ultimately made her a target by the government and society at large).

For The United States vs. Billie Holiday, as the movie is called, director Lee Daniels wanted to incorporate a big name from the fashion world to collaborate on the costumes, which would capture Holiday's elegance and glamour. Thanks to a suggestion from Anna Wintour, Daniels connected with the team at Prada and they agreed to help design costumes for Day.

The film's costume designer Paolo Nieddu worked closely with Prada to dream up nine different key looks, which referenced some of the brand's archives while reinterpreting Holiday's most iconic outfits. Among the standouts are a silk satin evening gown with feather ends and fringe embellishments, and a column dress with a sweetheart neckline and crystal embroidery.

"I went through every single collection on Vogue Runway then started eBaying vintage magazines because I wanted to flip through a magazine rather than print an image," he told Vogue. "We were inspired by a dress from Fall 2017 and then referenced the shoulders from the Resort 2011 collection [for another look]. Then we had hundreds of reference photos of Billie to select from too."

Nieddu's other designs comprised the rest of the film's wardrobe, which incorporated an eclectic mix of vintage accessories, pristine stage gowns and '40s-'50s silhouettes. Nods to the signature white gardenia Holiday adorned her hair with are prevalent, as well.

"With all the glamour, the film has the magic of an Old Hollywood picture," Nieddu adds. "I would love to see a new generation fall in love with Billie and discover her music."

The United States vs. Billie Holiday premieres on Hulu on February 26.