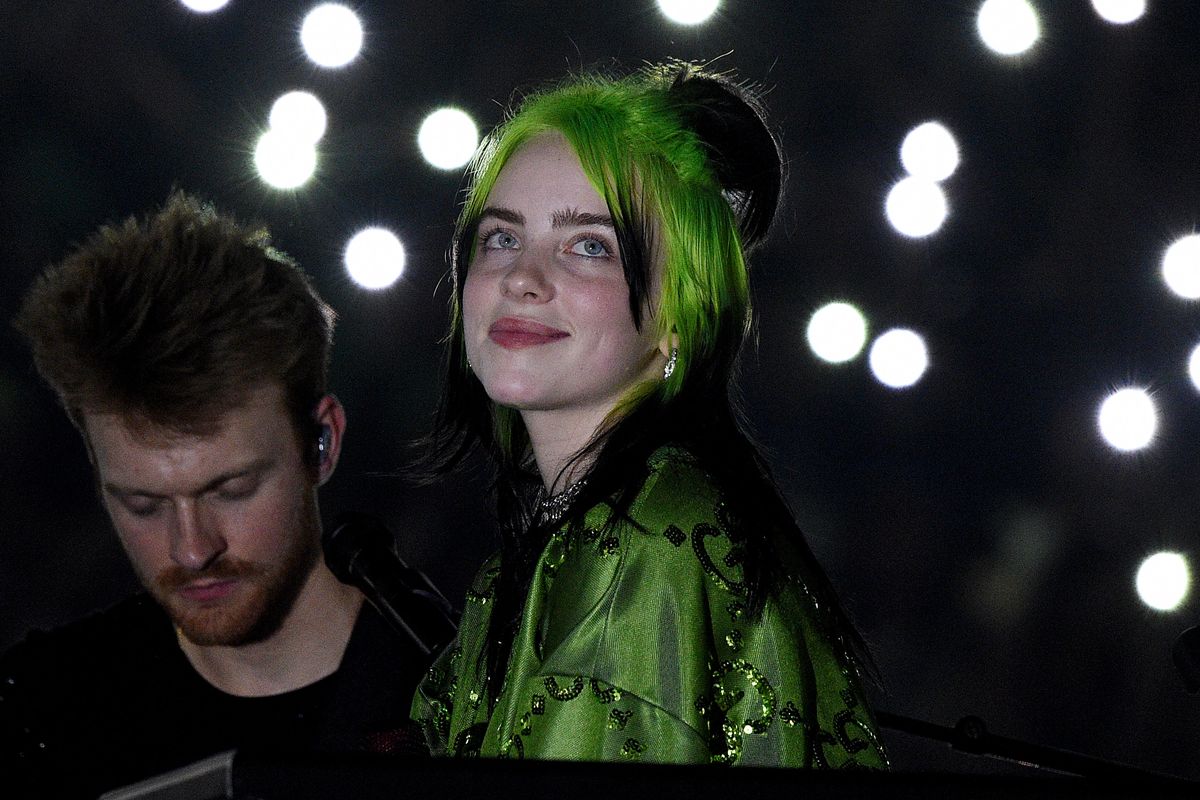 Late last month, Billie Eilish released her latest single, "my future." And since it dropped, it became the artist's first no. 1 on Billboard's "Hot Rock & Alternative Songs" chart. Now, Billie's also launched an interactive online experience that goes along with her new song.

In collaboration with Spotify, her microsite "A Letter to Your Future Self" went live on Thursday. It's an extension of "my future," and following the sentiment behind the hit — which talks about Billie's optimism for what's to come — the site allows fans to write their own messages to their future selves.

The site's background shows the same graphics as the animated music video for "my future," with a cartoon Billie is looking up at the starry night sky. So after writing, choosing a future date, and clicking send on the message, the letter sets a spark out to the sky. The site then sends a message back saying, "I'll see you in a couple years."

"A Letter to Your Future Self" will be open to fans for two months.

Watch the "my future" video below.