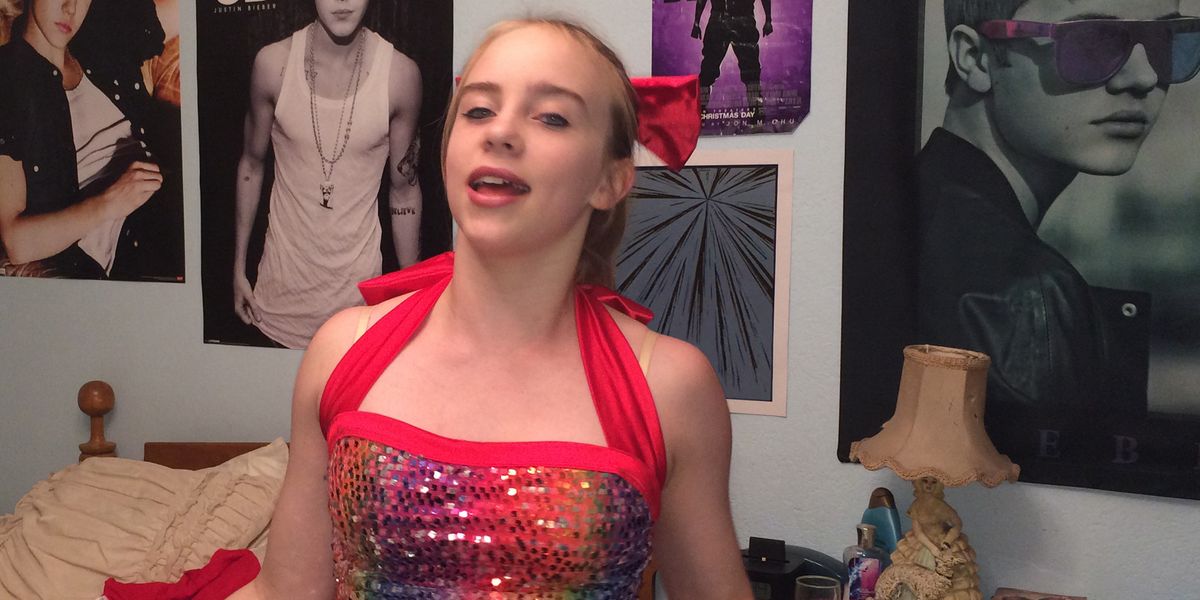 Billie Eilish Had All the Same Freaky Teenage Shit as You

Billie's history of being a Belieber is no secret. The world watched in awe as she finally met her idol at Coachella, and announced the Billie Bieber remix of her chart crushing "Bad Guy" with a throwback of her proudly displaying her Justin Bieber poster collection.

​Captioned "BAD GUY FEAT. JUSTIN BIEBER OUT NOWWW OMGFFFFGGG ANYTHING IS POSSIBLE MAN" accurately captures the excitement I imagine comes with finally working alongside your idol. However, what has become a dream come true for Billie has become a nightmare for me, and possibly everyone else who looked past an adorable young Billie in her rainbow sequin dress and four JB posters.

I experienced a full range of emotions moving from surprise, through curiosity, and finally landing at horrified as I realized that Billie has some absolutely heinous shit on her dresser. I have been so moved and slightly disturbed that I decided to further break down the young pirate's dresser accessories. I encourage those who are faint of heart to take breaks between each item; it's going to get dark, especially because this dresser probably looks uncomfortably similar to the one in your own teenage bedroom.

This item is particularly bizarre. Maybe it's a family heirloom, maybe a gift from a relative, or maybe just something she saw in a thrift store that she really liked. It fits in perfectly with other equestrian adjacent objects. Overall I am comfortably stating publicly that I do, in fact, hate to see it.

If you were you teenage girl in the height of EOS lip balm culture, you may in fact be eligible for veteran benefits. For those who didn't, you've been spared. I don't have the exact numbers, but I'll guess that one of every two lip balms bought in 2009 was a pink EOS lip balm in its now infamous spherical design. The other half were the mint green ones. I don't know where they went, or even when they went, but they had a massive impact on an entire generation, Billie being no exception.

No label is shown, but that iconic shape and color lead me to believe that Billie Eilish had Morraccan Argan Oil shampoo, which is perfectly normal. Keeping it bedside is decidedly less so.

Placed in front of the bedside shampoo, this item is a refreshing humanizing element. Like the EOS army, a Bath & Body Works lotion is essentially a rite of passage of any teenage girl who just became a regular at her local mall.

Somehow one of the most haunting items on Billie's dresser is simple in its appearance. It's a book, with a horse on the cover. Perhaps it's the unsettling amount of questions its existence creates. What book is it? How many times has Billie finished it? Did she enjoy it? Does she still have it? Is the horse on the cover the hero or the bad guy? How much has it inspired her work? Possible the most morbid question: would we have the mega-moody pop star that we have today if she did not read this horse book? Good luck sleeping tonight with all of these unanswered questions.

Is a bedroom even a bedroom if it doesn't have some empty bottle or cup on a dresser? No, it's not. It's a classic staple of any bedroom. I'd go as far as to say it's a required motif in the genre of bedrooms.

This alone is not enough to declare Billie a horse girl, but this in tandem with the horse book and victorian woman sitting, perhaps to enjoy a nice race at the derby, is pretty damning.

Despite the oddity, the contents atop her childhood dresser reaffirm all of the reasons we love Billie Eilish and her music. She has managed to become a dominant figure and product of her times while remaining an individual. A haunting, nightmare inducing individual, but an individual nonetheless.