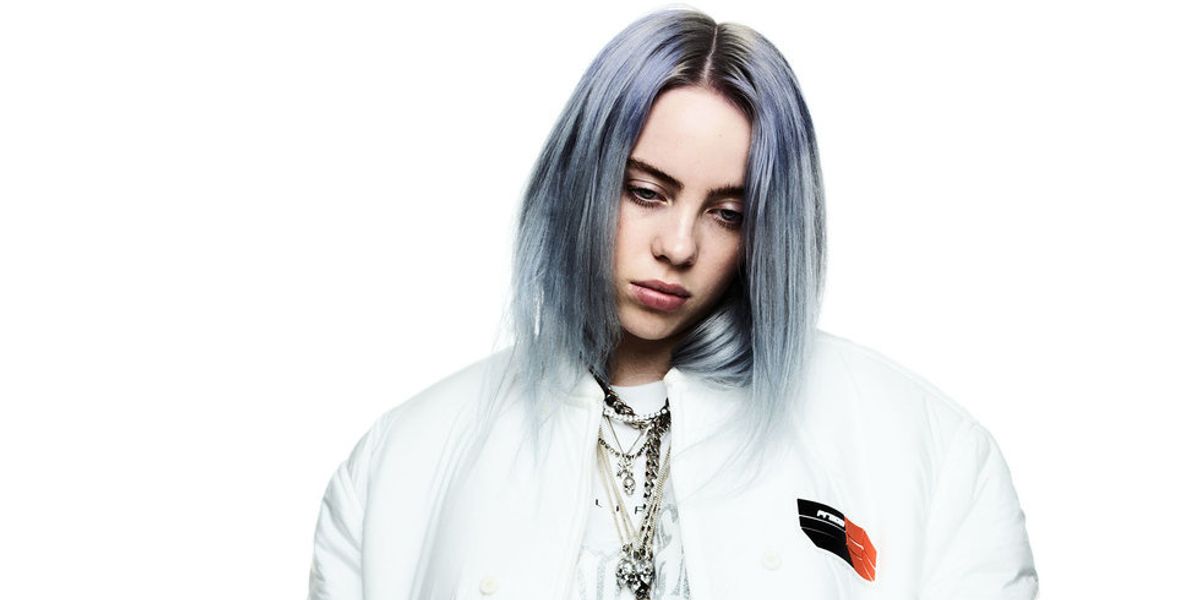 Eilish's goth-pop banger "Bad Guy" — propelled by its perfect Justin Bieber remix — had its own historic run, as the longest-running No. 2 song of all time, before finally invading the No. 1 spot today. It surpassed The Weeknd's "Starboy," Justin Bieber's "Sorry" and OutKast's "The Way You Move" (featuring Sleepy Brown), which all spent eight weeks at No. 2 before moving into No. 1.

According to Billboard, a new vertical video and cassette tape of "Bad Guy" helped it cinch those last few thousand units between it and "Old Town Road."

Billie now has a No. 1 album, with a No. 1 single, after Where Do We Go When We Fall Asleep debuted at No. 1 in April. She joins lil babies like Lorde, Justin Bieber, Tiffany, the Jackson Five and Leslie Gore to have a No. 1 hit before they turn 18. She's also the first artists born in the 2000's to chart a number one hit.

It feels like only the weird virality of Billie could unseat the weird lovable virality of Lil Nas X. If "Bad Guy" didn't gain steam, it's not clear who could've done it. Would Camila and Shawn's canoodling be enough to drive "Señorita" to the top? Could TikTokers have made Lizzo's "Truth Hurts" official royalty? We'll never know.

Naturally, Lil Nas X is being a good sport. After all, these last few weeks were really just icing on the cake for him. Now, he's gotta go make that debut album.

Regardless of the order, it's pretty cool that the top two songs in the country are by a Black gay man, and a 17-year-old goth girl with green hair, whose favorite outfit includes baggy gym shorts. A round of applause for Lil Nas X, "Old Town Road" and weirdos taking over the charts!