Big Sean is Only Going to Get Bigger

You don't necessarily need a pop-up to prove you're popping off, but with three chart-topping records already under his belt, a new album released on Friday, an upcoming tour and a merch drop inspiring a human blockade in Soho, it's clear Big Sean is now very big.

The Kanye-discovery's latest offering, I Decided, was already making waves from the publicity grind alone (cc elderly on Ellen) and based on the first listen, it more than validates its own hype – as does Sean. I decided, his latest fashion foray and an impressive eight-minute freestyle on Hot 97 (during which he publicly denounced Trump), are just several examples of Big Sean growing beyond anyone's expectations. Be still my beating heart.

The turnout is crazy, congratulations! It must feel insane to create merch that garners this kind of love. Tell me a little bit about the collection, how closely does it relate to the album thematically?
Well the album has a lot of themes, reincarnation, second chances...giving life to something, you know what I mean? So that was a big part of the collection. Especially incorporating roses you know, which are alive on one side of the sleeves and dead on the other. When we were making the album we were making the merch too so you see with like the jacket, 'the underdog just turned into the wolf' on the back. They're lyrics to the songs, but it's a mentality too.

That underdog mentality has been a running theme in your music, but surely the wolf metaphor implies that you've finally arrived? That you can stop hustling? I mean, do you feel like you've made it?
Oh hell no! 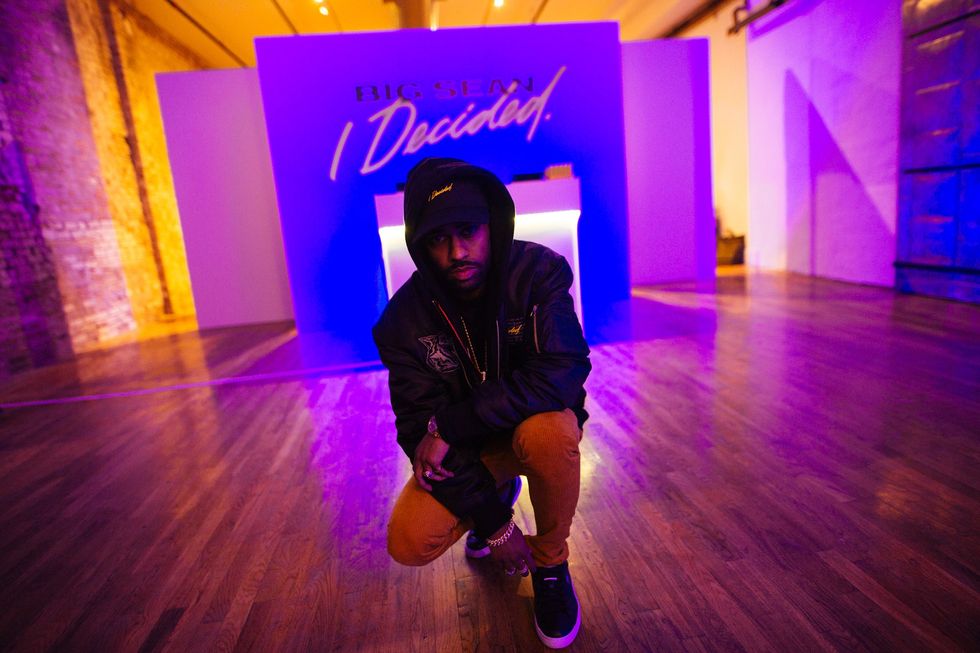 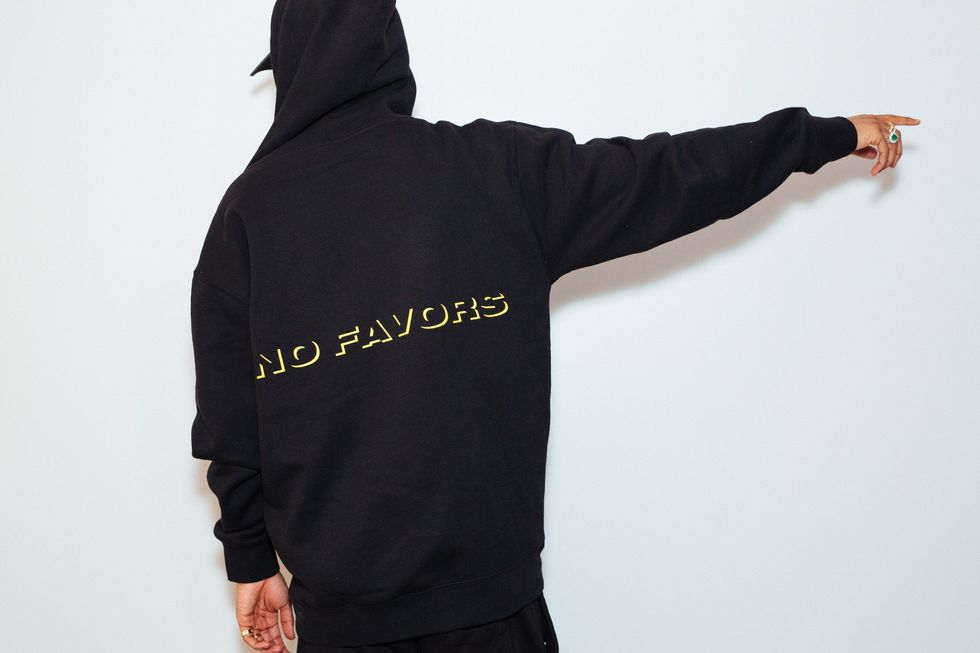 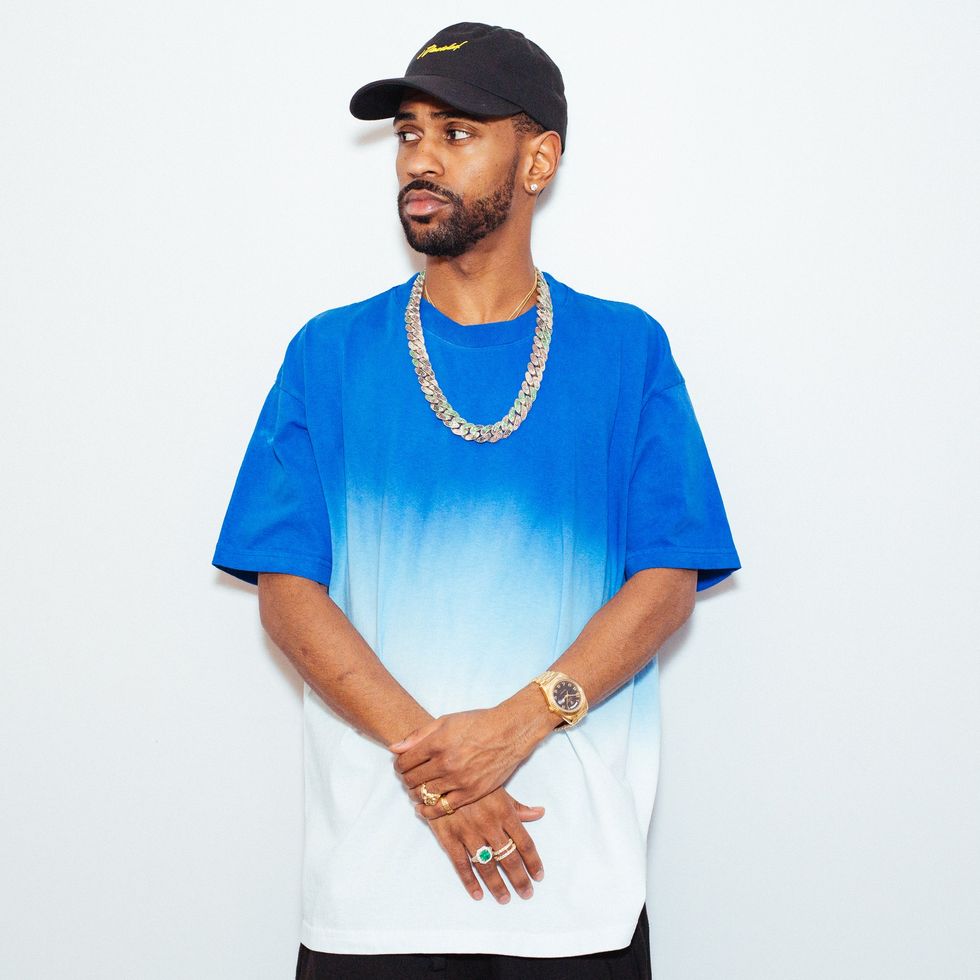 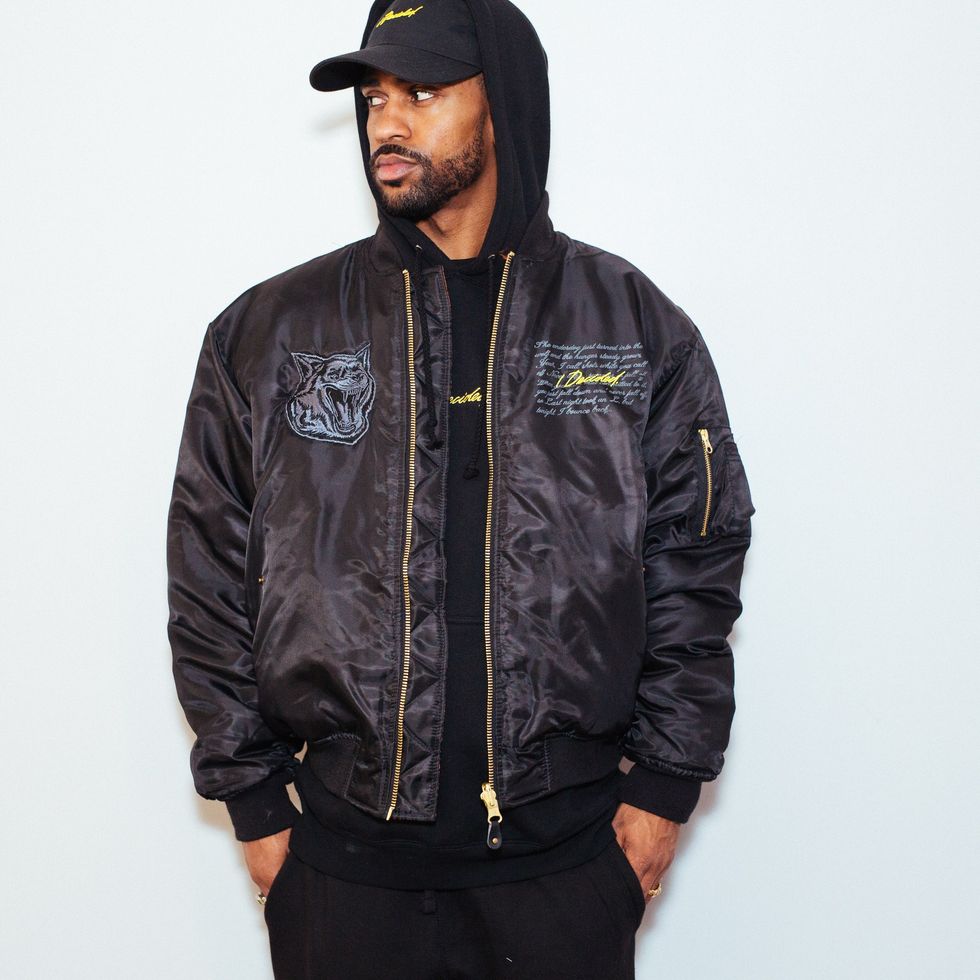 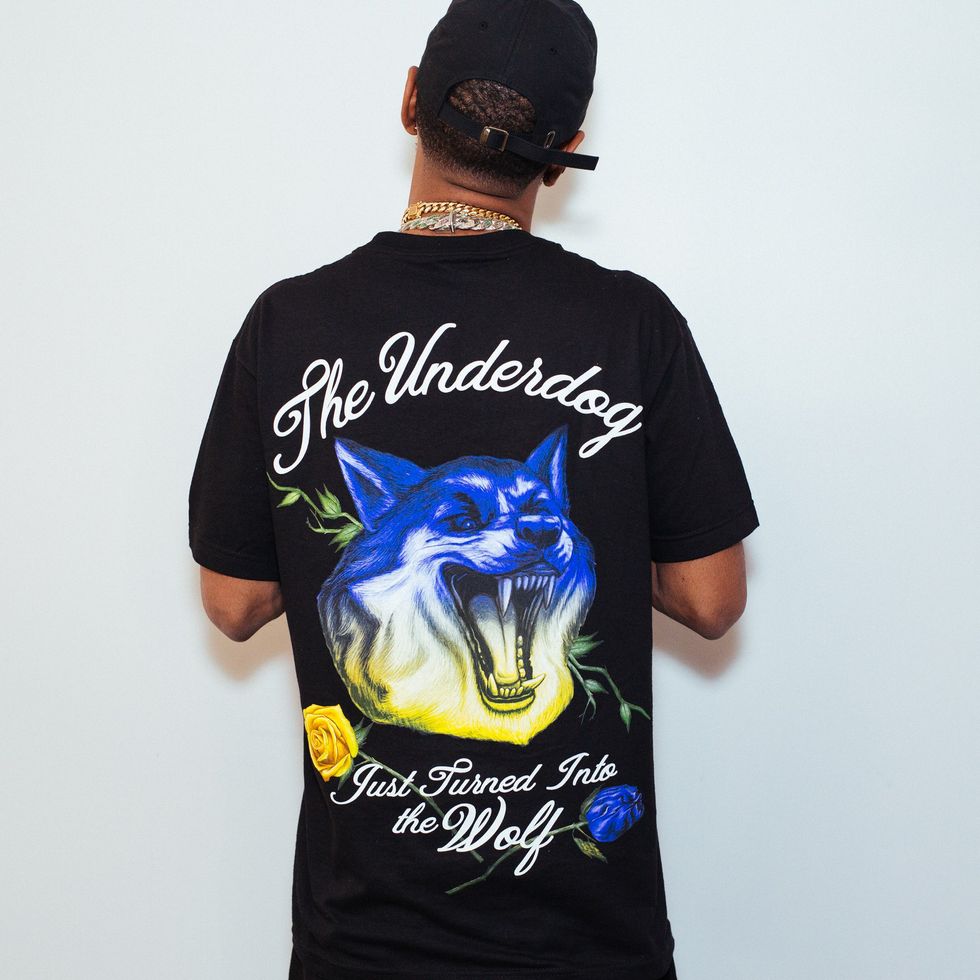 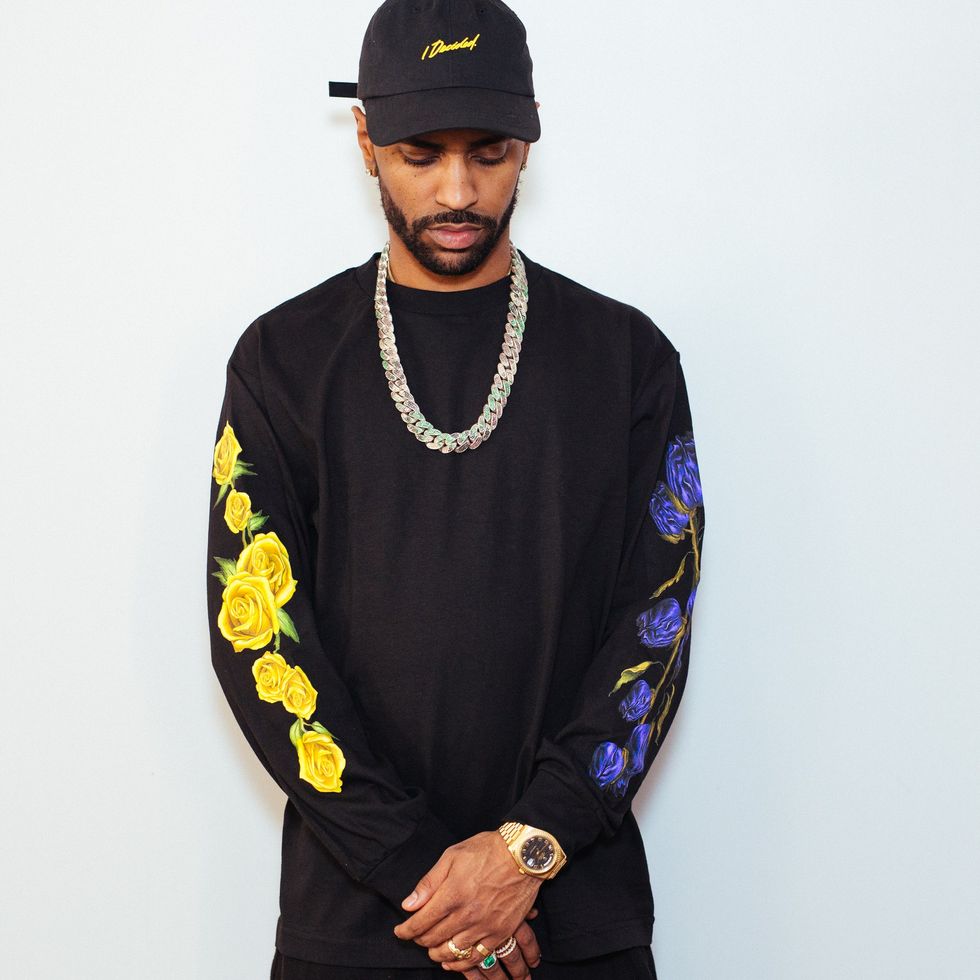 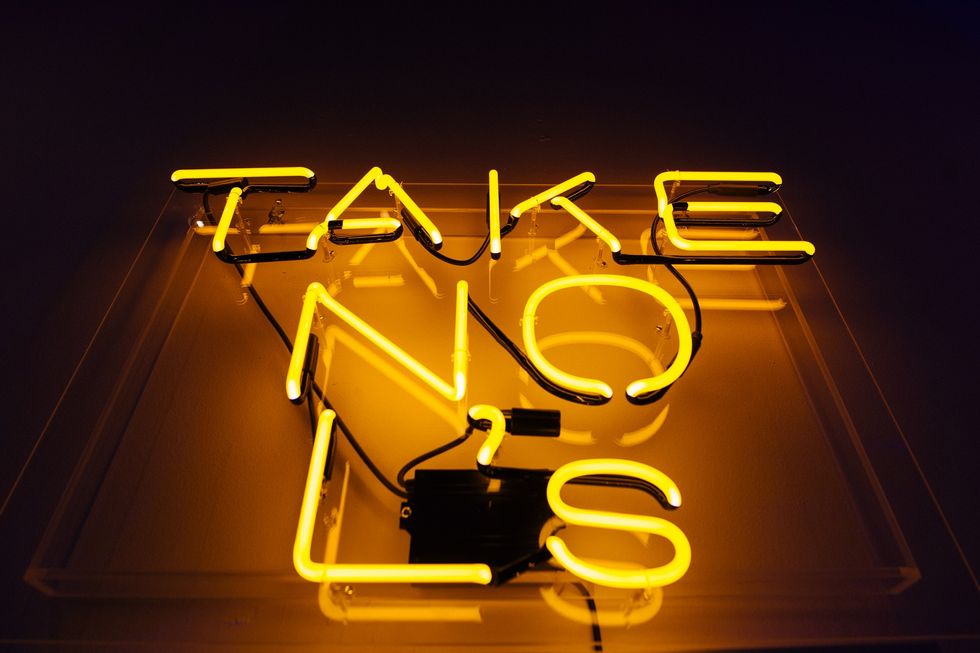 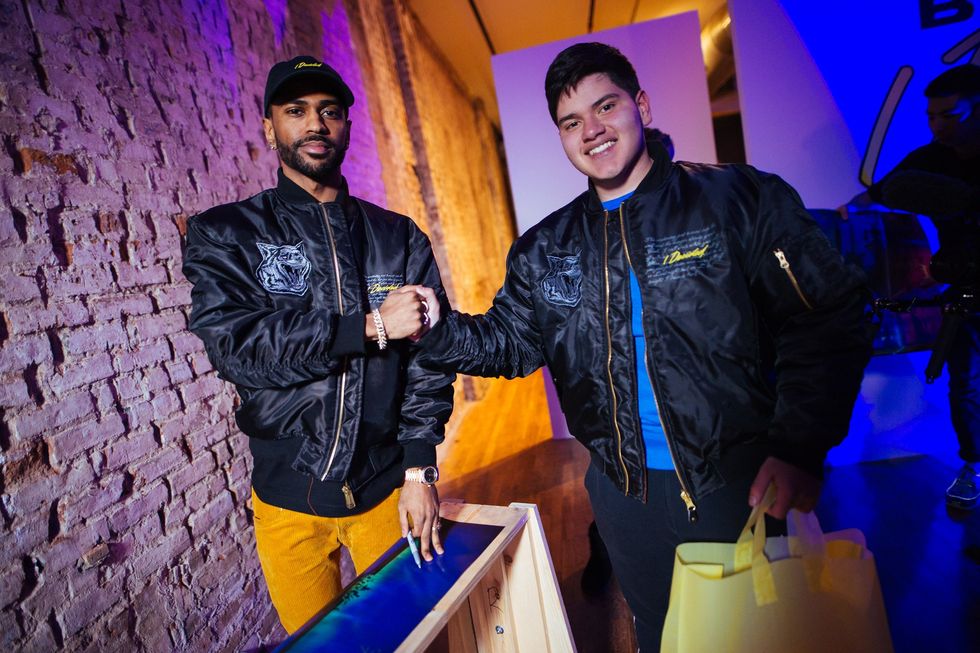 No?
No I'm hungrier than ever now! I just feel like, I can't even be more grateful to be where I'm at, but I just want to go forward.

I feel like you're an anomaly in hip-hop though, because you've always been really humble coming up. You've never called out other rappers, you've never started beef. That's rare.
I just show love really, that's what it's all about. In this day and age man 2017, we haven't got time for shit but love. I just want people to support, you can't knock anybody for trying anything. You might as well try you feel me.

That's super mature. I also feel like I Decided, as opposed to Dark Sky Paradise, is much more mature. You're tackling wider themes, social injustice, I mean you went on Hot 97 today and talked about killing Trump. Why the shift? What propelled you to want to use your platform to address that kind of stuff?
You got to say something. You got to say something. If you're in the position to do it, you've just got to. You've got to say something they're going to remember you for, because that's what's going to make a difference. That's how I feel. That's my whole thing with the music, I don't really care about what the critics say or the awards shows say, I'm more concerned about how it's affecting people late at night when they've got their back against the wall and nothing to look forward to. If you're grandparents died or your mama just died. It's about inspiring them. Not making it too preachy, making it easy listening, so you can digest it. I'm concerned with the music making people feel good.